The Saga of Africa's Maned Lionesses 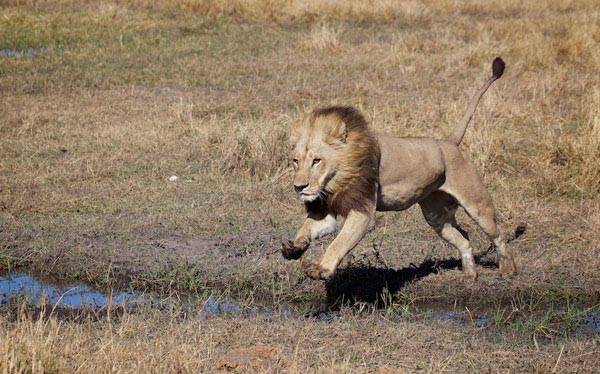 
If it looks like a male lion and is perceived as a male lion - well, sometimes it isn't. That's the case of Africa's unusual maned lionesses, which sport a male's luxurious locks and may even fool competitors. Though uncommon, maned lionesses have been regularly sighted in the Mombo area of Botswana's Okavango Delta, where the lion population may carry a genetic disposition toward the phenomenon, according to Luke Hunter, president of the big-cat conservation group Panthera, which collaborates with National Geographic's Big Cats Initiative. 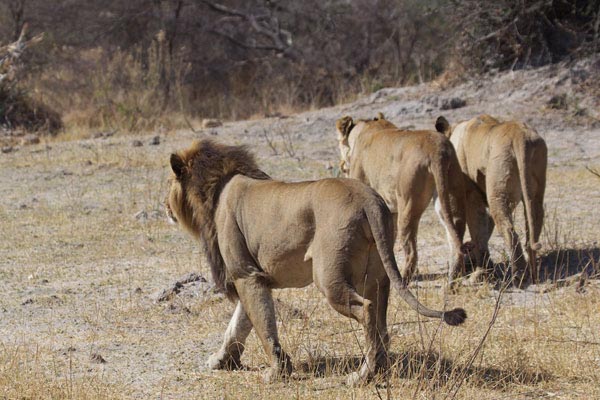 It's possible that maned lionesses in Mombo are related - including a safari favorite named Martina (see below) who disappeared in 2002. Such masculine females likely occur when the embryo is disrupted, either at conception or while in the womb. If the former case, the genetic contribution of the sperm - which determines the sex of the fetus in most mammals - was probably aberrant, giving rise to a female with some male characteristics. Alternatively and perhaps more likely, the problem may have occurred during gestation if the fetus was exposed to increased levels of androgens - male hormones such as testosterone. If a lion mother had abnormally high androgens during pregnancy, her female offspring may end up masculinized - a situation that occurs occasionally in people but which is rarely observed in wild animals.

Whatever the case, such lionesses would likely be infertile but otherwise perfectly capable of surviving. In fact, their manes may actually be a boon to the pride - for instance, if the female is perceived as a male, she may better defend kills from hyenas or the pride from attacks by foreign males. In the case of the pictured female, Hunter said, it seems like she's treated as a lioness by the rest of the pride. It would be interesting to know if she behaved like a male. Two similarly aberrant Serengeti lionesses were outwardly female they did not have manes, but were almost male-sized, and they challenged and fought unfamiliar males for territories as though they were males. 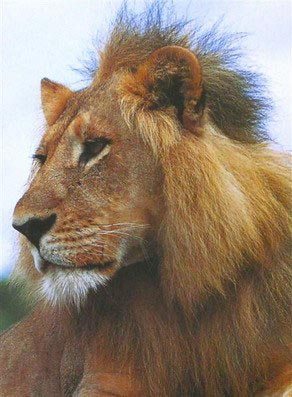 During the late 1990s through until 2002, a rather peculiar lioness and her pride used the immediate vicinity of Mombo camp in the Okavango Delta, Botswana. Martina, as she was named, was a huge muscular lioness with a mane resembling that of a four year old male lion (pictured at top). The remainder of the pride consisted of another (maneless) lioness and her two cubs. Martina herself was never seen to conceive and give birth to cubs even though she was observed mating on one occasion.

This pride never managed to successfully settle down in the area. This was most likely due to the high density of lions and the intense competition amongst male lions for territorial control. As an apparent young male with a pride, Martina was regularly harassed and hounded by marauding male lion coalitions and eventually left the area, the pride moving to the south and west never to be seen again. So what caused this genetic abnormality?

Over the years of her presence around Mombo many a debate about her genetic makeup was held at the dinner table and fireside. Was this an expression of gene carried on the x chromosome? Was this merely a freak mutation, never to be seen again? Was this a result of genetic mutation due to intense in-breeding? Was this a recessive gene able to be transferred to offspring?

Whatever the reason, her genetics doomed Martina to reproductive failure and caused her pride to be forced out of the area. By the same token however she was a superb hunter and was not harassed by spotted hyenas as a result of their perception that she was an adult male lion.

The mystery was never solved and the story of Martina became history. read more ....

The black-maned lioness of the Okavango 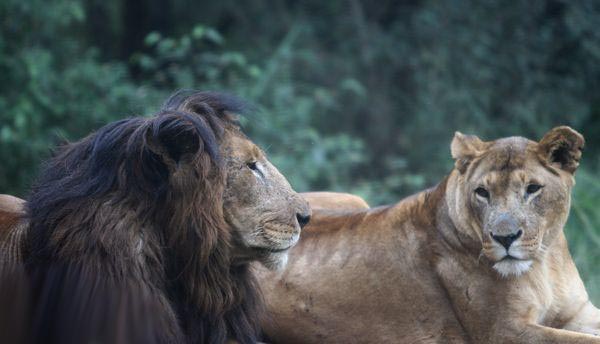 There is a small pride of lions at Mombo Camp in the Okavango called the Western Pride. One particular female within this pride - known by the locals as Mmamoriri - is very special. She has a dark, full mane, making her appear to be a male! Mombo Camp is situated on the north-western tip of Chiefs Island in the Okavango Delta. Due to the isolation of this area, surrounded on three sides by the permanent swamp, some strange anomalies crop up in the environment.

During the late 1990s, a lioness by the name of Martina was a regular feature on the landscape. She also sported a beautiful, blonde mane - so the current lioness is widely considered to be a descendant this individual. It is unlikely that animals with this condition are able to breed, however, so other genetic factors must be at play here in order for this to occur.

How this aberration comes about is unclear, but Dr. Luke Hunter of Panthera feels that this condition most likely originates either at conception or during fetal development in the womb, resulting in a female offspring having certain male characteristics, or vice-versa.