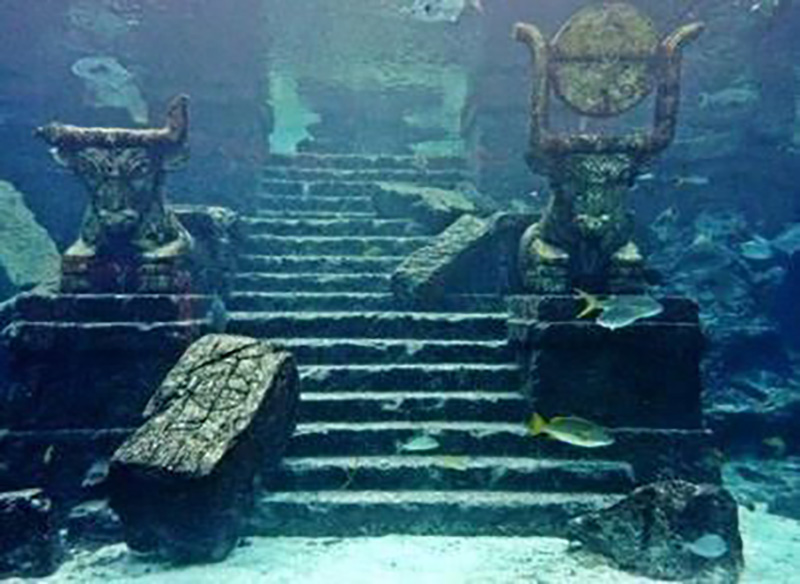 Ancient temple found under Lake Titicaca   BBC - August 23, 2000
The ruins of an ancient temple have been found by international archaeologists under Lake Titicaca, the world's highest lake. A terrace for crops, a long road and an 800-metre (2,600 feet) long wall was also found under the waters of the lake, sited in the Andes mountains between Bolivia and Peru. Dating back 1,000 to 1,500 years ago, the ruins are pre-Incan. They have been attributed to the indigenous Tiwanaku or Tiahuanaco people, said Lorenzo Epis, the Italian scientist leading the Atahuallpa 2000 scientific expedition. The holy temple measures 200m by 50m (660ft by 160ft) almost twice the size of an average football pitch. More than 200 dives were made into the lake, to depths of as much as 30m (100ft), to record the ruins on film.