Kinesiology, also known as human kinetics, is the scientific study of human movement. Kinesiology addresses physiological, mechanical, and psychological mechanisms. Applications of kinesiology to human health include biomechanics and orthopedics; strength and conditioning; sport psychology; methods of rehabilitation, such as physical and occupational therapy; and sport and exercise.

Individuals who have earned degrees in kinesiology can work in research, the fitness industry, clinical settings, and in industrial environments. Studies of human and animal motion include measures from motion tracking systems, electrophysiology of muscle and brain activity, various methods for monitoring physiological function, and other behavioral and cognitive research techniques. Kinesiology as described above should not be confused with applied kinesiology, a controversial medical diagnostic method. Read more ... 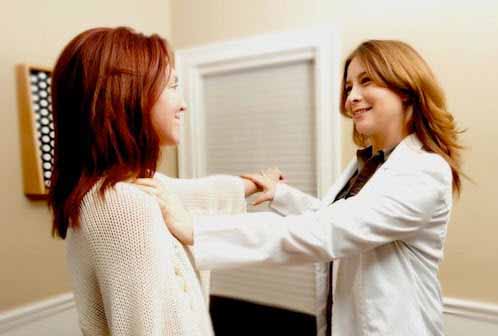 Muscle testing can be performed upon others, or it can also be self-applied. When one person performs it upon another, as I experienced it, the testing party (the tester) will have the test-receiving party (the tested) stand with feet parallel and at shoulder width, and then raise one arm straight out. The tester will then first ask the tested to display a weak response meaning, the tester will press down on the out-raised arm, and the tested party is to let the arm be guided down to her/his side without resistance. The tester then raises the arm to the outright position again, and asks for a strong response this time, the tested person is to resist, and not let their arm be forced down at all.

Once the two responses have been experienced by both parties, the tester will then get into a series of questions, and after each one, will again press down on the tested's out-raised arm to see which response occurs. The concept is that if the question involves something strong/beneficial/positive for the tested, then the response will be strong, and the arm won't budge downward but if the question is probing into something that's weak, detrimental, or negative for the person being tested, then the arm will collapse without much effort. 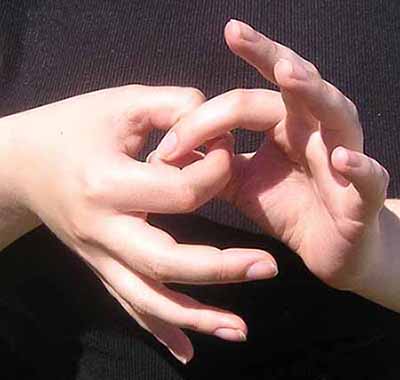 Kinesiology is sometimes used as an oracle of divination. A very common method is to make a circle of the thumb and either the index or middle finger of one hand, and then to do the same with the other hand, such that the two circles are intertwined. A Yes or No question is asked and the fingers are tucked gentle. If there is resistance to the fingers separating - the answer is YES. If the fingers on other hand separate the answer is NO.