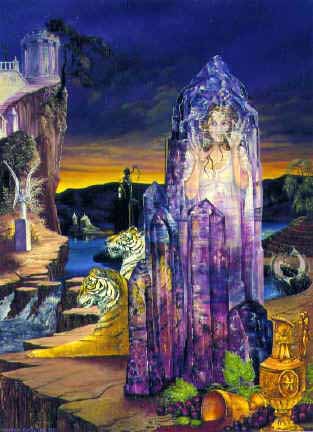 If something is invisible, it is hidden, unseen in physical consciousness, by choice or design. This not only applies to adults, but children, ideas, hopes, dreams, fears, and truths.

Within our crystal creation, our crystalline body or matrix, there exists an invisible child longing to be recognized and set free. It looks out as if trapped within the crystal prisms of emotional reality. Often times it cries out in fear, pain, or anger, though no one seems to hear. It is the time for it to be acknowledged and heard, so it can be free to spiral into the complexities of the realities in which we all exist.

The Invisible Child often deals with avoidance as a coping mechanism thus becoming unobtrusive, not having to deal with things and people that are negative around them. This often goes to issues of self esteem and avoidance. Camouflage protects against vulnerability.

The Invisible Child can sometimes feel disconnected from their body or emotions. They can lose themselves in nothingness, their identity becoming merged with outer circumstances finding a loss of ego identity amidst the vastness of humanity. This allows the Invisible Child to avoid responsibility, detection or ownership. The Invisible Child perceives every turn of the head, or overlooked comment as a reinforcement of their worthlessness and invisibility. The sense of victimization is pronounced in this archetypal pattern and she can be particularly vulnerable to suicide and attempted suicide as a means of creating visibility, to know that she is real and physical even in the act of death or particularly through death.

Sometimes the Invisible Child can hide behind an effective facade of the bubbly center-of-attention favorite friend. In private the Invisible Child puts the mask away feeling more unseen and unknown than before. The Invisible Child often feels alienated from society and from what he refers to as 'normal' people. It is difficult to claim his body, to make his true opinions known and to voice his feelings. Thus, the poser becomes the preferred method for surviving in a social world. The Invisible Child becomes masterful at creating an image that others find acceptable. This only engenders feelings of inadequacy and self-rejection.

The positive Invisible Child has an inner wisdom, an innate knowing of his oneness with all of life and creation. They seek out metaphysics and healing as a way of learning about themselves on a higher level of experience. In the world, they content to act anonymously on behalf of others, not needing to be seen, appreciated or noticed. They can live alone, others assuming they are unhappy or hiding their feelings. This aspect of the Invisible Child archetype is merely content to remain unknown or unseen and does not need to express himself to feel validated. The Invisible Child plays an important role in families, communities and the world though their contributions may remain unrecognized and achievements unacknowledged which works for them.

The healthy Invisible Child gets counseling to understand who they are and why they feel as they do. They take take care of themselves with proper diet, stress reduction, regular exercise, contact with the nature and honest relationships to feel secure and to value his unique abilities. Honesty becomes the hallmark of the positive Invisible Child as it is the only way to manage their inner life and create meaningful relationships with accountability and responsibility.

Were you an invisible child? Are you an invisible adult? Do you avoid confrontations at all costs? Do you play the role of the victim? When, why, and how are you invisible? Do you want to make changes? There are many professionals and programs out there to help you overcome your issues. If you are ready you will find one, or it will find you. Don't let the invisible child in you become the lost adult.