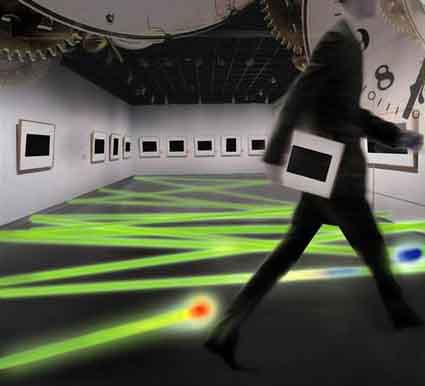 Metamaterial cloaking is the scientific application of metamaterials in order to achieve invisibility-cloaking. This is accomplished by manipulating the paths traversed by light through a novel optical material. Metamaterials direct and control the propagation and transmission of specified parts of the light spectrum and demonstrate the potential to render an object seemingly invisible. Metamaterial cloaking, based on transformation optics, describes the process of shielding something from view by controlling electromagnetic radiation. Objects in the defined location are still present, but incident waves are guided around them without being affected by the object itself. Read more ...


Invisibility in Mythology, Fiction, and Pseudoscience

Have you ever thought about being invisible at will - using a cloak or other device to get there - the magic of Harry Potter? Whether you reason it would take you to the world of scientific discovery, espionage, pseudoscience, most people at some point dream about the power of invisibility. In physical reality our powers are stripped away ... but somehow you know that's all about to magically change along with what we know about the Illusion of Time.

In science fiction cloaking, there is generally presented an assumed quasi-scientific, in-universe basis for the concept of achieving invisibility. Conversely, invisibility and cloaking is commonly presented in the science fantasy genre as a magical phenomenon, rather than in forms that rely on pure science.

Camouflaging cloaks form a central plot element in Samuel R. Delany's 1975 novel Dhalgren and the Harry Potter series of novels by J.K. Rowling. Harry uses the cloak to sneak into forbidden areas of the school. 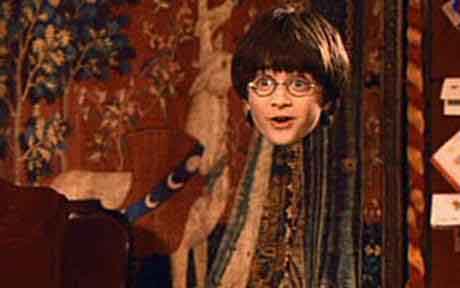 The Cap of Invisibility has appeared in Greek myth: Hades was ascribed possession of a cap or helmet that made the wearer invisible. In some versions of the Perseus myth, Perseus borrows this cap from the goddess Athena and uses it to sneak up on the sleeping Medusa when he kills her.

A similar helmet, the Tarnhelm, is found in Norse mythology. In the Second Branch of the Mabinogi, one of the important texts of Welsh mythology, Caswallawn (the historical Cassivellaunus) murders Caradog ap Bran and other chieftains left in charge of Britain while wearing a cloak of invisibility.

The cloaking devices appearing in Star Wars, Star Trek and Stargate, present a similar notion in a science fiction form, but are generally used to hide larger scale objects, such as space ships.

Cloaks of invisibility are relatively rare in folklore; although they do occur in some fairy tales, such as The Twelve Dancing Princesses, a more common trope is the cap of invisibility.

Edgar Rice Burroughs uses the idea of an invisibility cloak in his 1931 novel A Fighting Man of Mars.

The movie, Erik the Viking humorously depicts the title character using a cloak of invisibility, which he does not realize apparently works only on elderly men.

In the Lord of the Rings, Frodo's elven cloak camouflaged him so that the enemy could see "nothing more than a boulder where the Hobbits were"; this magical item was used in the Dungeons & Dragons game.

Cloaking devices have been used in video games, for example Battlefield Heroes Team Fortress 2 and the Halo series, where they aid stealth-based characters. Also, Crossfire has a game mode (appropriately called Ghost Mode) with the Black List Terrorists cloaked, and using stealth to detonate specific targets.

Now you see it: Invisibility material created   Science Daily - March 29, 2018
The thin swatches can quickly change how they reflect heat, smoothing or wrinkling their surfaces in under a second after being stretched or electrically triggered. That makes them invisible to infrared night vision tools or lets them modulate their temperatures


New invisibility cloak to conceal objects in diffusive atmospheres not just in direct light   PhysOrg - January 22, 2017
Researchers have come up with a new invisibility cloak capable of concealing objects in diffusive atmospheres, not just in direct light. The idea of making an object invisible by surrounding it in a special material capable of bending the light around it was proposed about a decade ago. Since then, scientists have discovered that producing a device of this type is fraught with difficulties from a fundamental as well a technological point of view. The proposal devised by researchers takes a different approach based on a technique known as transformation optics, which determines which material is best suited to creating the cloak and concealing the object.


Researchers determine fundamental limits of invisibility cloaks   PhysOrg - July 5, 2016
Researchers have been able to quantify fundamental physical limitations on the performance of cloaking devices, a technology that allows objects to become invisible or undetectable to electromagnetic waves including radio waves, microwaves, infrared and visible light. The researchers' theory confirms that it is possible to use cloaks to perfectly hide an object for a specific wavelength, but hiding an object from an illumination containing different wavelengths becomes more challenging as the size of the object increases.


Ultrathin 'Invisibility Cloak' Can Match Any Background   Live Science - September 17, 2015
Researchers have built an ultrathin "invisibility cloak" that gets around this problem, by turning objects into perfect, flat mirrors. Invisibility cloaks are designed to bend light around an object, but materials that do this are typically hard to shape and only work from narrow angles - if you walk around the cloaked object, for instance, it's visible. But a new cloak avoids that problem, and is thin and flexible enough to be wrapped around an object of any shape, the researchers said. It can also be "tuned" to match whatever background is behind it - or can even create illusions of what's there. The group constructed a thin film consisting of a 50-nanometer-thick layer of magnesium fluoride topped by a varying pattern of tiny, brick-shaped gold antennas, each 30 nanometers thick. The "bricks" were built in six different sizes, ranging from about 30 to 220 nanometers long and 90 to 175 nanometers wide.


Mathematicians formulate equations, bend light and figure out how to hide things   PhysOrg - June 22, 2015
Today, between illusionists who make the Statue of Liberty disappear to Harry Potter's invisibility cloak that not only hides him from view but also protects him from spells, pop culture has embraced the idea of hiding behind force fields and magical materials. And not too surprisingly, National Science Foundation (NSF)-funded mathematicians, scientists and engineers are equally fascinated and looking at how and if they can transform science fiction into, well, just science.


The invisibility cloak for TIME: Experts create a cloaking device capable of hiding entire events in 'bubbles'   Daily Mail - December 2, 2014
The quest for a true invisibility cloak, seen in films such as Harry Potter, is the holy grail for physicists. But while many have been able to briefly conceal objects from view, and even shield sounds, one team has developed a way to cloak entire events. By concealing these events behind strands of laser light, the researchers could make it appear as if a moment - such as an object moving from one position to another - had spontaneously occurred of travelled inside a 'bubble of time.'


Elastic Cloaking Material Makes Objects Unfeelable   Scientific American - July 3, 2014
Invisibility cloaks, once thought of as the province only of Harry Potter tales and Star Trek, have become reality in the past decade or so. Now scientists have developed an "unfeelability cloak," a material that hides objects within it from being felt or touched. The researchers suggest that in the future such cloaks might find help protect objects from bumps and pokes that might otherwise harm them. Invisibility cloaks work by smoothly guiding light waves around objects so the waves ripple along their original trajectories as if nothing were there to block them. Scientists have designed cloaking materials that work against other kinds of waves as wellŃfor example, inaudibility cloaks hide objects from the acoustic waves used in sonar.

The unfeelability cloak is a so-called pentamode metamaterial, an artificial structure that, despite being a solid, can behave like a fluid; although difficult to compress, its shape is otherwise easy to shift. The specific material the researchers devised is a three-dimensional hexagonal lattice reminiscent of a honeycomb, with the rods making up this lattice wider at their middles than at their ends. "This is the first experimental example of an elastomechanical unfeelability cloak, and one of the first applications demonstrated for pentamode materials.3


Invisibility 'time cloak' developed   BBC - June 6, 2013
An "invisibility" time cloak which is able to hide events in a continuous stream of light has been developed by scientists. The cloak works by manipulating the speed of light in optical fibres and means any interaction which takes place during this "hole in time" is not detected. That is, a beam of light can be manipulated along its path. An important part of the present paper exploits the principle of space-time duality, which means that like in the original concept of a temporal cloak, one of the directions of spatial cloaking had been replaced by time. It shows how beautiful the space-time principles are that can be used in optics. While previous cloaks are interesting as well, in the sense that they change optics in space, now we can change the way light, and thus information, behaves in space and time.


Drone Couture: Designing Invisibility   Smithsonian - February 2, 2013
Harvey, in collaboration with fashion designer Johanna Bloomfield, has developed Stealth Wear, a new fashion line designed for counter-surveillance. The Anti-Drone garments are a response to a very real concern about the growing loss of privacy and the increased use of new surveillance technologies and autonomous drones. The Stealth Wear garments are made with a light-weight, metalized (half-silver, half-nickel) fabric that reflects heat, making it capable of blocking IR and thermal imaging scans.