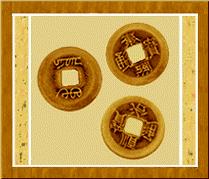 The I Ching is an ancient Chinese oracle that provides an Oriental philosophical perspective to give insight on situations and problems. "I" means change. "Ching" means book. Therefore I Ching means 'The Book Of Changes'.

The I Ching is both a book and a method of divination that represents one of the first efforts of humans to grasp their relationship to nature and society. It is a book of wisdom that illustrates correct and balanced action in a multitude of situations. It is a chart of changes. The basis of the I Ching philosophy is that nothing is static and that our task is to adjust to the ebbs and flows of change.

The I Ching has evolved over the centuries and is a mix of Taoist and Confucian philosophy. It is possibly the oldest book in existence. Its origins date back about 5000 years to the time of the ruler Fu Hsi. Fu Hsi was said to have found the eight trigrams that form the sixty-four hexagrams on the shell of a tortoise. Fu Hsi is credited as being the first person to give some order to what was, at that time, an uncivilized culture.

The meanings evolved from then on but the book was used mostly for predicting natural events until King Wen wrote the first expositions on the sixty-four hexagrams about 3000 years ago. He wrote them while in prison from a vision on the prison wall. These were the first comments that included social and political connotations. Many renowned Chinese philosophers such as Lao Tzu and Confucius have influenced the I Ching through the centuries. Confucius was particularly dedicated to the study and application of the ideas in the I Ching.

Each inquiry to the oracle will result in a hexagram reading and possibly additional line readings. A hexagram is made up of two trigrams. There are eight possible trigrams: Ch'ien (Cosmos), Chen (Thunder), K'an (Water), Ken (Mountain), K'un (Earth), Sun (Wind/Wood), Li (Fire), and Tui (Lake). Each trigram is made up of three lines. Each line is either broken or solid, corresponding to the complementary forces Yin (negative) and Yang (positive). Every time a coin is thrown, one line of the hexagram is determined, thus, six throws decide a hexagram.

There are sixty-four different hexagrams, and each hexagram has six changing lines, any one of which may or may not apply for any particular reading. One method for casting the oracle is to use three Chinese coins for the throws. Each throw creates one line of the hexagram. One side of the coin represents a two and the other a three. These numbers are added to determine the result of the throw. Changing lines are created if there are any three-of-a-kind throws (a total of six or nine). The secondary reading can be thought of as changing from the primary reading and is only created if there are changing lines in the primary reading. 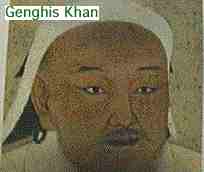