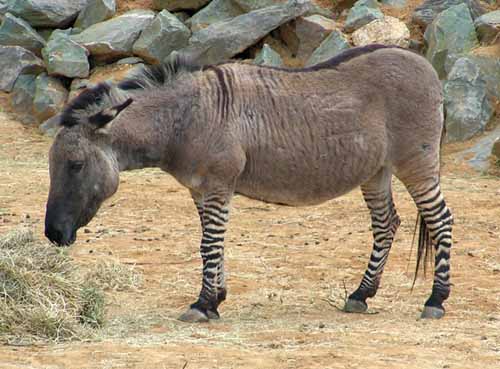 In biology, a hybrid, or crossbreed, is the result of combining the qualities of two organisms of different breeds, varieties, species or genera through sexual reproduction. Hybrids are not always intermediates between their parents (such as in blending inheritance), but can show hybrid vigor, often growing larger or taller than either parent. The concept of a hybrid is interpreted differently in animal and plant breeding, where there is interest in the individual parentage. In genetics, attention is focused on the numbers of chromosomes. In taxonomy, a key question is how closely related the parent species are.

Species are reproductively isolated by strong barriers to hybridization, which include morphological differences, differing times of fertility, mating behaviors and cues, and physiological rejection of sperm cells or the developing embryo. Some act before fertilization and others after it. Similar barriers exist in plants, with differences in flowering times, pollen vectors, inhibition of pollen tube growth, somatoplastic sterility, cytoplasmic-genic male sterility and the structure of the chromosomes. A few animal species and many plant species, however, are the result of hybrid speciation, including important crop plants such as wheat, where the number of chromosomes has been doubled.

Human impact on the environment has resulted in an increase in the intrabreeding between species, with introduced species worldwide, which has resulted in an increase in hybridization. The genetic mixing may threaten many species with extinction, while genetic erosion in crop plants may be damaging the gene pools of many species for future breeding. Many commercially useful fruits, flowers, garden herbs and trees have been produced by hybridization. One flower, Oenothera lamarckiana, was central to early genetics research into mutationism and polyploidy.

Hybrid humans existed during prehistoric ancient times. Mythological hybrids appear in human culture in forms as diverse as the Minotaur, blends of animals, humans and mythical beasts such as centaurs and sphinxes, and the Nephilim of the Biblical apocrypha described as the wicked sons of fallen angels and attractive women. Read more ... Wikipedia