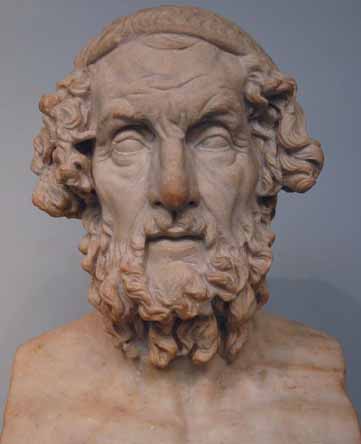 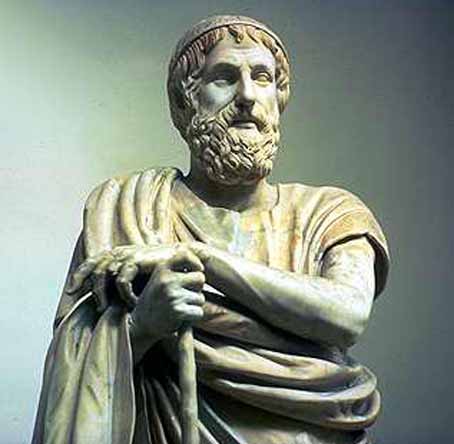 Homer was a legendary early Greek poet traditionally credited with writing the major Greek epics The Iliad and The Odyssey. These two works represent a brilliant retelling of myths and legends. For the Greeks of the 7th century BC. however, these books were their history. Their past had been obliterated by the destruction of Mycenaean Civilization.

The later historian Herodotus - fifth century BC - wrote that Homer was a Greek from Ionia on the west coast of Asia Minor. He was perhaps a native of the island of Chios and supposedly lived around 850 BC. Other historians place him closer to 750 BC.

Tradition depicts Homer as a blind minstrel wandering from place to place reciting poems that had come down to him from a very old oral tradition. Many scholars believe that the books as they exist today were not written by a single person and were not put in writing until centuries after they took their present form.

It is probable that much of the epic tradition of the two books was formed in the 200 or 300 years before an alphabet reached Greece in the 9th or 8th century BC. If so, it is possible that Homer used earlier writings to help him, or he could have dictated his poems to someone else because of his blindness or because he was illiterate.

Scholars generally agree that the Iliad and Odyssey underwent a process of standardization and refinement out of older material beginning in the 8th century BC. An important role in this standardization appears to have been played by the Athenian tyrant Hipparchus, who reformed the recitation of Homeric poetry at the Panathenaic festival. Many classicists hold that this reform must have involved the production of a canonical written text.

Other scholars, however, maintain their belief in the reality of an actual Homer. So little is known or even guessed of his actual life, that a common joke has it that the poems "were not written by Homer, but by another man of the same name," and the classical scholar Richmond Lattimore, author of well regarded poetic translations to English of both epics, once wrote a paper entitled "Homer: Who Was She?" Samuel Butler was more specific, theorizing a young Sicilian woman as author of the Odyssey (but not the Iliad), an idea further speculated on by Robert Graves in his novel Homer's Daughter.

In Greek his name is 'Homeros', which is Greek for "hostage". There is a theory that his name was back-extracted from the name of a society of poets called the Homeridae, which literally means "sons of hostages", i.e., descendants of prisoners of war. As these men were not sent to war because their loyalty on the battlefield was suspect, they would not get killed in battles. Thus they were entrusted with remembering the area's stock of epic poetry, to remember past events, in the times before literacy came to the area.

Most Classicists would agree that, whether there was ever such a composer as "Homer" or not, the Homeric poems are the product of an oral tradition, a generations-old technique that was the collective inheritance of many singer-poets, aoidoi. An analysis of the structure and vocabulary of the Iliad and Odyssey shows that the poems consist of regular, repeating phrases; even entire verses repeat. Could the Iliad and Odyssey have been oral-formulaic poems, composed on the spot by the poet using a collection of memorized traditional verses and phases? Milman Parry and Albert Lord pointed out that such elaborate oral tradition, foreign to today's literate cultures, is typical of epic poetry in an exclusively oral culture. The crucial words are "oral" and "traditional."

Parry started with "traditional." The repetitive chunks of language, he said, were inherited by the singer-poet from his predecessors, and they were useful to the poet in composition. He called these chunks of repetitive language "formulas."Exactly when these poems would have taken on a fixed written form is subject to debate. The traditional solution is the "transcription hypothesis", wherein a non-literate "Homer" dictates his poem to a literate scribe in the 6th century BC or earlier.

More radical Homerists, such as Gregory Nagy, contend that a canonical text of the Homeric poems as "scripture" did not exist until the Hellenistic period (3rd to 1st century BC).

Historical Aspects of the Poems

Another significant question regards the tales' possible historical basis. The commentaries on the Iliad and the Odyssey written in the Hellenistic period began exploring the textual inconsistencies of the poems. Modern classicists continue the tradition.The excavations of Heinrich Schliemann in the late 19th century began to convince scholars there was a historical basis for the Trojan War. Research (pioneered by the aforementioned Parry and Lord) into oral epics in Serbo-Croatian and Turkic languages began to convince scholars that long poems could be preserved with consistency by oral cultures until someone bothered to write them down. The decipherment of Linear B in the 1950s by Michael Ventris and others, convinced scholars of a linguistic continuity between 13th century BC Mycenaean writings and the poems attributed to Homer. 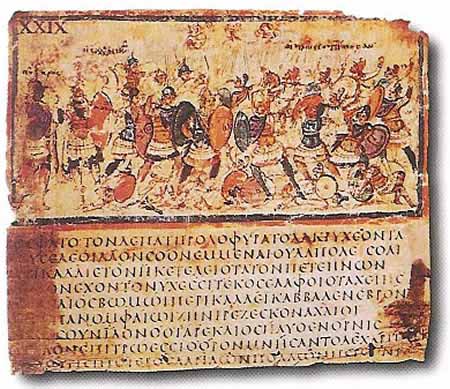 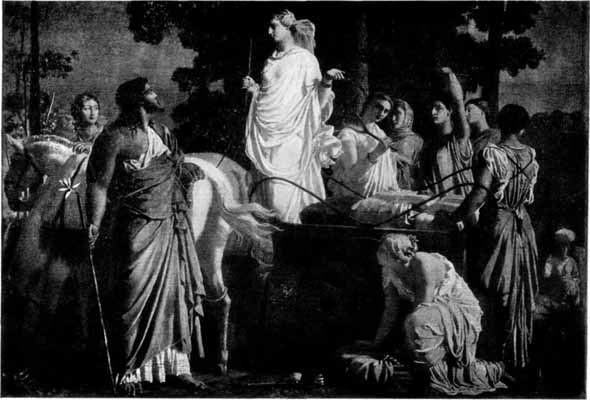