Nazism and the Occult 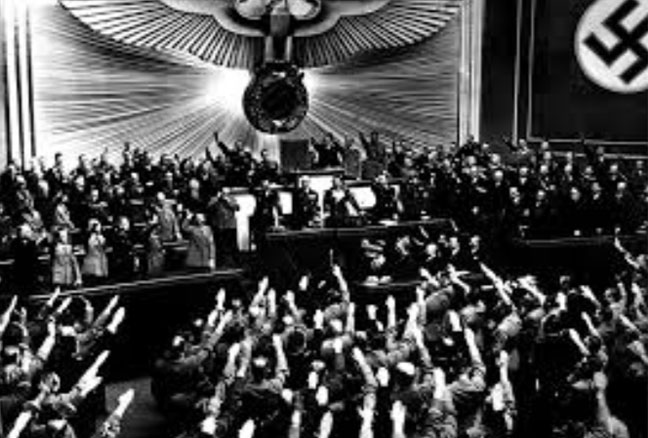 Nazism and occultism describes a range of theories, speculation and research into origins of Nazism and its possible relation to various occult traditions. Such ideas have been a part of popular culture since at least the early 1940s, and gained renewed popularity starting in the 1960s. There are documentaries and books on the topic, among the most significant of which are The Morning of the Magicians (1960) and The Spear of Destiny (1972). Nazism and occultism has also been featured in numerous films, novels, comic books and other fictional media. Perhaps the most prominent example is the film Raiders of the Lost Ark.

Historian Nicholas Goodrick-Clarke analyzed the topic in The Occult Roots of Nazism in which he argued there were in fact links between some ideals of Ariosophy and Nazi ideology. He also analyzed the problems of the numerous popular "occult historiography" books written on the topic. He sought to separate empiricism and sociology from the "Modern Mythology of Nazi Occultism" that exists in many books which "have represented the Nazi phenomenon as the product of arcane and demonic influence". He considered most of these to be "sensational and under-researched".

Conspiracy theorists "frequently identify German National Socialism inter alia as a precursor of the New World Order". With regard to Hitler's later ambition of imposing a National Socialist regime throughout Europe, Nazi propaganda used the term Neuordnung (often poorly translated as "the New Order", while actually referring to the restructuring of state borders on the European map and the resulting post-war economic hegemony of Greater Germany), so one could probably say that the Nazis pursued a new world order in terms of politics. But the claim that Hitler and the Thule Society conspired to create a New World Order (a conspiracy theory, put forward on some webpages) is completely unfounded. Read more


Erik Jan Hanussen, born Hermann Steinschneider (2 June 1889, in Vienna - 25 March 1933, in Berlin), was an Austrian Jewish publicist, charlatan and clairvoyant performer. Acclaimed in his lifetime as a hypnotist, mentalist, occultist, and astrologer, Hanussen was active in Weimar Republic Germany and also at the beginning of Nazi Germany. He is said to have instructed Adolf Hitler in performance and the achievement of dramatic effect

After World War I, Hanussen performed a mind reading, muscle reading, and hypnosis act at La Scala in Berlin that catapulted him to stardom. At his height, he enjoyed the company of Germany's military and business elite, also becoming close with members of the SA (predecessors to the SS). It is claimed he was a supporter of the Nazis despite his Jewish ancestry, which was an open secret. Stories abound of meetings between Hanussen and Hitler, including an encounter shortly before the election of November 1932, during which Hanussen taught Hitler his crowd control techniques of using gestures and dramatic pauses Hanussen was also quite close to other important Nazi officials, to whom he had often lent money, including Wolf-Heinrich Graf von Helldorf, Karl Ernst and Friedrich Wilhelm Ohst.

In 1931 Hanussen purchased a Breslau printing firm and began publishing an occult journal, Hanussen Magazin and Bunte Wochenschau, a popular biweekly Berlin tabloid which included astrological columns. He used the proceeds from his publishing ventures and stage shows to purchase a mansion which became known as "The Palace of the Occult", which he renovated and turned into a luxurious interactive theatre for fortune telling games. Guests would sit around a large circular table and place their palms on glass with symbols lit from beneath; the room lights would be lowered in a sŽance-like fashion; and various gimmicks would highlight Hanussen's dramatic verbal presentation of prophecies to the guests. He predicted events in the lives of the individuals present, but controversy arose when he predicted the future of Germany. He became successful, was always in demand in various venues, and had a full-time valet.

Alfred Neubauer, a famous motor racing team manager, refers to Hanussen in his autobiography, Speed Was My Life (first published in English in 1960). In the chapter 'A Prophecy Comes True', he describes a prediction made by Hanussen before the race at AVUS in Germany in May 1932. While at the Roxy Bar with other drivers, Neubauer challenged Hanussen to predict the winner of the following day's race. After some 'leg pulling', Hanussen wrote two names on a piece of paper, which he folded, and put in an envelope. This was placed in the custody of the barman. He had strict instructions that it be left unopened until after the race. Hanussen announced, 'One of us at this table will win tomorrow, another will die. The two names are in this envelope.' During the race, driver Prince Lobkowicz was killed, and Brauchitsch won. After the race, Neubauer states he opened the envelope and found those names inside. Several days later, a Berlin newspaper reported that Hanussen had urged the German Automobile Club to persuade Prince Lobkowicz not to take part in the race, but Club officials had taken no action.

Predicting the Reichstag fire a decisive event that allowed recently appointed Chancellor of Germany Adolf Hitler to seize absolute power in 1933, was Hanussen's most famous feat of clairvoyance. It also was possibly a miscalculated use of inside information that led to his death shortly thereafter.

Hanussen was assassinated on March 25, 1933, probably by a group of SA men, and was hastily buried in a field on the outskirts of Berlin, near Stahnsdorf. He was potential competition to Hermann Gšring and Joseph Goebbels for the attention of their Fuhrer, which may also have led to his murder. Hanussen's body was discovered over a month later. There are unsubstantiated claims that he may have been involved in the Reichstag fire, hypnotizing and directing Marinus van der Lubbe, the convicted arsonist, to commit the act. Erik Jan Hanussen is buried in the Sźdwestkirchhof Stahnsdorf, near Berlin.

Hitler's obsession with the occult and astrology is well known - but evidence that his aerospace and rocket scientists were plundering alien technology to build Nazi UFOs has never gripped the public imagination. Maurizio Verga's tantalising web pages reveal Werner von Braun and the Luftwaffe design teams could have been guided by extraterrestrials, perhaps looting interstellar components from a crashed spaceship.

Rumors of the Third Reich's underground bases first surfaced in the late Forties, coinciding with the birth of UFO sightings. America's Operation Paperclip was at full throttle, with the FBI smuggling Nazi war criminals into America to take advantage of their scientific expertise. Former Nazis gave America the space race edge, and von Braun's career followed a smooth flightpath from pilotless V2 rockets to Apollo 11 and the first manned moon landing.

Verga believes the Luftwaffe developed a flying disc, in the classic saucer shape, which flew at Prague on February 14, 1945. His photographic evidence is almost certainly faked by Fifties sci-fi fans. Visit his site to enjoy the artist's impressions, which are a glorious delight. It may not be a coincidence that Americans began sighting flying saucers within three years of the alleged Prague test-flight and von Braun's escape to America.

Countless UFO reports of the early Eighties turned out to be sightings of America's Stealth Bombers. Is it possible that the US Air Force did develop Nazi technology to build a fleet of saucers 50 years ago, producIng the first wave of Unidentified Flying Objects? And if those spacecraft were for real, the chilling question remains: what are the menacing objects reported nightly in Nineties skies?