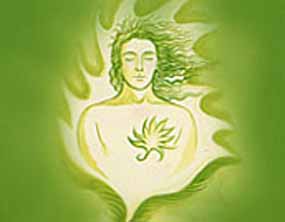 Master of Alchemy and the Emerald Tablets of Thoth

Connected to the Temple of Truth - Thoth=Truth=Time

The Apostle Paul in the time of Jesus

Founder of anchoritic life in Palestine; born at Tabatha, south of Gaza, Palestine, about 291; died in the island of Cyprus about 371. The chief source of information regarding him is the biography written by St. Jerome (P.L. XXIII, 29-54). In the introduction Jerome mentions a letter from St. Epiphanius, Archbishop of Salamis, in regard to the life of Hilarion whom Epiphanius had known personally during the hermit's later years. The letter is not extant. A newly discovered life has been edited by Papadopulos-Kerameus (Analekta Ierosolymikes Stachyologias, V, 1898). Some special circumstances regarding Hilarion are related by the ecclesiastical historian, Sozomen, from oral traditions handed down by Hilarion's disciples; among others that Sozomen's grandfather and another relative were converted to Christianity by Hilarion (Hist. Eccl., V. xv).

Hilarion was the son of pagan parents. The date of his birth is ascertained from the statement of Jerome (Vita, c. xxv), that Hilarion, at the death of Anthony (356), was 65 years old. As a boy Hilarion's parents sent him to Alexandria to be educated in its schools. Here he became a Christian, and at the age of fifteen, attracted by the renown of the anchorite, St. Anthony, he retired to the desert.

After two months of personal intercourse with the great "Father of Anchorites", Hilarion resolved to devote himself to the ascetic life of a hermit. He returned home, divided his fortune among the poor, and then withdrew to a little hut in the desert of Majuma, near Gaza, where he led a life similar to that of St. Anthony. His clothing consisted of a hair shirt, an upper garment of skins, and a short shepherd's cloak; he fasted rigorously, not partaking of his frugal meal until after sunset, and supported himself by weaving baskets.

The greater part of his time was devoted to religious exercises. Miraculous cures and exorcisms of demons which he performed spread his fame in the surrounding country, so that in 329 numerous disciples assembled round him. Many heathens were converted, and people came to seek his help and counsel in such great numbers that he could hardly find time to perform his religious duties. This induced him to bid farewell to his disciples and to return to Egypt about the year 360. Here he visited the places where St. Anthony had lived and the spot where he had died. On the journey thither, he met Dracontius and Philor, two bishops banished by the Emperor Constantius.

Hilarion then went to dwell at Bruchium, near Alexandria, but hearing that Julian the Apostate had ordered his arrest, he retired to an oasis in the Libyan desert.

Later on he journeyed to Sicily and for a long time living as a hermit near the promontory of Pachinum. His disciple, Hesychius, who had long sought him, discovered him here and soon Hilarion saw himself again surrounded by disciples desirous of following his holy example.

Leaving Sicily, he went to Epidaurus in Dalmatia, where, on the occasion of a great earthquake (366), he rendered valuable assistance to the inhabitants. Finally he went to Cyprus and there, in a lonely cave in the interior of the island, he spent his last years. It was during his sojourn in Cyprus that he became acquainted with St. Epiphanius, Archbishop of Salamis.

Before his death, which took place at the age of eighty, Hilarion bequeathed his only possession, his poor and scanty clothing, to his faithful disciple, Hesychius. His body was buried near the town of Paphos, but Hesychius secretly took it away and carried it to Majuma where the saint had lived so long.

Hilarion was greatly honored as the founder of anchoritic life in Palestine. His feast falls on 21 October. The attempts of Israel and of other historians to relegate Hilarion to the realm of imagination have completely failed; there can be no doubt as to the historical fact of his life and the truth of its chief features.