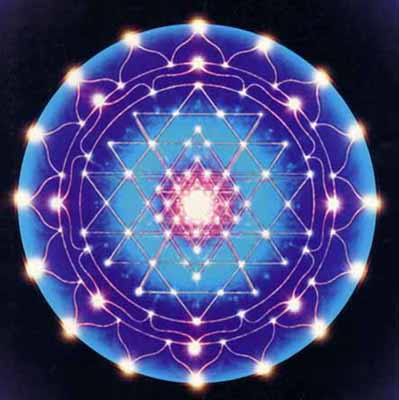 Today was a day of fun and sharing with family, friends, clients and readers.

When I first began my metaphysical studies, actually never finding a modality or course of study that was on my frequency, I learned that the time would come when all souls would ascend to something called the 5th Dimension.

I searched my consciousness and could not understand these dimensions, which were explained to me as rising to the 12th, which I recognized as a metaphor for 12 around 1 sacred geometry. I 'saw' no dimensions ... just different grids on different frequencies of consciousness where souls were experiencing, much as they view us here.

The 5th Dimension spoke to me only of a musical group and a song called The Age of Aquarius. This is the returning/dawning of the higher frequencies of consciousness, Feminine Energies, the Christ Consciousness Grid, Stripping away the Illusion, Coming into personal balance, Letting the Sun, The Eye - The Light, Shine in! The Egyptian Sun God Ra couldn't have sung it better!

I have always known that I was to be born an Aquarian to a family that was of the Hebrew bloodline and would live in NYC. It was part of a destiny that would unfold through the years, the passages of time on Earth.

I have heard many accounts of the starting date of the Age of Aquarius, but dates do not have relevance when one understands that linear time does not exist and the concept of ancient civilizations that allegedly evolved through each Age, are merely inserts in a programmed reality, occurring in parallel grids.

There have been so many times that I have written columns here about reality knowing that people do not see the program ending as 3D blips out of existence and all is gone at once. I have friends who see a time of peace for all in the physical. That will never happen! Actually it can't happen in a bi-polar electromagnetic energy reality.

At age 40, this Aquarian went on a quest for answers setting up a lifestyle that would enhance and support my journey. Everything fell into place as if by synchronicity, but we know that we manifest those events ourselves. Never did I falter from my understanding about reality as virtual.

Wednesday I read a woman who has also embraced higher consciousness all of her life. She reminded me of the 1980's when people and channelers were talking about 'ascension'. That word always seemed 'off' to me especially with ascended masters, as there are no masters in this game.

Where are we ascending? I wondered.

All souls, at some point, a date always unknown by everyone, were going from third dimension, passing fourth dimension [time] and into fifth dimension.

My client reminded me of these theories, that consciousness for all souls, is moving to 'another dimension'.

A light bulb went off in my head!

I realized that this was a metaphor for the 'end of time' and the closing of our reality! Once again the program was indoctrinating souls with metaphors to allow greater understanding that in a 'heartbeat' third dimension takes on a new hue, It all happens in the blink of an 'eye' and is all inclusive! Computer end program!

This is all that it has ever been, a shift in frequency based in/on consciousness.

Balanced souls will experience this 'end time' consciously and recreate, while unbalanced souls will reconcile back to source. Whoever you are in 3D, your frequency signature, your name, will cease to exist, so don't hold onto anything. It doesn't get easier than that.

A reader of my column, Ellie's World wrote and me that I am an Immortal, which rang a bell, as truly our souls are all immortal in the Circle of Life.

Yesterday brought many surprises including 6 dozen flowers, all different, all unique and all truly magnificent.

Mike is a client and reader of Ellie's World, who lives in a rural area of northern California where there are lots of trees and life speaks to you of nature in all its splendor. For my birthday, Mike and his mother, Gerrie, surprised me with a special gift, gorgeous hand-made wind chimes with crystals handing down in several places reflecting the light and energies. I assembled the wind chimes in my living room with the help of a client, Dan, mentioned below. As I was very busy, Dan and I listened to the harmonics of the crystals and chimes for a few minutes then carefully placed them in the bedroom for safekeeping until I can find a place to hang them. Thanks Mike and Gerrie!

This morning when I went into the living room, I physically heard the chimes playing again! Something about the tones spoke to me of nature, as I walked to my computer to open email.

The first E-card I opened was from a reader named Brigitte. It seemed to flow with the energies of the wind chimes and the movement now out of Aquarius and into Pisces.

The image in her card represents, to me, a Native American connection to Aquarius. Thanks Brigitte and everyone else for you wonderful cards and good wishes.

Please read the poem below that came with the card.

Become one with her.

Feel her energies flowing through you.

Allow her energies to take you on a shamanic journey into your future.

[Midi File: Maiden of The Wood] 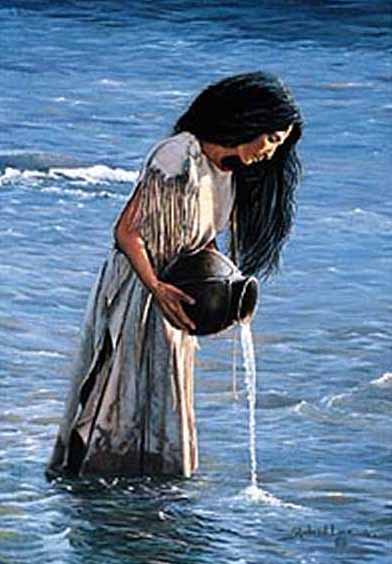 The Spiral of Life

Perhaps in your circle,
There is one who might know;
One who knows 0ne;
Who knows one more.

And so the Circle Spirals.
Ever reaching,
Never broken.

My Grandmother,
In a dream,
Brought me to this land.

"Mend the Hoop," she said.
"Bring the Circle Wholeness,
Again and Forever."


Dan is a client from Brooklyn who found Crystalinks in 2004. He brought another aspect of metaphysics to my birthday yesterday, not to mention a birthday cake with a candle. This symbolizes male and female lighting the flame of creation and birth. Dan has been awakened to the potentiality of his destiny while searching for the true meaning of it. During Dan's reading, we discussed the journey of his soul and how it links to an alien agenda of which we are all a part.

To quote Dan, "In this life time I have learned nothing new, I have simply remembered all that I had forgotten. Souls are preparing themselves to return to a place, long forgotten. We have always known were we came from, but the program 'forced' us to forget, so that we may learn the lessons necessary to grow as spirit and remember, our higher self speaking from places long and far displaced. I have childhood memories of being taken [beamed] from my room by entities one perceives as praying mantis aliens, the tall insectoid grays, the teachers. I was shown many things, which included star charts, sound genetics, and quantum physics. My link with them had to do with genetic bloodlines and a 'grand experiment.' They altered my genetic codes with sound, key codes, in ways I am only now starting to remember and understand, as reality draws closer to the end of the alien experiment. Throughout my life, a small praying mantis will appear from time to time to remind me of the Grand Design and my place in it."