Hair is a very important expression of who we are. It is often the first thing you notice when you meet someone, especially if they have nice hair. Well-groomed, luxuriant, lustrous, hair is, quite simply, beautiful and sexy. It can signify youth, health, strength and vitality.

Many people don't feel right unless their hair looks perfect. If their hair looks good they feel great. Otherwise they say they are having a 'bad hair day'. This applies to men and well as women.

Hair reacts to our state of well being. This includes our physical, spiritual, and emotional bodies.

Emotionally, if we are in balance, our hair grows and looks beautiful as a personification of of our inner self. Under stress many people have hair loss or their hair looses its texture and sheen.

One such disease is Alopecia which is a highly unpredictable, autoimmune skin disease resulting in the loss of hair on the scalp and elsewhere on the body.

Other factors that affect hair include: physical illnesses, diet, skin conditions, hormones, shampoos and conditioners, hair dyes,perms, the water you use to wash you hair, as well as other factors that impact on our daily lives.

The manner in which people care for their hair varies greatly. Some people just wash their hair and let it dry naturally, others spend hours blow drying and styling it. We all seem to find a style that is 'us' and keep it until something in our liveschanges - and we change our hair style along with it.


The hair we are born with changes several times during our time on planet Earth.

Some of these changes occur naturally, while others get a little help from hair stylists and the barber. The term 'Barber' comes from the Latin word barba meaning beard. It may surprise you to know that the earliest records of barbers show that they were the foremost men of their tribe. They were the medicine men and the priests. But primitive man was very superstitious and the early tribes believed that both good and bad spirits, which entered the body through the hairs on the head, inhabited every individual.

Negative spirits could only be driven out of the individual by cutting the hair, thus various fashions of hair cutting were practiced by different tribes and making the barber the most important man in the community. In fact, the barbers in these tribal days arranged all marriages and baptized all children. They were the chief figures in the religious ceremonies. During these ceremonies, the hair was allowed to hang loosely over the shoulders so that the evil spirits could come out. After the dancing, the long hair was cut in the prevailing fashion by the barbers and combed back tightly so that the evil spirits could not enter the person, nor the good spirits get out.


Most babies lose their newborn hair, the new hair growing in with a different color and texture. Some babies remains bald until after a year old or more.

Children's hair styles vary depending on the natural texture of the hair, the parental choices, and the society in which they live. Mothers who keep their daughters in short hair usually tell me it's because the child will not allow them to groom the daughter's hair or the child's hair is very thin and fine and looks best when short. Mothers seem to favorite feminine hair-dos for their daughters, as long hair can be styled according to weather and other circumstances.

Teenage years go to coloring hair, experiment with the latest fades, long hair for girls, perms, extensions, hair moose, and other products that help create a desired effect. Next to body weight and eye color, hair says the most about someone's appearance. People notice your hair.

Men with receding hairlines seem to like the bald look, shaving their heads. Why Do Men Go Bald? Live Science - February 2, 2007


In many cultures long hair is the norm for women - and sometimes men - in all age groups.

How much time and energy you put into your hair varies with how important it is to you.

If you are lucky you have 'wash and wear' hair that always looks great after it is washed and dries naturally.

If you are like most people you have to create the illusion of how you see yourself by finding your hair color and styling your hair evey day.

Accessories placed in your hair - such as jewels, fancy pins and other ornaments - enhance your look.

Many people who are mentally ill often tend to: 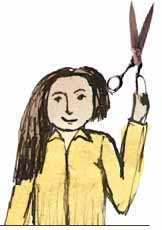 On the average there are over one hundred thousand strands of hair on a young adult. Blondes average about 140,000 strands, brunettes average 108,000 and redheads average 90,000. Hair grows at a rate of about 150mm a year and each individual hair lasts for two to six years before it falls out, the follicle has a rest for a while, while another takes its place. Hair grows quickest in young adult women aged between sixteen and twenty-four (who are often then at the height of their possible reproductive capacity)

The quality and appearance of hair is influenced by overall health and diet as would be expected. Anorexics who starve themselves often have very fine, brittle hair deficient in various minerals. Hair conveys information about a person and their state of health-analysis of the hair can also tell what drugs they have taken. Long hair obviously suggests at least a recent history of good health. Read more ...

To dream of hair in your dreams could suggest some strong thoughts are floating around up there but a strong mental power can hold them in check.

To dream of gray or silver hair could suggest wise thoughts.

For a woman to dream that she has beautiful hair when in reality she does not, denotes carelessness in her personality.

For a man to dream of losing his hair, suggests too much generosity will put him in the poor house.

To dream that you cut your hair close to your head may signify regrets of a willful extravagance. 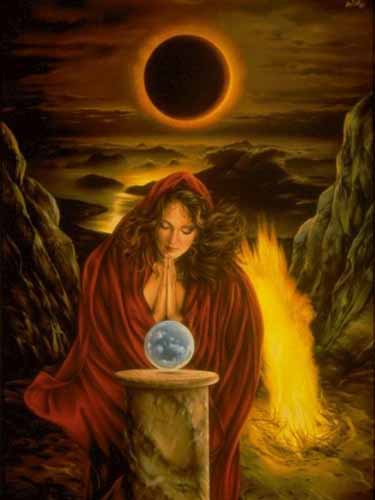 Occult practices sometimes include
pieces of hair while performing spells. 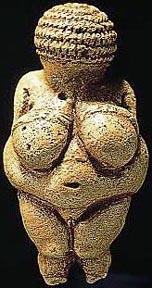 Hairstyles Through the Ages

Hair makes a statement at any age.

I believe that longer hair, kept in a natural color, or highlighted softly, is more youthful that short gray hair.

For some reason when the hormones change during menopause many women become depressed cut their hair short and let it go gray. Of course, hormonal hair loss at that time happens for most women, but there are ways to keep thins looking natural.

Is it important to look and feel young?

For most people this is the case especially in western societies where much is judged on appearance. A clean, well kept person, signals a functional person.

When you look young, you feel young and you send out the message: "I am young in mind, and in control."

When you look better, you act and feel better.

When you look older, sickly and poorly kept, especially as you age, you often make the statement, "I am depressed and not in control. I am bored and getting laid back and perhaps lazy about my appearance after years of dealing with issues. 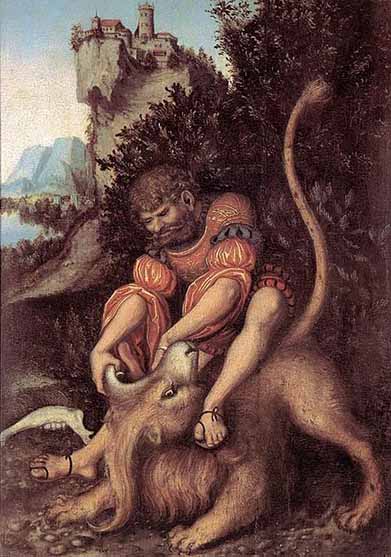 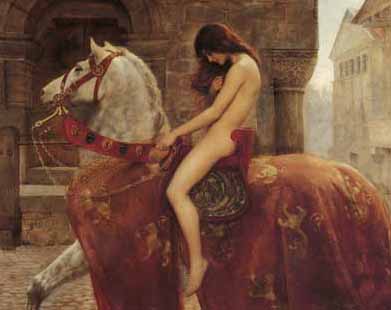 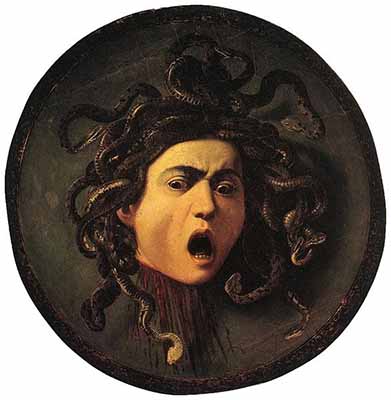 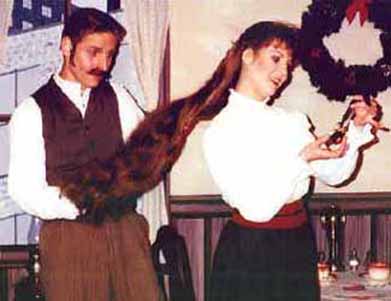 The Gift of the Magi


Long hair is primal as it stirs and arouses something within us, from sexuality to the goddess, priestess archetype. 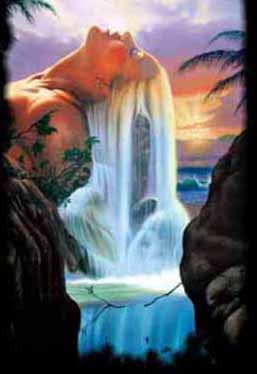 Subconsciously, long hair references a return to the creational source - water - the flow of the collective unconscious. In many places woman style their hair in 'snail shell' curls turning to the right. This is linked with golden ratio - spiraling movement of consciousness from the head - energy moving upward through the crown chakra.

We are in the Age of Aquarius - The title song of the hit show 'Hair'. 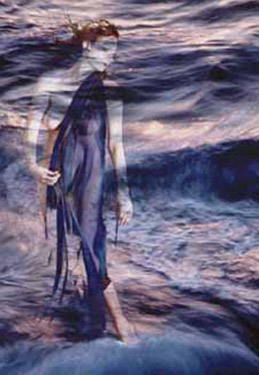 Aquarius represents the mother creator - the priestess and goddess the creational mythology - the return of feminine energies - higher frequency energy. 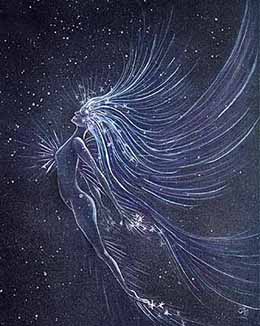 The Mother - Prime Creator - is (Is-is or Isis or Ishtar) portrayed as tall, slim, with flowing long hair. 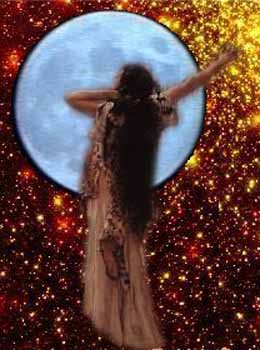 She is the lunar goddess of the temple. 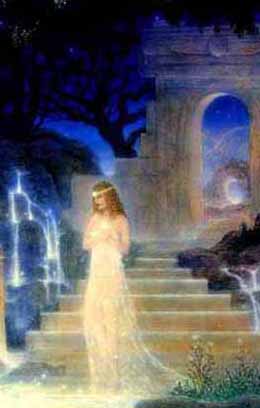 She is sexy and alluring - her hair naturally thick and often wavy. 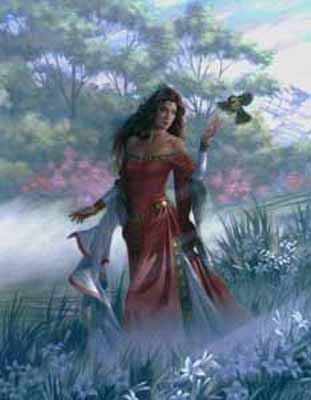 She is the Mother Nurturer - The Protector 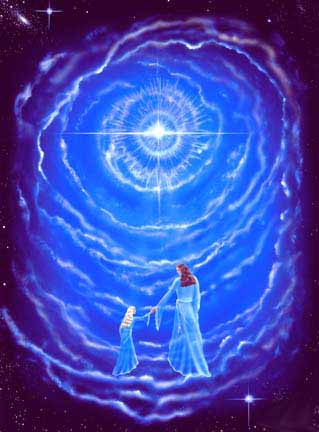 Mythological gods and goddesses of creation are portrayed with long hair as a return to our natural state of being.

The femme fatale look is generally about long sensual hair, that stirs the emotions, and ignites the flame. A woman letting loose her long tresses - that have been tied or pinned back, suddenly is seductive and alluring. Her energies are strong as she shakes looses her lion mane of hair.

Many men, throughout history had long hair or wore curly large haired wigs. The list would include gods, ascended masters, religious figures, people in the arts, etc. 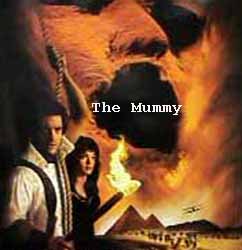 Female heroines with long hair are always in vogue, adding romanticism to them. 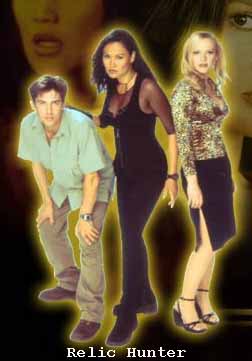 No longer are they quiet and demure waiting to be rescued. 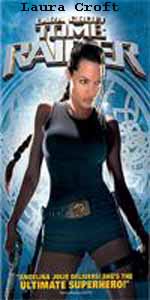 This is the age of Aquarius the return of the feminine powers. 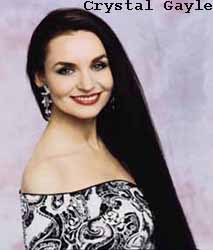 Hair is all part of the illusion - the game.