Haiku is one of the most important forms of traditional Japanese poetry. It should register or indicate a moment, sensation, impression or drama of a specific fact of nature. Some people meditate to create inspirational Haiku.

Haiku is a very short poetic form. Traditional Japanese haiku consisted of three lines of 5, 7, and 5 units each, which are generally applied as syllables and contained a special word - the kigo - that indicated the season in which the haiku was set.

Some consider that a haiku must also combine two different images, be written in present tense, have a focus on description and have a pause (the kireji or cutting word) at the end of either the first or second line. All such rules are somewhat arbitrary and are habitually broken by most poets, especially when adapted for languages other than Japanese.

Few modern English haiku poets use the 5-7-5 syllables rule, which is often inappropriately taught in schools. The 5-7-5 practice produces a haiku much longer than a traditionally composed haiku in Japanese, as the Japanese do not count syllables as they are defined in English, but instead count morae (singular mora), units of time. Morae are generally shorter than the average of English syllables which are highly variable in length.

Today's English-language poets produce haiku in one of three ways:

(1) by using three [or fewer] lines of no more than 17 syllables in total;

(2) by using the concept of metrical feet rather than syllables. A haiku then becomes three lines of 2, 3, and 2 metrical feet, with a break or pause after the second or fifth;

(3) by using the "one deep breath" rule: take a deep breath and you should be able to read the haiku/senryu aloud without taking a second breath.

The haiku poet [haijin] writes about a moment in time, a brief experience that stands out. The traditional haiku poet usually focused on nature although modern poets have the urban setting as their venue.

Often, at least in translation, the subject matter of many Japanese haiku may seem banal, but the subtle linkage or juxtaposition between the two sets of images within a haiku will be found to contain an interesting insight or spiritual message.

Haiku is not written only by professionals. Anyone can learn to use the form, although like other forms of poetry it is difficult to master. An online search will lead to many forums where new and experienced poets share and critique their haiku.

The term Haiku was created by the modern critic and haiku-maker Masaoka Shiki. Before then this style was called Hokku. Hokku is the first phrase of Renga, another traditional form of Japanese poetry. Already since the early Edo period Hokku was appreciated as an individual work, not just as a part of Renga. Masaoka Shiki discarded the Renga concept and established Haiku as pure artistic poetry. Hence today we see classic Hokku as Haiku. Read more 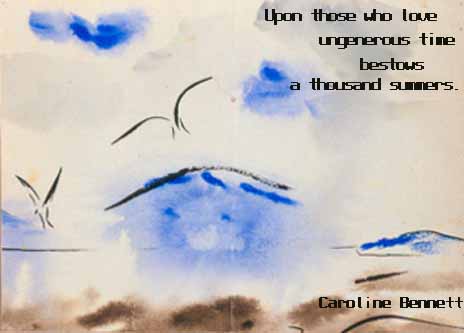