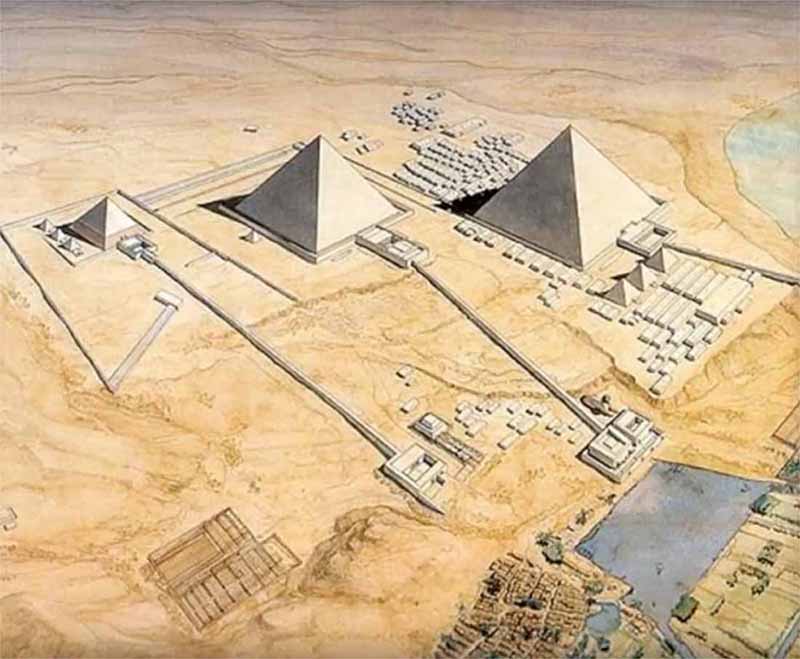 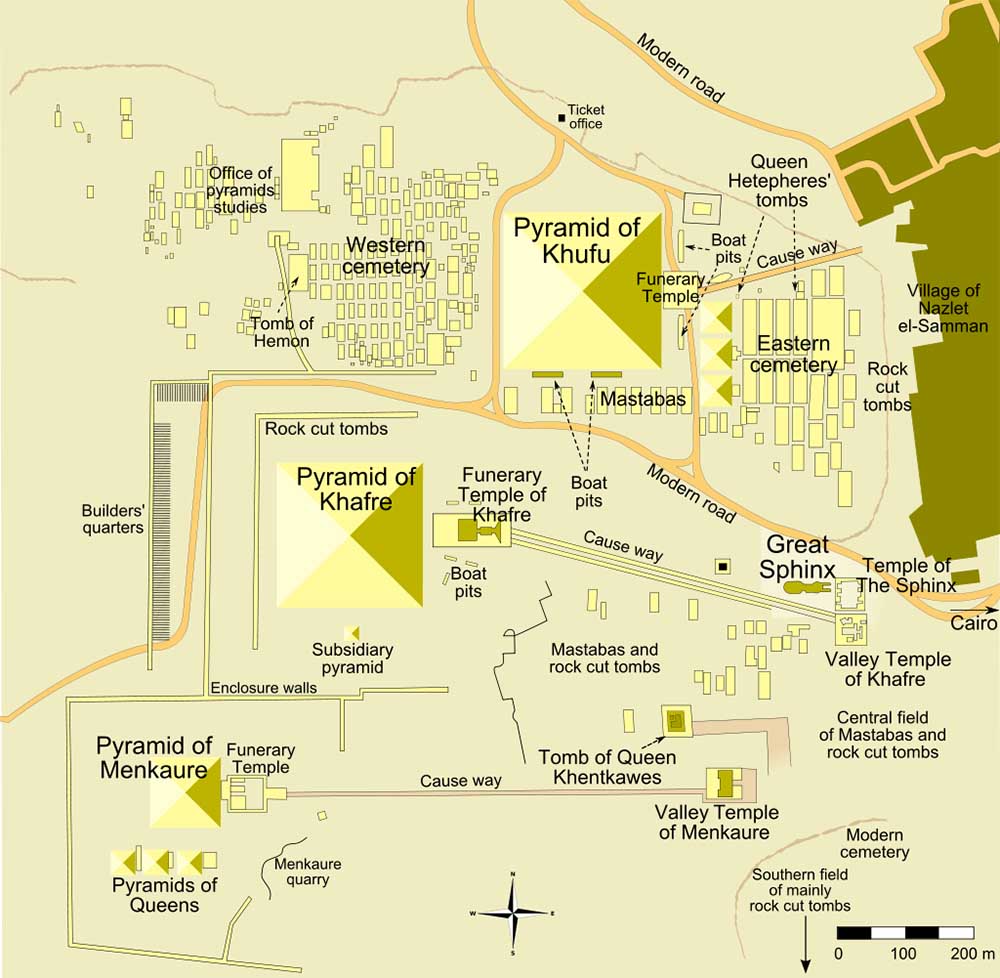 The Giza Pyramid Complex, also called the Giza Necropolis, is the site on the Giza Plateau in Greater Cairo, Egypt that includes the Great Pyramid of Giza, the Pyramid of Khafre, and the Pyramid of Menkaure, along with their associated pyramid complexes and the Great Sphinx of Giza. All were built during the Fourth Dynasty of the Old Kingdom of Ancient Egypt. The site also includes several cemeteries and the remains of a workers village. The site is at the edges of the Western Desert, approximately 9 km (5 mi) west of the Nile River in the city of Giza, and about 13 km (8 mi) southwest of the city centre of Cairo.

The Giza pyramid complex consist of the Great Pyramid (also known as the Pyramid of Cheops or Khufu and constructed circa 2580 - circa 2560 BC), the somewhat smaller Pyramid of Khafre (or Chephren) a few hundred meters to the south-west, and the relatively modest-sized Pyramid of Menkaure (or Mykerinos) a few hundred meters farther south-west. The Great Sphinx lies on the east side of the complex. Current consensus among Egyptologists is that the head of the Great Sphinx is that of Khafre. Along with these major monuments are a number of smaller satellite edifices, known as "queens" pyramids, causeways and valley pyramids.

The pyramids of Giza and others are thought to have been constructed to house the remains of the deceased pharaohs who ruled over Ancient Egypt. A portion of the pharaoh's spirit called his ka was believed to remain with his corpse. Proper care of the remains was necessary in order for the "former Pharaoh to perform his new duties as king of the dead". It is theorized the pyramid not only served as a tomb for the pharaoh, but also as a storage pit for various items he would need in the afterlife. "The people of Ancient Egypt believed that death on Earth was the start of a journey to the next world." The embalmed body of the King was entombed underneath or within the pyramid to protect it and allow his transformation and ascension to the afterlife. 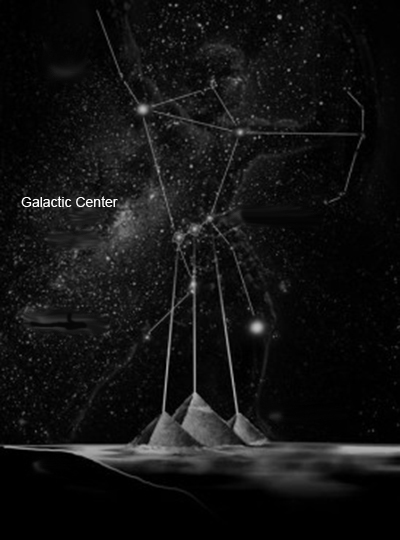 The sides of all three of the Giza pyramids were astronomically oriented to the north-south and east-west within a small fraction of a degree. Among recent attempts to explain such a clearly deliberate pattern are those of S. Haack, O. Neugebauer, K. Spence, D. Rawlins, K. Pickering, and J. Belmonte. The arrangement of the pyramids is a representation of the Orion constellation according to the disputed Orion correlation theory.