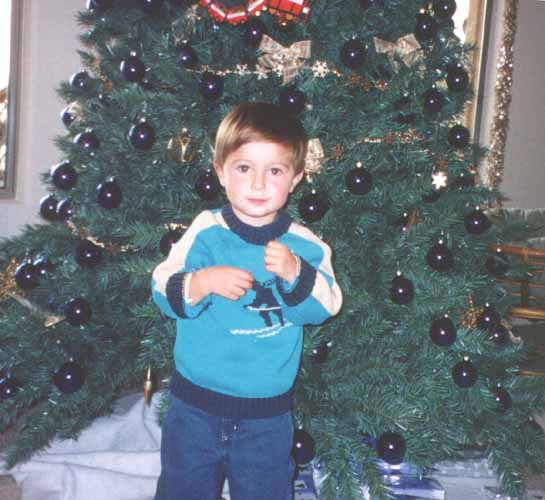 Meet my grandson Giovanni who is 2 years and 4 months old and who lives in Arizona.

Saturday night my daughter, Tracy and I were talking on the phone as Giovanni sat at the kitchen table drawing with crayons.

I told her to draw a Z on the page.

Giovanni looked up at the window and watched something move across the room. Pointing to the window he said, "There's Z!"

He took his blue crayon and drew a circle around the Z.

On either side of the 'circle with the Z' - he drew another circle - 3 in all.

Then he drew a star on the top!

Giovanni left the table to play with his toys.

As he walked away I told Tracy to ask him, "Where is home?"

Giovanni said nothing as he walked over to his toys.

He returned a minute later carrying a large sticker and said, "Home."

Tracy looked at the sticker which to her surprise had the image of a UFO on it.

Giovanni picked up his toy helicopter - wound it up and sent it flying into he air and said, "Home'!

There is something unique about Giovanni that sets him apart from other children. He is always calm and loves to make peace where he sees other kids fighting. It is as if he cannot understand aggression. He is friendly, outgoing, shares well, loves his new sister, his favorite food is French Fries from Burger King, sleeps well, doesn't display the usually two-year old attitudes, and he is considering toilet training. He goes to nursery school three morning a week. The teacher says he is remarkably bright and filled with love. He seems to watch over the other children with an inner knowing.

Giovanni has acute hearing. He will stop dead in his tracks if a plane flies overhead and point to it - often staring at it as if he were expecting something. When it flies away, he waves good-by!

Giovanni apparently seems to connect with things beyond our reality - as many young children do. Too bad this talent is lost as one approaches age five.

Last month as I sat on the floor playing with him, he watched as spirits moved across the room. He smiled then continued building with his blocks.

The magic of childhood is a never ending story - especially for those who allow the inner child to play.

Life is about the children returning home and showing us the way. 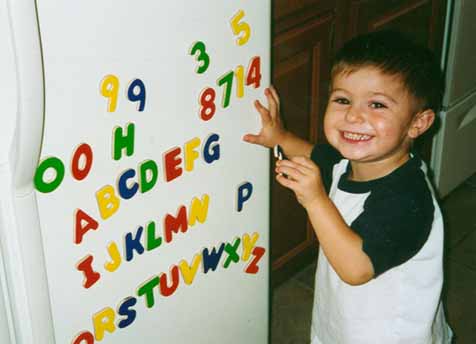