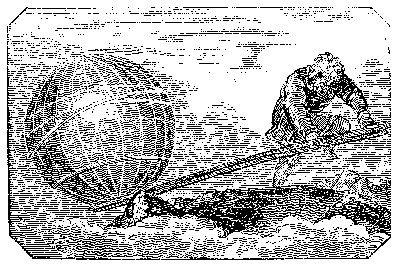 Geomancy is a method of divination that interprets markings on the ground or the patterns formed by tossed handfuls of soil, rocks, or sand. The most prevalent form of divinatory geomancy involves interpreting a series of 16 figures formed by a randomized process that involves recursion followed by analyzing them, often augmented with astrological interpretations.

Once practiced by people from all social classes, it was one of the most popular forms of divination throughout Europe and Africa in the Middle Ages and the Renaissance. Books and treatises on geomancy were published up until the 17th century when most occult traditions fell out of popularity.

The Hermetic Order of the Golden Dawn attempted a revival of old occult arts including geomancy, but the short time they desired to master their arts restricted their ability to fully practice and revive them. Geomancy has recently seen a new interest through the works of John Michael Greer and other practitioners, with more mainstream occult circles practicing and teaching geomancy.

Geomancy, from Greek geomanteia translates literally to "foresight by earth". Earlier Greek renditions of this word borrowed the word raml ("sand") directly, rendering it as rhamplion or rabolion. Other Arabic names for geomancy include khatt al-raml and darb al-raml.

Geomancy as an art is theorized to have its origins in the Arabic Middle East, although the lack of historical records prevents any measure of certainty. The original names of the figures were traditionally given in Arabic, excluding a Persian origin.

The reference in Hermetic texts potentially points to an Indian origin, although Skinner thinks this to be unlikely Having an Islamic or Arabic origin is most likely, since the expansive trade routes of Arabian merchants would facilitate the exchange of culture and knowledge. It is theorized that related systems of divination in sub-Saharan Africa, either were based off of or co-developed with Arabic divination systems; the use of binary numbers is a distinct trait in the culture of the African plains.

European scholars and universities began to translate Arabic texts and treatises in the early Middle Ages, inlcuding those on geomancy. Isidore of Seville lists geomancy with other methods of divination including pyromancy, hydromancy, aeromancy, and necromancy without describing its application or methods; it could be that Isidore of Seville was listing methods of elemental scrying more than what is commonly known as geomancy.

The poem Experimentarius attributed to Bernardus Silvestris, who wrote in the middle of the 12th century, was a verse translation of a work on astrological geomancy. One of the first discourses on geomancy translated into Latin was the Ars Geomantiae of Hugh of Santalla; by this point, geomancy must have been an established divination system in Arabic-speaking areas of Africa and the Middle East. Other translators, such as Gerard of Cremona, also produced new translations of geomancy that incorporated astrological elements and techniques that were, up until this point, ignored.

From this point on, more European scholars studied and applied geomancy, writing many treatises in the process. Henry Cornelius Agrippa, Christopher Cattan, and John Heydon produced oft-cited and well-studied treatises on geomancy, along with other philosophers, occultists, and theologians until the 17th century, when interest in occultism and divination began to dwindle due to the rise of the Scientific Revolution and the Age of Reason.

Geomancy made a revival in the 19th century, when renewed interest in the occult began to rise again, due to the works of Robert Thomas Cross and Edward Bulwer-Lytton. Franz Hartmann published his text, The Principles of Astrological Geomancy, which spurred new interest in the divination system.

Based on this and a few older texts, the Hermetic Order of the Golden Dawn began the task of recollecting old or lost occult knowledge, including geomancy. Aleister Crowley began to publish his works that integrated various occult systems of knowledge. However, due to the short time the members of the Golden Dawn desired to learn, practice, and teach the old occult arts, many elaborate systems of divination and ritual had to be compressed, losing much in the process. In effect, they had reduced geomancy from a complex art of interpretation and skill in recognizing patterns to looking up predefined answers based on pairs of figures.

Like other systems of divination, geomancy has a mythological origin. According to one Arabic Hermetic text, Idris (or Hermes Trismegistus) witnessed the angel Jibril in a dream. Idris asked for enlightenment, and Jibril proceeded to draw a geomantic figure; upon being asked what he was doing, Jibril instructed Idris in the geomantic arts. Keeping this secret, he sought out, an Indian king, who then wrote a book on geomancy. This book was passed down through clandestine circles into the hands of Khalaf al-Barbari, who traveled to Medina and converted to Islam by the prophet Muhammad himself. Confessing to knowing a divinatory art, he explained that pre-Islamic prophets knew geomancy, and that by learning geomancy, one may "know all that the prophet knew."

Another mythological story for the origin of geomancy also involves Idris After praying to God that He give Idris easily a means to earn his living, Idris rested one day, bored and without work, and began to draw figures idly in the sand. As he did so, a stranger appeared before him and questioned what he was doing. Idris replied that he was simply entertaining himself, but the stranger replied that he was doing a very serious act. Idris became incredulous and tried to deny this, but the stranger explained the significance of the meaning of the figure Idris drew. He then commanded Idris to draw another figure, and upon doing so the stranger explained the meaning and significance of that figure.

The pair continued this until Idris had discovered and understood the sixteen figures. The stranger then taught Idris how to form the figures in a regular manner and what the results meant, teaching him how to know things that could not be known with just the physical senses. After testing Idris' newfound knowledge and skill of geomancy, and revealing himself to be the angel Jibril in the process, the stranger disappeared. Idris, thankful to God and His messenger that he learned this art, never revealed the art to anyone. Before his death, he wrote a book describing the art as Jibril had taught him, and from his successors.

Other tablets and records from antiquity identify Idris with the prophets Daniel or Enoch. This was done in order to give geomancy a legitimate standing as a gift and skill from God, especially since one of the prophets had practiced it. However, those that argued against geomancy, such as Ibn Khaldun in his Muqaddima, countered that it was a pre-Islamic system of knowledge, and that all such epistemologies were rendered obsolete with the revelation of the Qur'an.

Throughout the evolution and migration of geomancy, various tales and plays incorporated aspects of the art into their stories. In one story in One Thousand and One Nights, both the African Magician and his brother use geomancy to find Aladdin in order to do him harm.Geomancy's first mention in print was Langland's Piers Plowman where it is unfavorably compared to the level of expertise a person needs for astronomy ("gemensye [geomesye] is gynful of speche"). In 1386 Chaucer used the Parson's Tale to poke fun at geomancy in Canterbury Tales: "What say we of them that believe in divynailes as ÉgeomancieÉ" Shakespeare and Ben Jonson were also known to use geomancy for comic relief. Dante Alighieri's Divine Comedy makes a passing reference to geomancy. In the first two stanzas of Canto XIX in the Purgatorio.


Other Forms of Geomancy

The Arabic tradition consists of sketching sixteen random lines of dots in sand. This same process survived virtually unchanged through its introduction to Europe in the medieval era, and survives to this day in various Arabic countries. Sikidy and other forms of African divination also follow techniques that have remained virtually unchanged.

In Africa one traditional form of geomancy consists of throwing handfuls of dirt in the air and observing how the dirt falls. It can also involve a mouse as the agent of the earth spirit. If‡, one of the oldest forms of geomancy, originated in West Africa, and uses the same sixteen geomantic figures as in Arabic and Western geomancy with different meanings and names; the process is shortened to using only two figures. In China, the diviner may enter a trance and make markings on the ground that are interpreted by an associate (often a young or illiterate boy). Similar forms of geomancy include scrying involving the patterns seen in rocks or soil.