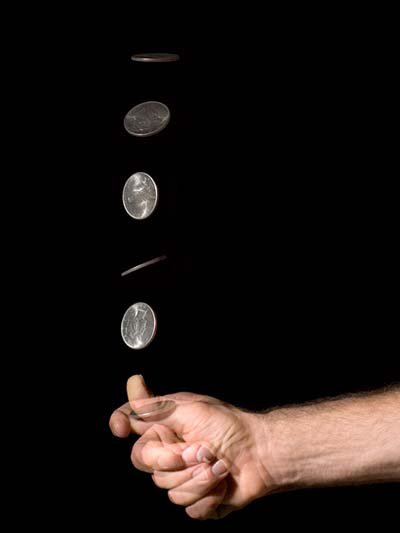 
New research from an international team of scientists suggests evolution, or basic survival techniques adapted by early humans, influences the decisions gamblers make when placing bets. The findings may help to explain why some treatment options for problem gamblers often don't work, the researchers say.

For the study, recently published in Frontiers in Psychology, scientists from McMaster University, the University of Lethbridge and Liverpool John Moores University examined how gamblers made decision after they won or lost. They found that, like our ancestors, the gamblers relied on their past experiences to predict what might happen in the future. But in games of chance where the outcome is completely random, this strategy doesn't work.

"If you are tossing a coin and it turns up heads five times in a row, we have this strong feeling that it will turn up tails on the sixth try," explains Jim Lyons, an associate professor of kinesiology at McMaster University and lead researcher on the project. "But the chances are still exactly 50-50." "The results of our work suggest, perhaps for the first time, that certain aspects of problem gambling behavior may be related to hard-wired, basic neurobiological factors related to how we direct our attention," he says.


Researchers conducted two experiments to test their theory.
First, participants were asked to observe two targets being illuminated in random sequence. The researchers then gave them money to bet on which target would be illuminated. Participants maintained the amounts of their bets regardless of whether they won or lost. But in instances where they won, they were more likely to move their bets to the other target for their next wager.

In a second experiment, participants undertook the same test with a partner. Like the first experiment, players maintained the amount of their bets regardless of whether they won or lost. If their partner correctly guessed a target, they were more likely to move on to the next target when their turn came.

Dan Weeks, a psychology researcher at the University of Lethbridge, says humans have evolved to modify their behavior based on what they experience in the context of their location. Humans make rational decisions on a day-to-day basis based on experience.

"Think about someone picking apples in an orchard. Once the apples from the first tree are picked, it is a rational decision to move on to the next tree," he says. "These are also important findings because they suggest that, at least in some cases, these behavior might be resistant to current behavioral intervention strategies," says co-author Digby Elliott, professor of motor control and behavioral neurosciences at Liverpool John Moores University and professor emeritus at McMaster.

Next, the team plans to examine how this sort of behavior may change as we age, since evidence suggests problem gambling can be particularly acute in the elderly. 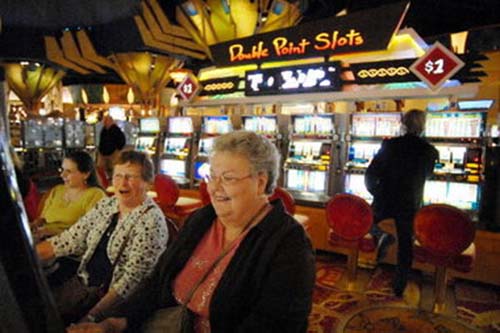