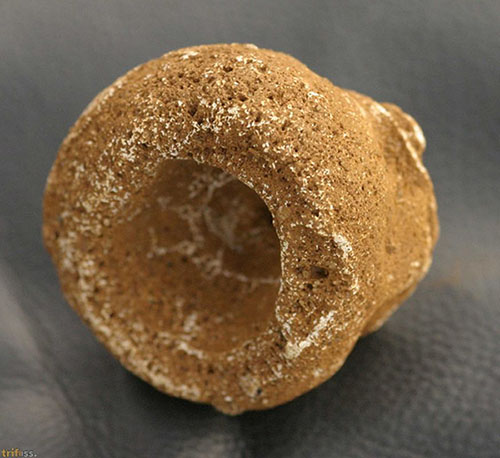 Sponges are animals of the phylum Porifera (meaning "pore bearer"). They are multicellular organisms that have bodies full of pores and channels allowing water to circulate through them, consisting of jelly-like mesohyl sandwiched between two thin layers of cells. Sponges have unspecialized cells that can transform into other types and that often migrate between the main cell layers and the mesohyl in the process. Sponges do not have nervous, digestive or circulatory systems. Instead, most rely on maintaining a constant water flow through their bodies to obtain food and oxygen and to remove wastes. Read more ... 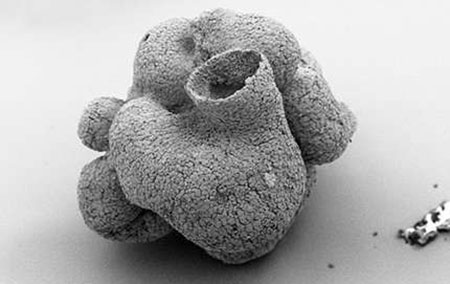 Researchers have unearthed a fossil of a sponge, no bigger than a grain of sand, that existed 60 million years earlier than many expected. This is the first time paleontologists have found a convincing fossil sponge specimen that predates the Cambrian explosion - a 20-million-year phenomenon, beginning about 542 million years ago, when most major types of animal life appear. New tools could allow scientists to discover other fossils that significantly predate the start of the Cambrian explosion. \