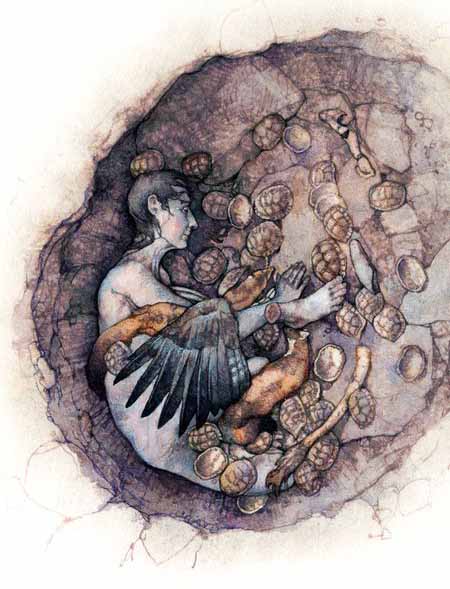 Remains of Ancient Feast to Honor Dead Shaman Discovered   Live Science - August 31, 2010
Prehistoric leftovers of a feast 12,000 years ago at an apparent shaman's gravesite have been unearthed in what is now Israel. Archaeologists say the ritual might be the first clear evidence of feasting in early humans, a sign of the kinds of increasingly complex societies that proved crucial to the dawn of agriculture. In a cave above a creek in the Galilee region of northern Israel, scientists discovered the body of a petite, elderly, disabled woman, most probably a shaman, in 2005. As they continued to excavate, they found the woman apparently was intentionally laid to rest in a specially crafted hollow between the remains of at least 71 Mediterranean tortoises, as well as with seashells, beads, stone tools and bone tools. In a separate pit nearby, they also found bones of at least three wild, extinct cattle known as aurochs. 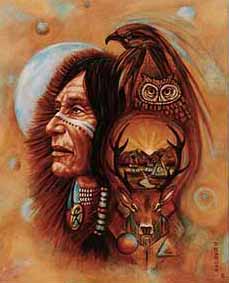