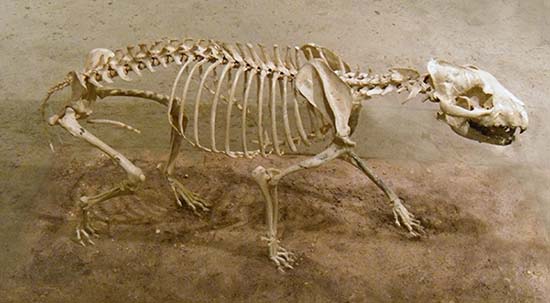 The bulk of the scientific evidence for the evolution of the domestic dog stems from morphological studies of archaeological findings and mitochondrial DNA studies. The divergence date of roughly 15,000 years ago is based in part on archaeological evidence that demonstrates the domestication of dogs occurred more than 15,000 years ago, and some genetic evidence indicates the domestication of dogs from their wolf ancestors began in the late Upper Paleolithic close to the Pleistocene/Holocene boundary, between 17,000 and 14,000 years ago. But there is a wide range of other, contradictory findings that make this issue controversial. There are findings beginning currently at 33,000 years ago distinctly placing them as domesticated dogs evidenced not only by shortening of the muzzle but widening as well as crowding of teeth.

Archaeological evidence suggests that the latest point at which dogs could have diverged from wolves was roughly 15,000 years ago, although it is possible they diverged much earlier. In 2008, a team of international scientists released findings from an excavation at Goyet Cave in Belgium declaring a large, toothy canine existed 31,700 years ago and ate a diet of horse, musk ox and reindeer.

Prior to this Belgian discovery, the earliest dog bones found were two large skulls from Russia and a mandible from Germany dated from roughly 14,000 years ago. Remains of smaller dogs from Natufian cave deposits in the Middle East, including the earliest burial of a human being with a domestic dog, have been dated to around 10,000 to 12,000 years ago.There is a great deal of archaeological evidence for dogs throughout Europe and Asia around this period and through the next two thousand years (roughly 8,000 to 10,000 years ago), with specimens uncovered in Germany, the French Alps, and Iraq, and cave paintings in Turkey The oldest remains of a domesticated dog in the Americas were found in Texas and have been dated to about 9,400 years ago. Read more ...

Domestication of dogs may explain mammoth kill sites and success of early modern humans   Science Daily - May 30, 2014
A new analysis of European archaeological sites containing large numbers of dead mammoths and dwellings built with mammoth bones has led to a new interpretation of these sites -- that their abrupt appearance may have been due to early modern humans working with the earliest domesticated dogs to kill the now-extinct mammoth. 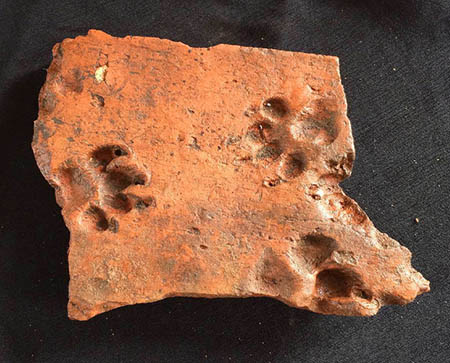 The paw prints and hoof prints of a few meddlesome animals have been preserved for posterity on ancient Roman tiles recently discovered by archaeologists in England. The artifacts, which could be nearly 2,000 years old, were found in the Blackfriars area of Leicester, the English city where the long-lost bones of King Richard III were discovered under a parking lot in 2012. [In Photos: Animal Prints on Ancient Roman Tiles] 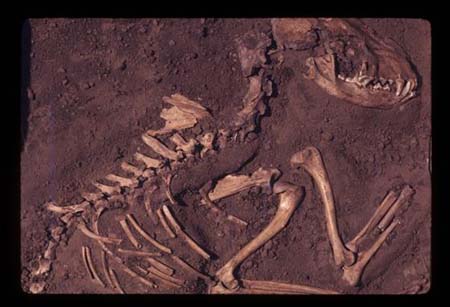 Wolves likely were domesticated by European hunter-gatherers more than 18,000 years ago and gradually evolved into dogs that became household pets."We found that instead of recent wolves being closest to domestic dogs, ancient European wolves were directly related to them," said Robert Wayne, a professor of ecology and evolutionary biology in UCLA's College of Letters and Science. This brings the genetic record into agreement with the archaeological record. Europe is where the oldest dogs are found.


DNA hint of European origin for dogs   BBC - November 14, 2013
The results of a DNA study suggest that dogs were domesticated in Europe. No-one doubts that "man's best friend" is an evolutionary off-shoot of the grey wolf, but scientists have long argued over the precise timing and location for their emergence. The new research, based on a genetic analysis of ancient and modern dog and wolf samples, points to a European origin at least 18,000 years ago.

A canine skull found in the Altai Mountains of Siberia is more closely related to modern domestic dogs than to wolves, a new DNA analysis reveals. The findings could indicate that dogs were domesticated around 33,000 years ago. The point at which wolves went from wild to man's best friend is hotly contested, though dogs were well-established in human societies by about 10,000 years ago. Dogs and humans were buried together in Germany about 14,000 years ago, a strong hint of domestication, but genetic studies have pinpointed the origin of dog domestication in both China and the Middle East.


Ancient dog skull unearthed in Siberia   BBC - August 3, 2011
very well-preserved 33,000 year old canine skull from a cave in the Siberian Altai mountains shows some of the earliest evidence of dog domestication ever found. But the specimen raises doubts about early man's loyalty to his new best friend as times got tough. 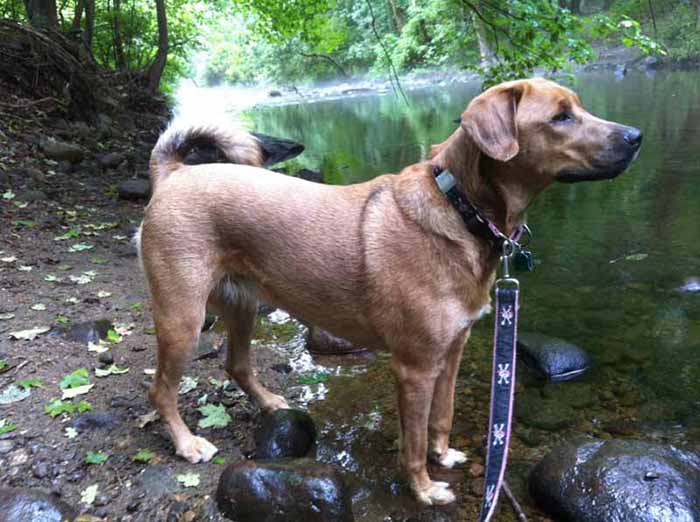