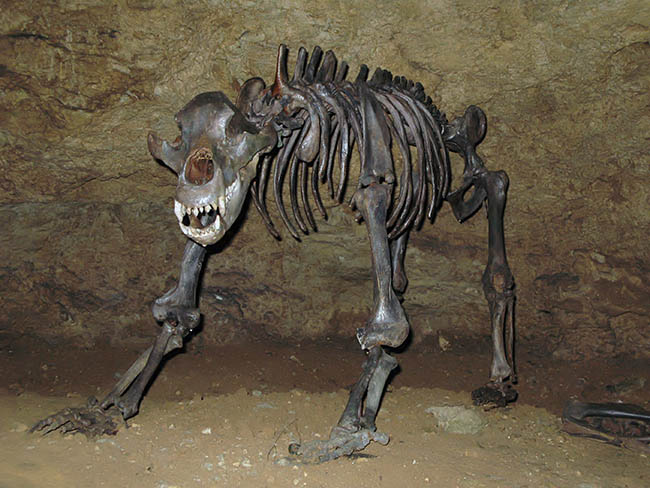 Bears are mammals of the family Ursidae. Bears are classified as caniforms, or doglike carnivorans, with the pinnipeds being their closest living relatives. Although only eight species of bears are extant, they are widespread, appearing in a wide variety of habitats throughout the Northern Hemisphere and partially in the Southern Hemisphere. Bears are found on the continents of North America, South America, Europe, and Asia. The earliest members of Ursidae belong to the extinct subfamily Amphicynodontinae, including Parictis (late Eocene to early middle Miocene, 38-18 Mya) and the slightly younger Allocyon (early Oligocene, 34-30 Mya), both from North America. These animals looked very different from today's bears, being small and raccoon-like in overall appearance, and diets perhaps more similar to that of a badger. Read more ...

22,000-year-old panda from cave in Southern China belongs to distinct, long-lost lineage   Science Daily - June 18, 2018
Researchers who've analyzed ancient mitochondrial (mt)DNA isolated from a 22,000-year-old panda found in Cizhutuo Cave in the Guangxi Province of China -- a place where no pandas live today -- have revealed a new lineage of giant panda. The report, published in Current Biology on June 18, shows that the ancient panda separated from present-day pandas 144,000 to 227,000 years ago, suggesting that it belonged to a distinct group not found today.


The primitive bear with a sweet tooth: Scientists discover the 3.5 million-year-old remains of an ancient creature with severe cavities in Canada   Daily Mail - December 18, 2017
Paddington's prehistoric ancestor, a primitive bear with a sweet tooth, has been discovered in the Arctic. Researchers identified the remains of a 3.5-million-year-old bear from a fossil-rich site in Canada's High Arctic. The findings show that the animal is a close relative of the ancestor of modern bears, and that it also had a taste for sweet treats - shown by cavities in its teeth. They say the ancient bear may have got his bad teeth from munching on berries, rather than Paddington's preferred sweet treat of marmalade sandwiches.


Biggest Bear Ever Found "It Blew My Mind," Expert Says   National Geographic - February 3, 2011
There's a new titleholder for the biggest, baddest bear ever found. A prehistoric South American giant short-faced bear tipped the scales at up to 3,500 pounds (1,600 kilograms) and towered at least 11 feet (3.4 meters) standing up, according to a new study. The previous heavyweight was a North American giant short-faced bear - a related extinct species - that weighed up to 2,500 pounds (1,134 kilograms). The largest bear on record in modern times was a 2,200-pound (998-kilogram) polar bear shot in Alaska in the 19th century.


True causes for extinction of cave bear revealed   PhysOrg - August 24, 2010
The cave bear started to become extinct in Europe 24,000 years ago, but until now the cause was unknown. An international team of scientists has analysed mitochondrial DNA sequences from 17 new fossil samples, and compared these with the modern brown bear. The results show that the decline of the cave bear started 50,000 years ago, and was caused more by human expansion than by climate change. 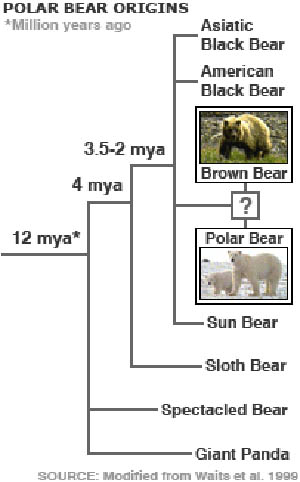 What may be the oldest known remains of a polar bear have been uncovered on the Svalbard archipelago in the Arctic. The jawbone was pulled from sediments that suggest the specimen is perhaps 110,000 or 130,000 years old. Tests show it was an adult, possibly a female. The find is a surprise because polar bears are a relatively new species, with one study claiming they evolved less than 100,000 years ago. If the Svalbard jawbone's status is confirmed, and further discoveries can show the iconic Arctic beasts have a deeper evolutionary heritage, then the outlook for the animals may be more positive than some believe.


Earliest Panda Skull Reveals Bamboo-Eating "Pygmy"   National Geographic - June 18, 2007
A fossil skull representing the earliest known species of panda has been discovered in China, researchers report. The find shows that small-bodied, "pygmy" ancestors of the modern giant panda were present in the forests of southern China at least two to three million years ago. The prehistoric panda's teeth and jaw indicate that the species, Ailuropoda microta, was already adapted to a diet of bamboo, just like the black-and-white giant panda of today, according to experts who examined the fossil. Skull features also indicate that the early panda may have been remarkably similar to its endangered present-day descendents but only about half the size

Scientists uncovered a second fossil of a red panda species first discovered at the Gray Fossil Site two years ago. Researchers from East Tennessee State University found a lower jawbone from a red panda of the Pristinailurus bristoli species last week. The species was discovered in January 2004 when ETSU researchers found a panda tooth and other skeletal fragments. Only the second panda fossil found on the continent, the remains turned out to be a previously unknown species in the red panda family. Scientists believe the jawbone is from a second specimen of the same species of red panda because the teeth are older than the first tooth found. The first tooth was virtually unerupted. It had no wear. This was from a much older adult that had full wear on all its teeth. Although the jawbone was found in two pieces, it is nearly complete. What it's missing are the little front premolars, which are really tiny and often fall out, but other than that, it's a really nice specimen. The Gray Fossil Site near Johnson City was discovered during the widening of a highway in 2000 and is estimated at 4.5 million to 7 million years old.

The skeleton of a giant panda has been found in a 4,000-year-old tomb in central China, Xinhua news agency said on Wednesday, adding that the now-endangered animals were apparently being hunted at that time. Wu Xianzhu, of the Hubei Provincial Archaeology Research Institute, said pigs and dogs had been used in burials as "funerary objects" since the early New Stone Age, dating back about 8,000 years. Burying the giant pandas with the dead shows that ancient people had close contact with the creatures. The No. 77 tomb, in the Guanzhuangping Ruins of Zigui County, is the only tomb to have been found with panda remains. When the tomb was first excavated in 2001, the animal remains found were believed to be the bone of the lower jaw of a pig. But with further research, archaeologists decided that the bone belonged to a giant panda. Panda bones had been unearthed from other ruins from the same period, indicating that pandas were hunted by human beings at the time, it said. Pandas have boosted their numbers in the wild by almost half to about 1,600 in just a few years thanks to enlarged habitat and improved ecosystems, Xinhua said last month. 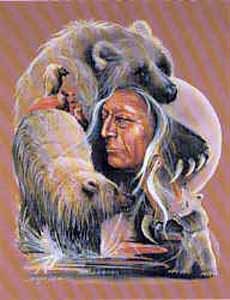