Atef is the specific feathered white crown of the Egyptian Deity Osiris. It combines the Hedjet, the crown of Upper Egypt, with red ostrich feathers for the Osiris cult. The feathers are identified as ostrich from their curl or curve at the upper ends, with a slight flare toward the base. They are the same feather as (singly) worn by Maat. They may be compared with the falcon tail feathers in two-feather crowns, such as those of Amun which are more narrow and straight without curve.

The Atef crown identifies Osiris in ancient Egyptian painting. Osiris wears the Atef crown as a symbol of the ruler of the underworld. The tall bulbous white piece in the center of the crown is between two ostrich feathers. The feathers represent truth, justice, morality, and balance. The Atef crown is similar, save for the feathers, to the plain white crown (Hedjet) used in the Predynastic Period and later as a symbol for pharaonic Upper Egypt. 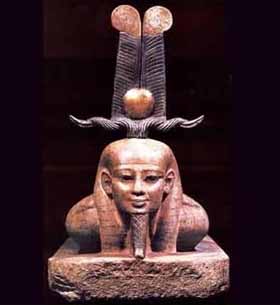 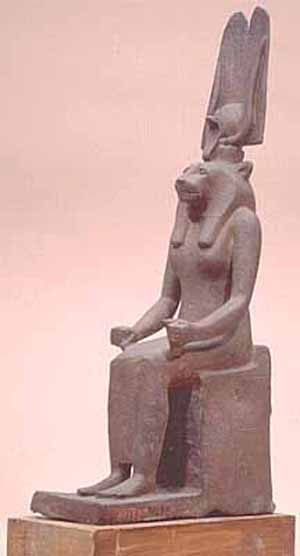 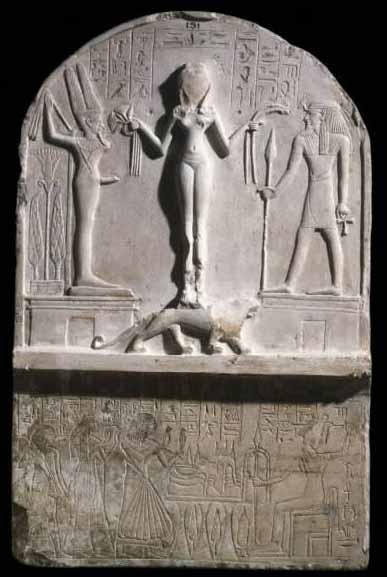 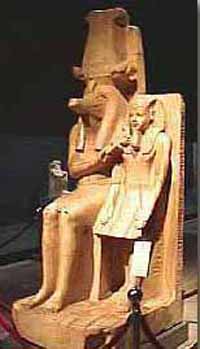 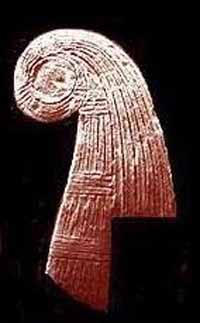 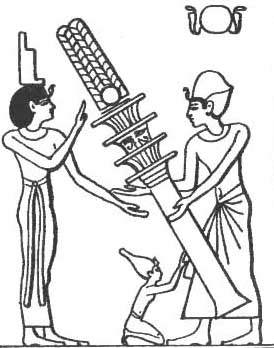