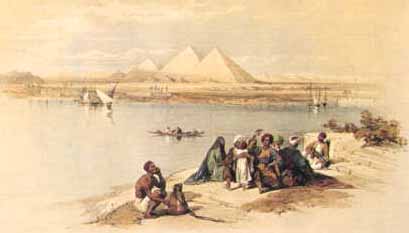 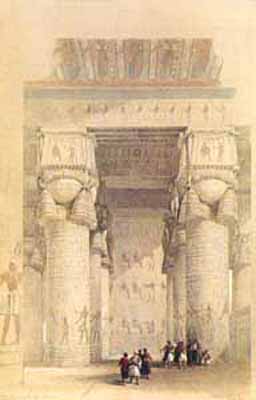 Egyptian is the oldest known indigenous language of Egypt and a branch of the Afroasiatic language family. Written records of the Egyptian language have been dated from about 3400 BC, making it one of the oldest recorded languages known, outside of Sumerian. Egyptian was spoken until the late 17th century AD in the form of Coptic. The national language of modern-day Egypt is Egyptian Arabic, which gradually replaced Coptic as the language of daily life in the centuries after the Muslim conquest of Egypt. Coptic is still used as the liturgical language of the Coptic Church. It has a handful of fluent speakers today.

Written records of the ancient Egyptian language have been dated from about 3200 BC. Egyptian is part of the Afro-Asiatic group of languages and is related to Berber and Semitic (languages such as Arabic, Amharic and Hebrew). The language survived until the 5th century AD in the form of Demotic and until the Middle Ages in the form of Coptic. Thus it had a lifespan of over four millennia. Egyptian is one of the oldest recorded languages known.


Development of the Language

Egyptian writing in the form of label and signs has been dated to 3200 BC. These early texts are generally lumped together under the term "Archaic Egyptian."

In 1999, Archaeology Magazine reported that the earliest Egyptian Glyphs date back to 3400 BC which "...challenge the commonly held belief that early logographs, pictographic symbols representing a specific place, object, or quantity, first evolved into more complex phonetic symbols in Mesopotamia."

The Bohairic dialect of Coptic is still used by the Egyptian Christian Churches. Old, Middle, and Late Egyptian were all written using hieroglyphs and hieratic.

Demotic was written using a script derived from hieratic; its appearance is vaguely similar to modern Arabic script and is also written from right to left (although the two are not related). Coptic is written using the Coptic alphabet, a modified form of the Greek alphabet with a number of symbols borrowed from Demotic for sounds that did not occur in Ancient Greek.

Arabic gradually replaced spoken Coptic after the Arabian invasion in the seventh century, though Arabic was the language of the Muslim political administration soon thereafter. 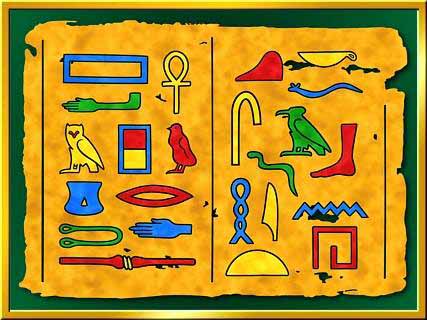