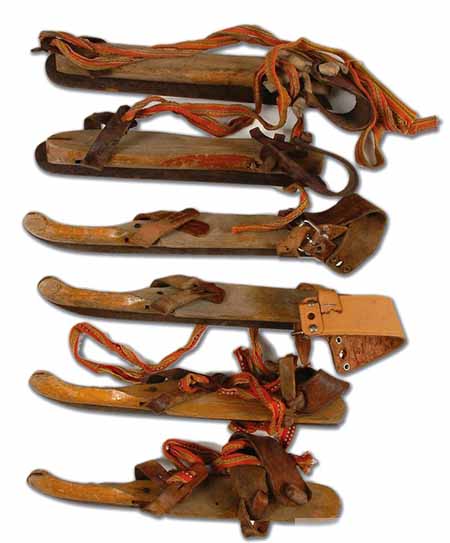 The earliest evidence of ice skating takes us to an era far more ancient than most people would reasonably expect. The excavation of Roman ruins of London, England from 50 B.C. uncovered leather soles and blades made from polished animal bones, which would make us consider the possibility that over 1000 years before Scandinavians wore skates made of deer or elk bones strapped to boots made of leather, people were skating on ice - even if it was just for transportation.

Taking the origin of skating and skates even further back in time is the archaeological discovery of primitive animal bone ice skates on the banks of Lake Moss, Switzerland, dating back to 3000 B.C. - prehistoric times. The first widely known written record of ice skating came in a book written by Canterbury monk William Fitzstephen, a cleric and administrator in the service of the murdered Archbishop Of Canterbury Thomas Becket (Saint Thomas Of Canterbury). His description of a scene within Canterbury city walls in the 1100's is as follows ... Read more ...


Where And Why Humans Made Skates Out Of Animal Bones 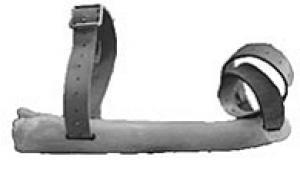 Archaeological evidence shows that bone skates (skates made of animal bones) are the oldest human powered means of transport, dating back to 3000 BC. Why people started skating on ice and where is not as clear, since ancient remains were found in several locations spread across Central and North Europe.

In a recent paper, published in the Biological Journal of the Linnean Society of London, Dr Formenti and Professor Minetti show substantial evidence supporting the hypothesis that the birth of ice skating took place in Southern Finland, where the number of lakes within 100 square kilometres is the highest in the world. In Central and Northern Europe, five thousand years ago people struggled to survive the severe winter conditions and it seems unlikely that ice skating developed as a hobby. As happened later for skis and bicycles, I am convinced that we first made ice skates in order to limit the energy required for our daily journeys.

Formenti and Minetti did their experiments on an ice rink by the Alps, where they measured the energy consumption of people skating on bones. Through mathematical models and computer simulations of 240 ten-kilometre journeys, their research study shows that in winter the use of bone skates would have limited the energy requirements of Finnish people by 10%. On the other hand, the advantage given by the use of skates in other North European countries would be only about 1%. Subsequent studies performed by Formenti and Minetti have shown how fast and how far people could skate in past epochs, from 3000 BC to date.