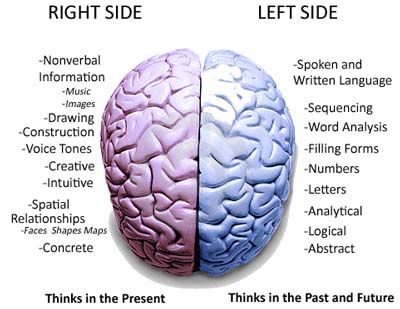 Dyslexia is a very broad term defining a learning disability that impairs a person's fluency or comprehension accuracy in being able to read, and which can manifest itself as a difficulty with phonological awareness, phonological decoding, orthographic coding, auditory short-term memory, or rapid naming.

Dyslexia is separate and distinct from reading difficulties resulting from other causes, such as a non-neurological deficiency with vision or hearing, or from poor or inadequate reading instruction. It is believed that dyslexia can affect between 5 and 10 percent of a given population although there have been no studies to indicate an accurate percentage. Dyslexia has also been tied to the Broca's area in the brain which is related to language production.

There are three proposed cognitive subtypes of dyslexia: auditory, visual and attentional.Reading disabilities, or dyslexia, is the most common learning disability, although in research literature it is considered to be a receptive language-based learning disability. Researchers at MIT found that people with dyslexia exhibited impaired voice-recognition abilities.

Some early symptoms that correlate with a later diagnosis of dyslexia include delays in speech,letter reversal or mirror writing, and being easily distracted by background noise. At later ages symptoms can include a difficulty identifying or generating rhyming words, or counting syllables in words (phonological awareness), a difficulty segmenting words into individual sounds, or blending sounds to make words, a difficulty with word retrieval or naming problems, commonly very poor spelling which has been called dysorthographia (orthographic coding), and tendencies to omit or add letters or words when writing and reading are considered classic signs. A common misconception about dyslexia is that dyslexic readers write words backwards or move letters around when reading Đ this only occurs in a very small population of dyslexic readers. Dyslexic people are better identified by writing that does not seem to match their level of intelligence from prior observations.

Accomplished adult dyslexics may be able to read with good comprehension, but they tend to read more slowly than non-dyslexics and may perform more poorly at nonsense word reading (a measure of phonological awareness) and spelling. Dyslexia is not an intellectual disability, since dyslexia and IQ are not interrelated, as a result of cognition developing independently.

Since the symptoms of dyslexia were first identified by Oswald Berkhan in 1881, and the term dyslexia coined in 1887 by Rudolf Berlin, generations of researchers have been investigating what dyslexia is and trying to identify the biological causes. The theories of the etiology of dyslexia have and are evolving with each new generation of dyslexia researchers, and the more recent theories of dyslexia tend to enhance one or more of the older theories as understanding of the nature of dyslexia evolves. Theories should not be viewed as competing, but as attempting to explain the underlying causes of a similar set of symptoms from a variety of research perspectives and background.

Cross-cultural study of the prevalence of dyslexia is difficult as different scholars and different countries often use different criteria to distinguish the cases of dyslexia in the continuum between the able and delayed readers at schools. According to the existing literature, the prevalence of dyslexia can vary widely between cultures. For example, Christall reports differences between 1% and 33%. Some populations (for example, Japanese and Chinese) may have relatively small number of dyslexic schoolchildren, and some populations (for example, European, and particularly sub-Saharan African populations) might have higher dyslexia prevalence. According to some researchers, despite the significant differences between the writing systems, Italian, German and English populations suffer similarly from dyslexia.

There is no cure for dyslexia, but dyslexic individuals can learn to read and write with appropriate educational support. There are techniques, and technical aids, which manage or even conceal symptoms of the disorder. Since stress and anxiety are contributors to a dyslexic's weaknesses in absorbing information, removing these can assist in improving understanding.

For dyslexia intervention with alphabet writing systems the fundamental aim is to increase a child's awareness of correspondences between graphemes and phonemes, and to relate these to reading and spelling. It has been found that training focused towards visual language and orthographic issues yields longer-lasting gains than mere oral phonological training.

There is some evidence that the use of specially tailored fonts may provide some measure of assistance for those suffering from dyslexia; however scientific confirmation of this currently appears to be limited to a single master's thesis. Intervention early on while language areas in the brain are still developing is most successful in reducing long term impacts of dyslexia.

Dyslexia is widely accepted in the international community as a learning disability. The most widely accepted theories argue that the dyslexic individual has biological traits that differentiate them from other individuals.

The World Health Organization (WHO)

A disorder manifested by difficulty learning to read, despite conventional instruction, adequate intelligence and sociocultural opportunity. It is dependent upon fundamental cognitive disabilities which are frequently of constitutional origin". ICD-10, The International Statistical Classification of Diseases and Related Health Problems, tenth revision ICIDH-2, The International Classification of Impairments, Activities, and Participation

Defines Dyslexia as a specific learning disability of neurological origin. Characterized with difficulties with accurate and/or fluent word recognition, spelling and decoding abilities.

The Government of Canada's Health Portal links its description to the BC HealthGuide web site using their definition. Dyslexia is defined here with a difficulty with the alphabet, reading, writing, and spelling in spite of normal to above average intelligence, conventional teaching, and adequate sociocultural opportunity. Dyslexia is thought to be genetic and hereditary. Dyslexia is not caused by poor vision. Dyslexia is diagnosed following psychological and educational tests that determine language and other academic abilities, IQ and problem-solving skills, and is only diagnosed if the reading disability is not a result of another condition.

Dyslexia is a difference in the brain area that deals with language. It affects the underlaying skills that are needed for learning to read, write and spell. Brain imaging techniques show that dyslexic people process information differently.In a report on the House of Lords Dyslexia debate which took place on Wednesday 7 December is now available the Government confirms dyslexia is not a myth.

Dyslexia is a learning disorder. Its underlying cause may be neurological in nature, but from there, the systems involved play out into visual, language, etc. FMRI (Functional Magnetic Resonance Imaging) has been used to demonstrate differences in the dyslexic brain patterns, but much research still needs to be done to apply this information.In addition to the typical forms of dyslexia, there are numerous related disorders:

Between 5 and 15 percent of the population can be diagnosed as suffering from various degrees of dyslexia. As previously mentioned, dyslexia can be substantially compensated for with proper therapy, training and equipment.

Most researchers agree that there is a fairly even gender balance amongst dyslexics, and that the fact that it is reported more in males is because of selection factors and bias.

Dyslexia's main manifestation is a difficulty in developing reading skills in elementary school children. Those difficulties result from reduced ability to associate visual symbols with verbal sounds. While motivational factors must also be reviewed in assessing poor performance, dyslexia is considered to be an inborn trait and rarely arises from environmental factors after the brain has matured beyond its especially plastic condition during infancy.

Only traditional educational remedial techniques have any record of improving the reading ability of those diagnosed with dyslexia. There is no evidence that coloured lenses, any visual training, or similar proposed treatments are of any use. Anecdotal reports of success can be explained by other factors.

Even a few weeks of intense phonological training (often involving breaking down and rearranging sounds to produce different words) can help noticeably improve reading skills. The earlier the phonological regimen is taken on, the better the overall result. Advanced brain scans could identify children at risk of dyslexia before they can even read, although it is thought that simple tests of balance could do the same. It is claimed that many of the underlying causes of dyslexia are of a genetic nature and that there are no cures, only strategies to work around the causes of a persons dyslexia, however these two claims are disputed.

It had been believed that keeping a child active, perhaps by giving them housework, or performing physical exercises, would help with dyslexia. However, this is false (Wilsher 2002 - Dyslexia, Volume 8, Number 2, April/June 2002, pp. 116-117(2)). There is no scientific evidence in support of this theory.

Researchers studying the brains of dyslexics have found that during reading tasks, dyslexics show reduced activity in the left inferior parietal cortex. It is anecdotally claimed that it is not that uncommon for dyslexics who have trained themselves to cope with their affliction, to develop uncannily efficient visual memories which aid in reading and comprehending large quantities of information much faster than is typical. Commonly dyslexics show 10 times more brain activity when reading. Sometimes, depending of the type and extent, also writing, listening and speaking. However, increased brain activity is not necessarily a sign of better processing. Conversely, some dyslexics may show a natural dislike of reading and, in consequence, compensate by developing unique verbal communication skills, inter-personal expertise, and leadership skills.

In 1979, anatomical differences in the brain of a young dyslexic were documented. Albert Galaburda of Harvard Medical School noticed that the language center in a dyslexic brain showed microscopic flaws known as ectopias and microgyria. Both affect the normal six-layer structure of the cortex. An ectopia is a collection of neurons that have pushed up from lower cortical layers into the outermost one. A microgyrus is an area of cortex that includes only four layers instead of six.

These flaws affect connectivity and functionality of the cortex in critical areas related to auditory processing and visual processing. These and similar structural abnormalities may be the basis of the inevitable and hard to overcome difficulty in reading.Another study regarding genetic regions on chromosomes 1 and 6 have been found that might be linked to dyslexia. Presenting the argument, dyslexia is a conglomeration of disorders that all affect similar and associated areas of the cortex.

Ronald D. Davis places forth the argument that most dyslexics will exhibit about 10 of the following traits and behaviors. These characteristics can vary from day-to-day or minute-to-minute. The most consistent thing about dyslexics is their inconsistency. Symptoms increase dramatically with confusion, time pressure, emotional stress, or poor health. This may vary according to which of the suggested underlying causes of dyslexia affect the individual dyslexic.