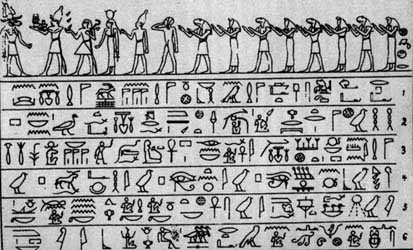 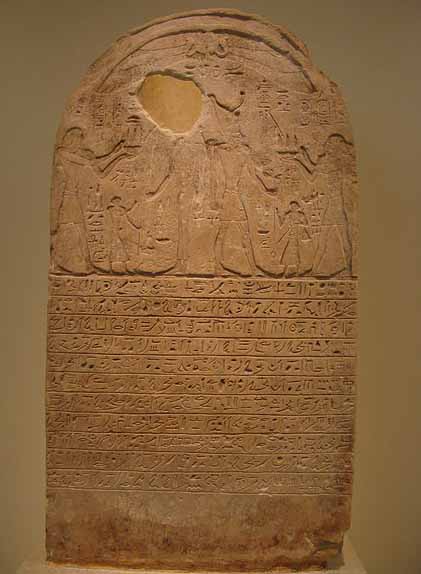 Shepsesre Tefnakht (in Greek known as Tnephachthos), was a prince of Sais and founder of the relatively short Twenty-fourth dynasty of Egypt who rose to become a Chief of the Ma at his home city. 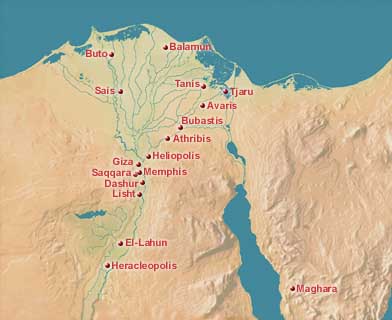 Sais or Sa el-Hagar was an ancient Egyptian town in the Western Nile Delta on the Canopic branch of the Nile. It was the provincial capital of Sap-Meh, the fifth nome of Lower Egypt and became the seat of power during the Twenty-fourth dynasty of Egypt (c. 732-720 BC) and the Saite Twenty-sixth dynasty of Egypt (664-525 BC) during the Late Period. Its Ancient Egyptian name was Zau.

Herodotus wrote that Sais is where the grave of Osiris was located and that the sufferings of the god were displayed as a mystery by night on an adjacent lake.

The city's patron goddess was Neith, whose cult is attested as early as the 1st Dynasty, ca. 3100 - 3050 BCE. The Greeks, such as Herodotus, Plato and Diodorus Siculus, identified her with Athena and hence postulated a primordial link to Athens. Diodorus recounts that Athena built Sais before the deluge that supposedly destroyed Athens and Atlantis. While all Greek cities were destroyed during that cataclysm, the Egyptian cities including Sais survived.

In Plato's Timaeus and Critias (around 395 B.C., 200 years after the visit by the Greek Legislator Solon) , Sais is the city in which Solon (Solon visited Egypt in 590 B.C.) receives the story of Atlantis, its military aggression against Greece and Egypt, its eventual defeat and destruction by natural catastrophe, from an Egyptian priest. Plato also notes the city as the birthplace of the pharaoh Amasis II.

Plutarch said that the shrine of Athena, which he identifies with Isis, in Sais carried the inscription "I am all that hath been, and is, and shall be; and my veil no mortal has hitherto raised."

There are today no surviving traces of this town prior to the Late New Kingdom (c.1100 BC) due to the extensive destruction of the city by the Sebakhin (farmers removing mud brick deposits for use as fertilizer) leaving only a few relief blocks in situ.

He is thought to have reigned roughly 732 BCE - 725 BCE or 7 years. Tefnakht I first began his career as the "Great Chief of the West" and Prince of Sais, and was a late contemporary of the last ruler of the 22nd dynasty: Shoshenq V. Tefnakht I was actually the second ruler of Sais; he was preceded by Osorkon C, who is attested by several documents mentioning him as this city's Chief of the Ma and Army Leader, according to Kenneth Kitchen.

A recently discovered statue dedicated by Tefnakht I to Amun-Re reveals important details about his personal origins. The statue's text states that Tefnakht was the son of a certain Gemnefsutkapu and the grandson of Basa, a priest of Amun near Sais. Consequently, Tefnakht was not actually descended from a line of Chiefs of the Ma and Libu tribes as traditionally believed but rather came from a family of priests. Tefnakht's royal name, Shepsesre, translates as "Noble like Re" in Egyptian. 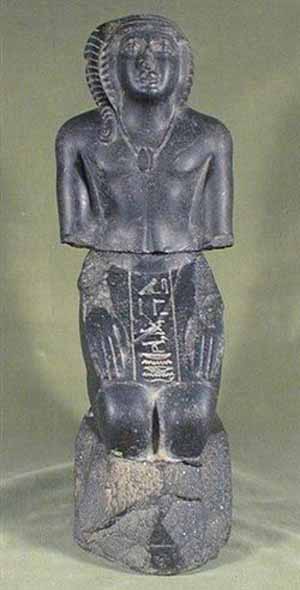 Although Sextus Julius Africanus quotes Manetho as stating that "Bocchoris" ruled for six years, some modern scholars again differ and assign him a shorter reign of only five years, based on evidence from an Apis Bull burial stela. It establishes that Bakenrenef's reign ended only at the start of his 6th regnal year which, under the Egyptian dating system, means he had a reign of 5 full years. Bakenrenef's prenomen or royal name, Wahkare, means "Constant is the Spirit of Re" in Egyptian.

Manetho is the source for two events from Bakenrenef's reign. The first is the story that a lamb uttered the prophecy that Egypt would be conquered by the Assyrians, a story later repeated by such classical authors as Claudius Aelianus (De Natura Animalis 12.3). The second was that Bakenranef was captured by Shabaka, a king of the Twenty-fifth dynasty, who executed Bakenrenef by having him burned alive. A Kushite king, Shabaka extended his rule over the whole of Egypt, which had been split since the Twenty-first dynasty.

Diodorus Siculus, writing about three centuries after Manetho, adds some different details. Diodorus states that although Bakenranef was "contemptible in appearance", he was wiser than his predecessors (1.65). The Egyptians attributed to him a law concerning contracts, which provided for a way to discharge debts where no bond was signed; it was observed down to Diodorus' time (1.79). For this, and other acts, Diodorus included "Bocchoris" as one of the six most important lawgivers of ancient Egypt.

For a minor kinglet briefly in control of the Nile Delta, this is an unexpectedly prominent ranking: "He was a surprising choice," Robin Lane Fox observes, "Perhaps some Greeks, unknown to us, had had close dealings with him; from his reign we have scarab-seals bearing his Egyptian name, one of which found its way into a contemporary Greek grave on Ischia up near the Bay of Naples." Ischia was the earliest of eighth-century Greek colonies in Italy.

Despite the importance implied by these writers, few contemporary records of Bakenranef have survived. The chief inscription of his reign concerns the death and burial of an Apis bull during Years 5 and 6 of his reign; the remainder are a few stelae that Auguste Mariette recovered while excavating the Serapeum in Saqqara. Shabaka deposed and executed Bakenrenef by burning him alive at the stake and buried the Bull in his own Year 2 (720 BC) while campaigning in Lower Egypt. This effectively ended the short-lived 24th Dynasty of Egypt as a potential rival to the Nubian 25th Dynasty. 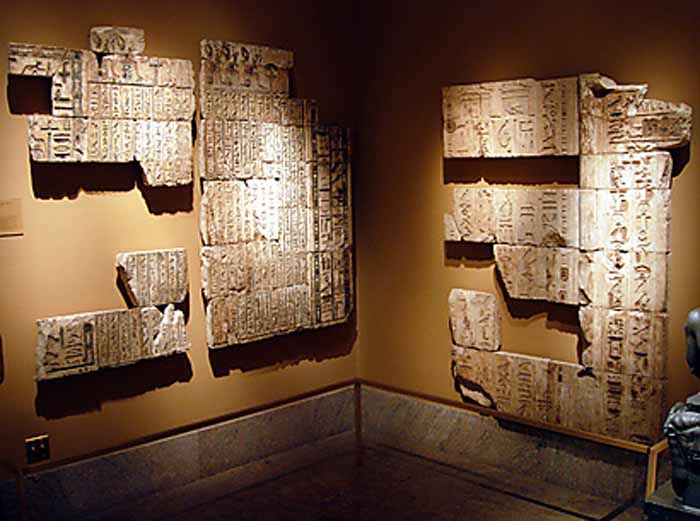 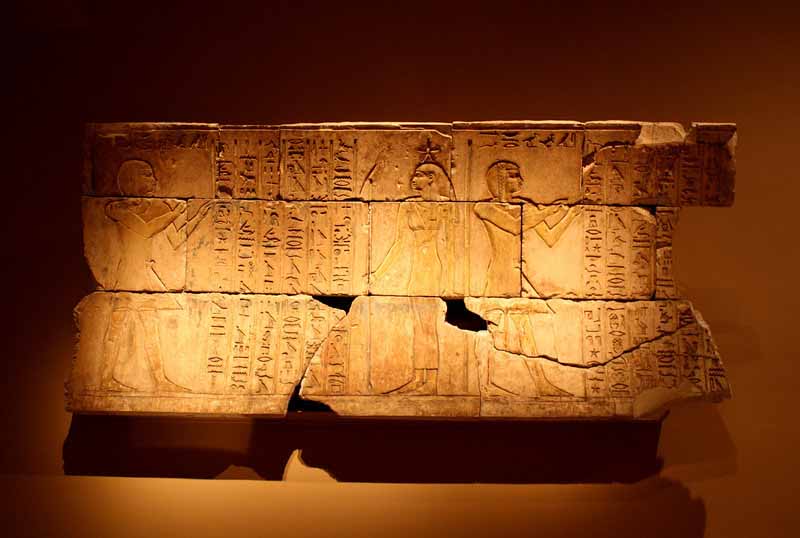