Dragonfly on the 4th of July


July 4, 2006... 9:40 PM ... My attention focused on an usually large dragonfly that attached itself to the screen outside my window. Never had I seen a dragonfly this big. Suddenly someone set off fireworks, just across the street. The circular display had green stars with white 'Roman Candles' streaming from them. It caught me by surprise as it lit up my apartment. The dragonfly remained in the light, then as it faded, it flew off. Dragonflies would appear over the next few days.

The dragonfly inhabits two realms: air and water and the influence of both these elements will be felt by Dragonfly people. They will be emotional and passionate during their early years (the influence of water) and more balanced with greater mental clarity and control in as they mature (the influence of air).

Dragonfly is the essence of the winds of change, the messages of wisdom and enlightenment; and the communication from the elemental world. Dragonfly medicine beckons you to seek out the parts of your habits which need changing. Call on Dragonfly to guide you through the mists of illusion to the pathway of transformation.

The number 2 is important to Dragonfly, so think in terms of two year periods when you begin a change. 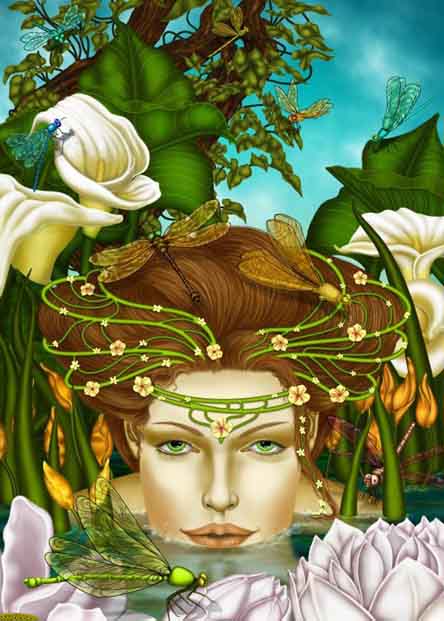 In most cultures dragonflies have been objects of superstition. European folklore is no exception. Many old myths have been lost during the history, but fragments of these old myths are still living in old local names for dragonflies.

Dragonflies, or damselflies, were connected to Freya the Norse goddess of love, fertility and warfare. Freya was famous for her beauty and her knowledge as a magician. It was she who taught Odin the shamanic practices known as seidr which were still practiced during Christian times. The paired bodies of mating dragonflies form the shape of a heart, perhaps being the source for that modern symbol of love. In ancient lore, the dragonfly represents transformation, adaptation and insight.

In Germany dragonflies had over 150 different names.

In England the name Devil's darning needle and Horse stinger have been used.

In Denmark the dragonfly have got such different names as "Devil's riding horse" and "Goldsmith".

The Swedish name for dragonfly is "hobgoblin fly". Long time ago people in Sweden believed that hobgoblins, elves, brownies and such creatures lived in our great woods. In that folklore the dragonflies was considered to be the hobgoblins twisting tools.

In China, people associate the dragonfly with prosperity, harmony and as a good luck charm.

Amongst Native Americans, it is a sign of happiness, activity, speed and purity. activity. For the Navajo they symbolize pure water. Dragonflies are a common motif in Zuni pottery; stylized as a double-barred cross, they appear in Hopi rock art and on Pueblo necklaces.

The Maya considered the dragonfly to be one of the symbols of Kukulcan also known as Quetzalcoatl whose spirit is said to be connected with the fulfillment of the Mayan Prophecy.


In some countries -- Indonesia, many African and South America - both the adult and larva dragonflies are caught and eaten fried or in soup.

In China and Japan dragonflies have been treated as holy animals, and believed to have medical qualities. Even today the dragonfly Sympetrum frequens is used as fever reducing drug.

All over the world dragonflies have been used in different forms of art, stamps and more. 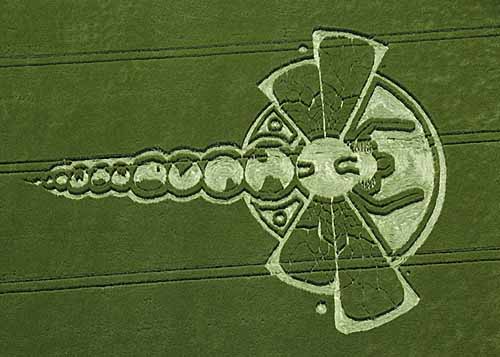 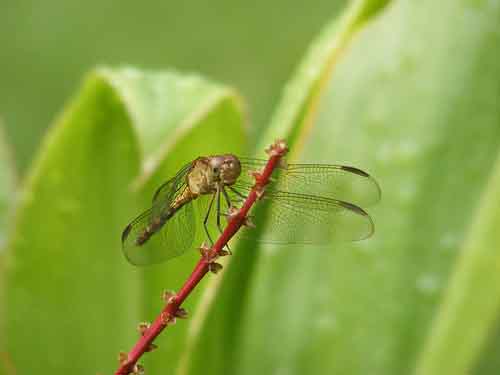 A dragonfly is an insect characterized by large multifaceted eyes, two pairs of strong transparent wings, and an elongated body. Dragonflies typically eat mosquitoes, midges and other small insects like flies, bees, and butterflies. They are usually found around lakes, ponds, streams, and wetlands because their larvae, known as "nymphs", are aquatic. The oldest known species of dragonfly is the 320 million year old. Read more ...