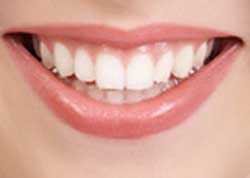 Tooth decay and gum problems have plagued humanity since the beginning of time. The history of dentistry takes us back thousands to the Indus Valley Civilization and 7000 BCE. This earliest form of dentistry involved curing tooth related disorders with bow drills operated, perhaps, by skilled bead craftsmen. The reconstruction of this ancient form of dentistry showed that the methods used were reliable and effective.

A Sumerian text from 5000 BC describes a "tooth worm" as the cause of dental caries. Evidence of this belief has also been found in ancient India, Egypt, Japan, and China.

The legend of the worm is also found in the writings of Homer, and as late as the 1300s AD the surgeon Guy de Chauliac still promoted the belief that worms cause tooth decay.

The Edwin Smith Papyrus, written in the 17th century BC but which may reflect previous manuscripts from as early as 3000 BC, includes the treatment of several dental ailments.

In the 18th century BC, the Code of Hammurabi referenced dental extraction twice as it related to punishment. Examination of the remains of some ancient Egyptians and Greco-Romans reveals early attempts at dental prosthetics and surgery. 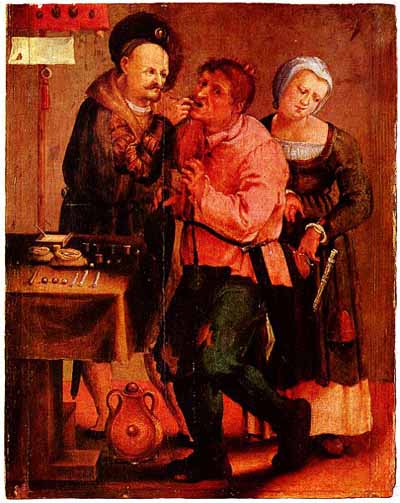 The first use of dental appliances or bridges comes from the Etruscans from as early as 700 BC.

Historically, dental extractions have been used to treat a variety of illnesses. During the Middle Ages and throughout the 19th century, dentistry was not a profession in itself, and often dental procedures were performed by barbers or general physicians. Barbers usually limited their practice to extracting teeth which alleviated pain and associated chronic tooth infection. Instruments used for dental extractions date back several centuries.

The first book focused solely on dentistry was the "Artzney Buchlein" in 1530, and the first dental textbook written in English was called "Operator for the Teeth" by Charles Allen in 1685.

Among many of his developments were the extensive use of dental prosthesis, the introduction of dental fillings as a treatment for dental caries and the statement that sugar derivate acids such as tartaric acid are responsible for dental decay.


Tooth Decay to Be a Thing of the Past? Enzyme Responsible for Dental Plaque Sticking to Teeth Deciphered   Science Daily - December 5, 2010 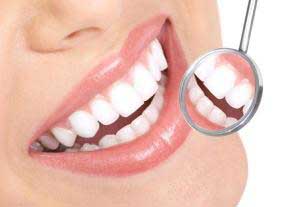 The Groningen professors Bauke Dijkstra and Lubbert Dijkhuizen have deciphered the structure and functional mechanism of the glucansucrase enzyme that is responsible for dental plaque sticking to teeth. This knowledge will stimulate the identification of substances that inhibit the enzyme. Just add that substance to toothpaste, or even sweets, and caries will be a thing of the past.


The real fear of dental chair revealed   PhysOrg - December 8, 2010
Nearly one in five women - and one in ten men - will suffer 'extreme dental anxiety' before they even sit in the dentistŐs chair, according to the biggest adult dental survey for a decade.