Each design originates from the collective unconsciousness
awakening those who are guided to create and experience its energies.
Most formations are encoded with metaphoric content to that end. 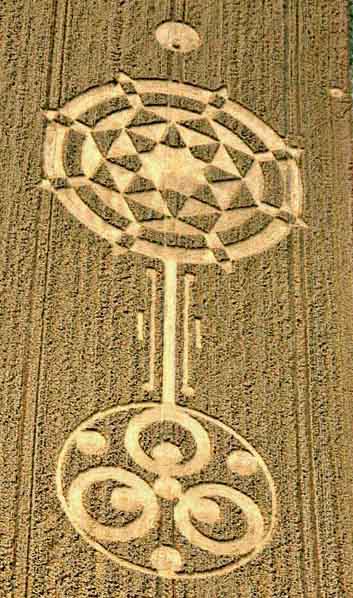 
The Stanton St Bernard formation speaks to me of 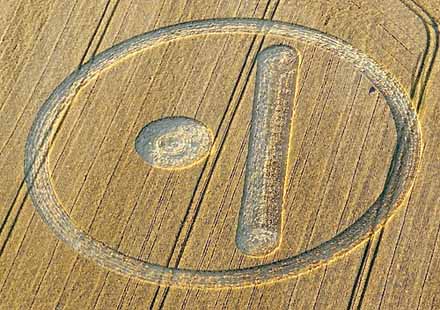 Completion, Canister (Torah or New Program, Diploma) outside an 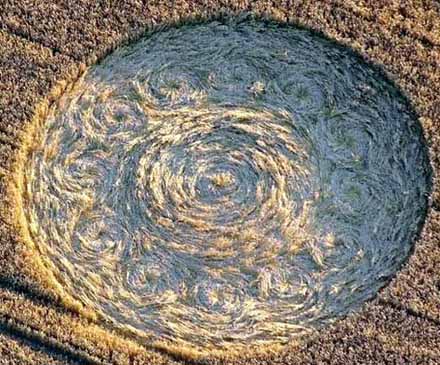 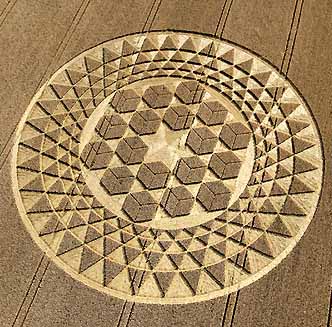 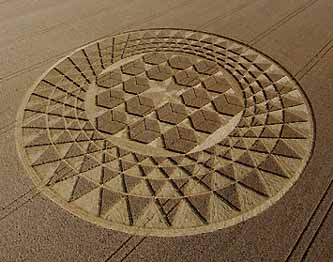 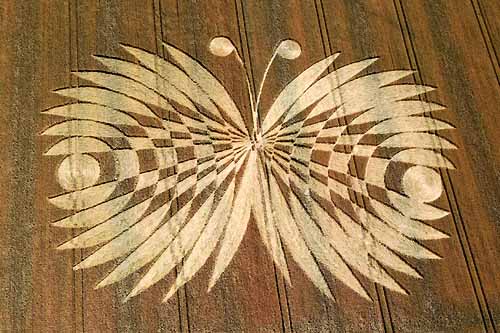 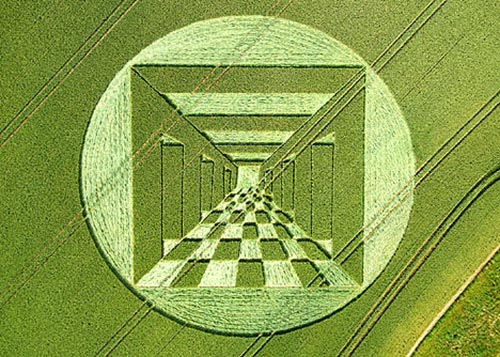 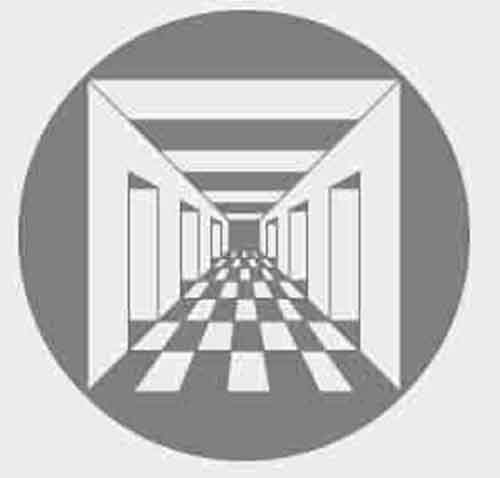 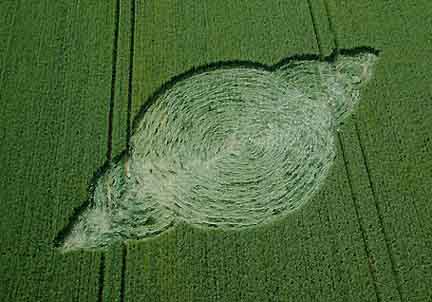 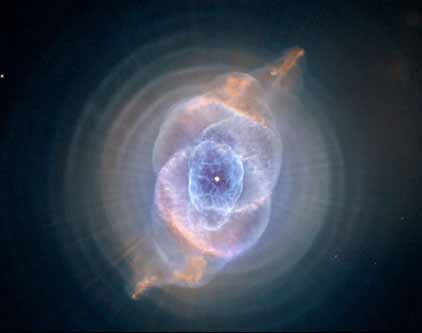 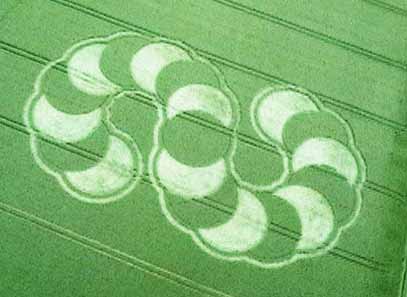 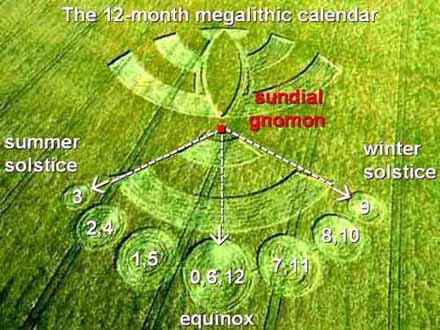 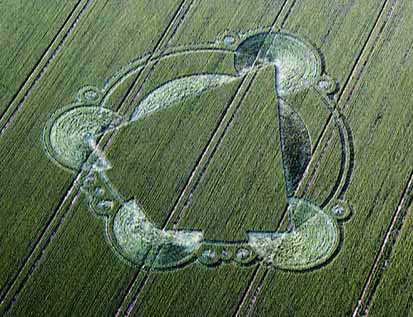 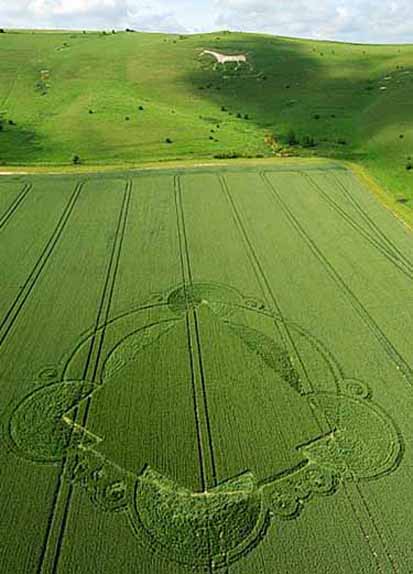 Crop circle season has started early this year but in a familiar setting after this impressive three-dimensional pyramid design was discovered at Milk Hill in Wiltshire. The 175-foot formation was spotted by early morning commuters on the A361 Devises to Alton Barnes road. Just metres from the chalk White Horse on the slope at Milk Hill, the pattern consists of a pyramid shape within a circle, surrounded by four smaller circles. Milk Hill is common ground for crop circles with some of the world's most impressive formations appearing there each year. 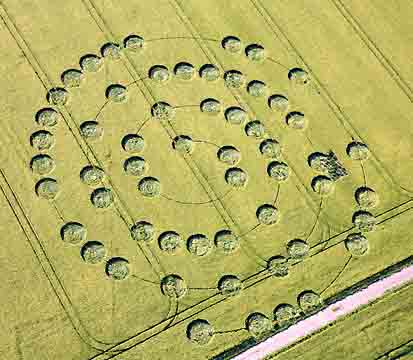 This takes us to the research of my friend Stuart Mitchell and his father Tommy, as their research at Rosslyn Chapel guides their next discovery related to sacred geometry and harmonics. Stuart and I emailed about the formation above after the formation was reported. Stu wrote:

This is the sequence of the circle, a total of 57 circles:

You can apply these numbers to tones and pitch. Then apply them to any key in your mind either major or minor or even 12 tone music. Its beautiful! I've played its melodies and chords out and through all modes, in my mind. They are simple but its not what it is. It could be a chord a massive harmony. But I think its binary language though, it's a word! Maybe it's the binary code for 'OM'.