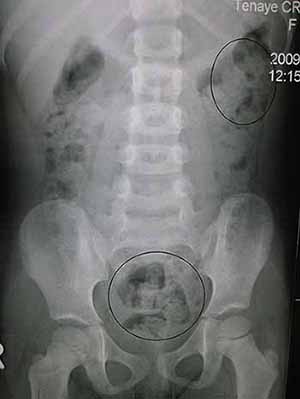 The best thing to take to regulate bowel movements is 500mg of magnesium daily.


Constipation (also known as costiveness or dyschezia) refers to bowel movements that are infrequent or hard to pass. Constipation is a common cause of painful defecation. Severe constipation includes obstipation (failure to pass stools or gas) and fecal impaction, which can progress to bowel obstruction and become life-threatening.

Constipation is a symptom with many causes. These causes are of two types: obstructed defecation and colonic slow transit (or hypomobility). About 50% of patients evaluated for constipation at tertiary referral hospitals have obstructed defecation. This type of constipation has mechanical and functional causes. Causes of colonic slow transit constipation include diet, hormonal disorders such as hypothyroidism, side effects of medications, and rarely heavy metal toxicity. Because constipation is a symptom, not a disease, effective treatment of constipation may require first determining the cause. Treatments include changes in dietary habits, laxatives, enemas, biofeedback, and in particular situations surgery may be required.

Constipation is common; in the general population incidence of constipation varies from 2 to 30%. In the United States expenditures on medications for constipation are greater than $250 million per year. Read more 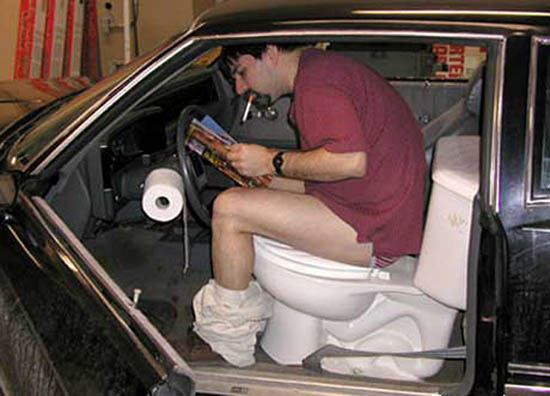 What To Do When You Can't... Quite... Go   Huffington Post - April 7, 2015
Everybody poops, but not everybody poops well: A recent study published in The American Journal of Gastroenterology found that the number of people arriving at hospital emergency rooms for constipation is on the rise. Depending on one's definition of constipation, the condition can affect between 12 and 19 percent of the population and cost an estimated $1.6 billion in emergency room visits in 2011. A 2002 study also found that Americans spend about $800 million a year on laxatives.

But beyond the numbers, constipation is a very real problem that almost everyone will experience at some point in their lives -- whether it's brought on by travel stress, unfamiliar surroundings, medication, age or a changing lifestyle and diet. Dr. William Chey, a professor of medicine at the University of Michigan and co-editor-in-chief of the journal that published the study, believes that the U.S. is going to see these numbers rise even more as the population ages. In part this is because the condition might be exacerbated by aging colons, as well as lifestyle changes linked to being elderly: medications, less physical activity and more prepared or processed foods. ....