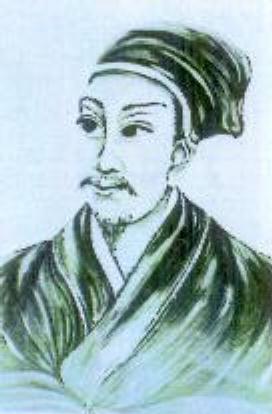 One of the most famous people in ancient China was a wise philosopher named Confucius. This Chinese man was a well-known leader in philosophy and he also made many wise phrases and theories about the law, life, and the government. Philosophy is a kind of a system of ideas and thoughts that talk about the human's behavior, the rules that you should follow to make a successful life, and about the government.

In other words, it's about thoughts and theories that teach other people lessons about principles, or rules, about life and it also teaches you a moral ( sort of like the morals that are at the end of a fable). Confucius is famous for his philosophy because he made many wise sayings in ancient China that helped many people learn about nature, the world, and the human behavior. He also helped the government and the emperor by teaching them lessons on how the emperor should rule his kingdom successfully.

Confucius was born in a poor family in the year 551 B.C. in the state of Lu.

Confucius' life as a child was sad. His father died when he was four years old. His mom kept the family from becoming hungry by working very often, and he sometimes had to stay in his home all by himself.

He was educated in music, history, poetry, and sports.

When Confucius got married at the age of 19, he worked as a keeper of a market. He had one son.

He was a farm worker who took care of parks and farm animals. When he was 20, he worked for the governor of his district.

After his mother's death he went into mourning. At the end of that period he became a teacher of the six disciplines--poetry, music, history, government, etiquette, and divination.

When Confucius was 22, he became a very good teacher and started his own school. He taught any person who wanted to learn about philosophy. He taught his students about nature and the world.

Confucius was a gentleman and a scholar.

Confucius also taught about the government - aspiring to a high office in the government. He proceeded through the ministries and became the chief justice in his state. Later he received a prestigious post which enabled him to spend the rest of his life compiling his writings, which are known as the Confucian Classics

Confucius taught in his school for many years. His theories and principles were spread throughout China by his disciples, and soon many people learned from his wise sayings. One of his rules said," If you governed your province well and treat your people kindly, you kingdom shall not lose any war. If you govern selfishly to your people, you kingdom will not only lose a war, but your people will break away from your kingdom." He had also said a wise phrase called the golden rule that is still being used as a rule today. It said, "A man should practice what he preaches, but a man should also preach what he practices."

One day, his students and he passed a grave where they saw a women weeping at a gravestone. She told Confucius that her husband, her husband's father, and her son were killed by a tiger. When Confucius asked her why she didn't leave such a fated spot, she answered that in this place there was no oppressive government.

Confucius had so many wise principles that he was awarded to be the governor of his province when he was 52. He was a governor so well that a neighboring governor got jealous of him. After Confucius was threaten by the neighboring province, his power was overthrown.

Confucius was then abandoned from his province and he wandered about China for 13 years. When Confucius was 69 years old, he returned to Lu, his home state, and he died there 3 years after settling in Lu. After Confucius died, he was buried in a grave in the city of Kufow. Yet, when the philosopher died, many people honored all of Confucius' work by building temples in every city in China to honor Confucius. Since Confucius' teachings and philosophy was so advanced, it was the education for China for 2,000 years.

It is called Confucianism which is often characterized as a system of social and ethical philosophy rather than a religion.

Confucius did not intend to found a new religion, but to interpret and revive the unnamed religion of the Zhou (Chou) dynasty.

Confucius helped many people learn about many important things in life. He helped emperors and people solve problems with his stunning philosophy. The people of China would not have learned such important morals, or lessons, if it weren't for the famous philosopher that guided the people in the art of philosophy.

The basic ideal of Confucius was that of Jen which means benevolence, true manhood, altruism, character, human-heartedness, steadfastness, and humanity. When Jen is applied to human relations it becomes Te, which is translated as "virtue".

Confucius, however, believed that the basis lay in Zhou religion, in its rituals (li). Li establishes harmony in the individual, the home, the village, and the country.

Some of Confucius' Sayings

"Someone who is a clever speaker and maintains a 'too-smiley' face is seldom considered a person of jen."

"Do unto others as you would have them do unto you".

"Each day I examine myself in three ways: in doing things for others, have I been disloyal? In my interactions with friends, have I been untrustworthy? Have not practiced what I have preached?"

"If you would govern a state of a thousand chariots (a small-to-middle-size state), you must pay strict attention to business, be true to your word, be economical in expenditure and love the people. You should use them according to the seasons."

"A young man should serve his parents at home and be respectful to elders outside his home. He should be earnest and truthful, loving all, but become intimate with jen. After doing this, if he has energy to spare, he can study literature and the arts."

"If the Superior Man is not 'heavy,' then he will not inspire awe in others. If he is not learned, then he will not be on firm ground. He takes loyalty and good faith to be of primary importance, and has no friends who are not of equal (moral) caliber. When he makes a mistake, he doesn't hesitate to correct it."

"When the Superior Man eats he does not try to stuff himself; at rest he does not seek perfect comfort; he is diligent in his work and careful in speech. He avails himself to people of the Tao and thereby corrects himself. This is the kind of person of whom you can say, 'he loves learning.'"

"Ah, now I can begin to discuss the Book of Odes with Tz'u. I give him a hint and he gets the whole point."

"If you govern with the power of your virtue, you will be like the North Star. It just stays in its place while all the other stars position themselves around it."

"At fifteen my heart was set on learning; at thirty I stood firm; at forty I had no more doubts; at fifty I knew the mandate of heaven; at sixty my ear was obedient; at seventy I could follow my heart's desire without transgressing the norm."

"I can talk with Hui for a whole day without him differing with me in any way--as if he is stupid. But when he retires and I observe his personal affairs, it is quite clear that he is not stupid."

Confucius lived in the 6th century BC. This was the time of Zoroaster in Persia, Jeremiah and Ezekiel in Israel, Mahavira in India, Pythagoras in Greece, and Lao-tsu in China. Five different major religions arose in this century - including the three main religions of China to this day - Confucianism, Taoism and Buddhism.

The essence of his teachings is to strive for perfect virtue in every thought, word, and deed.

Confucius or was an early incarnation of Ascended Master Djwhal Khul.