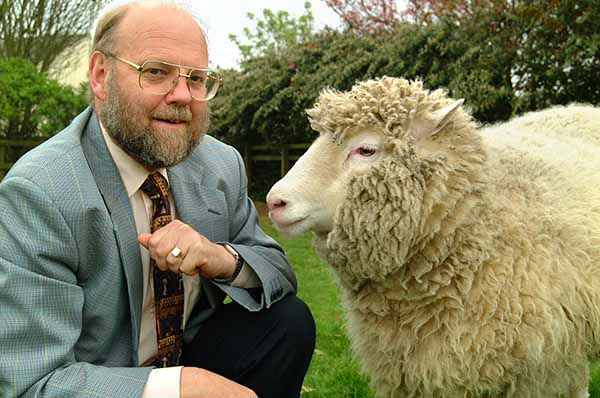 Dolly (July 5, 1996 - February 14, 2003) was a female domestic sheep, and the first mammal cloned from an adult somatic cell, using the process of nuclear transfer. She was cloned by Ian Wilmut, Keith Campbell and colleagues at the Roslin Institute, part of the University of Edinburgh, Scotland, and the biotechnology company PPL Therapeutics, based near Edinburgh. The funding for Dolly's cloning was provided by PPL Therapeutics and the UK's Ministry of Agriculture. She died from a progressive lung disease five months before her seventh birthday. She has been called "the world's most famous sheep" by sources including BBC News and Scientific American.

The cell used as the donor for the cloning of Dolly was taken from a mammary gland, and the production of a healthy clone therefore proved that a cell taken from a specific part of the body could recreate a whole individual. On Dolly's name, Wilmut stated "Dolly is derived from a mammary gland cell and we couldn't think of a more impressive pair of glands than Dolly Parton's".

After cloning was successfully demonstrated through the production of Dolly, many other large mammals were cloned, including pigs, deer, horses and bulls. The attempt to clone argali (mountain sheep) did not produce viable embryos. The attempt to clone a banteng bull was more successful, as were the attempts to clone mouflon (a form of wild sheep), both resulting in viable offspring. The reprogramming process that cells need to go through during cloning is not perfect and embryos produced by nuclear transfer often show abnormal development. Making cloned mammals was highly inefficient Đ in 1996 Dolly was the only lamb that survived to adulthood from 277 attempts.

By 2014 Chinese scientists were reported to have 70Đ80% success rates cloning pigs and in 2016, a Korean company, Sooam Biotech, was producing 500 cloned embryos a day. Wilmut, who led the team that created Dolly, announced in 2007 that the nuclear transfer technique may never be sufficiently efficient for use in humansRead more 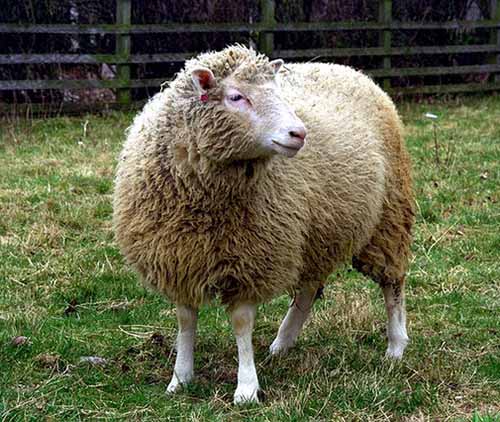 Today marks the 20th anniversary of the announcement of Dolly the sheep, the first mammal cloned from an adult cell. Her creation left a lasting impact on both the public and the field of developmental biology, experts say. At the time, other researchers had managed to clone mammals by splitting embryos in a test tube and implanting them in adults. However, none had successfully used an adult somatic (body) cell to clone a mammal. Researchers at the Roslin Institute in Scotland were finally able to produce Dolly - cloned from the udder cell of an adult sheep - after 276 attempts, according to the National Human Genome Research Institute (NHGRI).