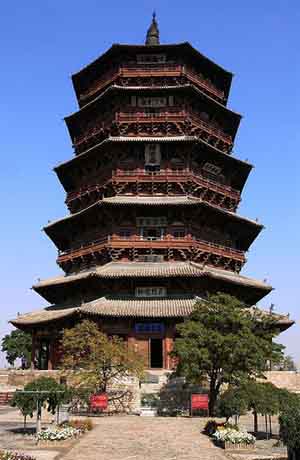 The architecture of China is as old as Chinese civilization. From every source of information - literary, graphic, exemplary - there is strong evidence testifying to the fact that the Chinese have always employed an indigenous system of construction that has retained its principal characteristics from prehistoric times to the present day. Over the vast area from Chinese Turkistan to Japan, from Manchuria to the northern half of French Indochina, the same system of construction is prevalent; and this was the area of Chinese cultural influence. That this system of construction could perpetuate itself for more than four thousand years over such a vast territory and still remain a living architecture, retaining its principal characteristics in spite of repeated foreign invasions - military, intellectual, and spiritual - is a phenomenon comparable only to the continuity of the civilization of which it is an integral part.

The following article gives a cursory explanation of traditional Chinese architecture, before the introduction of Western building methods during the early 20th century. Throughout the 20th Century, however, Western-trained Chinese architects have attempted to combine traditional Chinese designs into modern (usually government) buildings, with only limited success. Moreover, the pressure for urban development throughout contemporary China required higher speed of construction and higher floor area ratio, which means that in the great cities the demand for traditional Chinese buildings, which are normally less than 3 levels, has declined in favor of modern architecture. However, the traditional skills of Chinese architecture, including major carpentry, minor carpentry, masonry, and stone masonry, are still applied to the construction of vernacular architecture in the vast rural area in China.

Bilateral symmetry and the articulation of buildings are found everywhere in Chinese architecture, from palace complexes to humble farmhouses. When possible, plans for renovation and extension of a house will often try to maintain this symmetry provided that there is enough capital to do so.

In contrast to the buildings, Chinese gardens are a notable exception which tends to be asymmetrical. The principle underlying the garden's composition is to create enduring flow Chinese Architecture 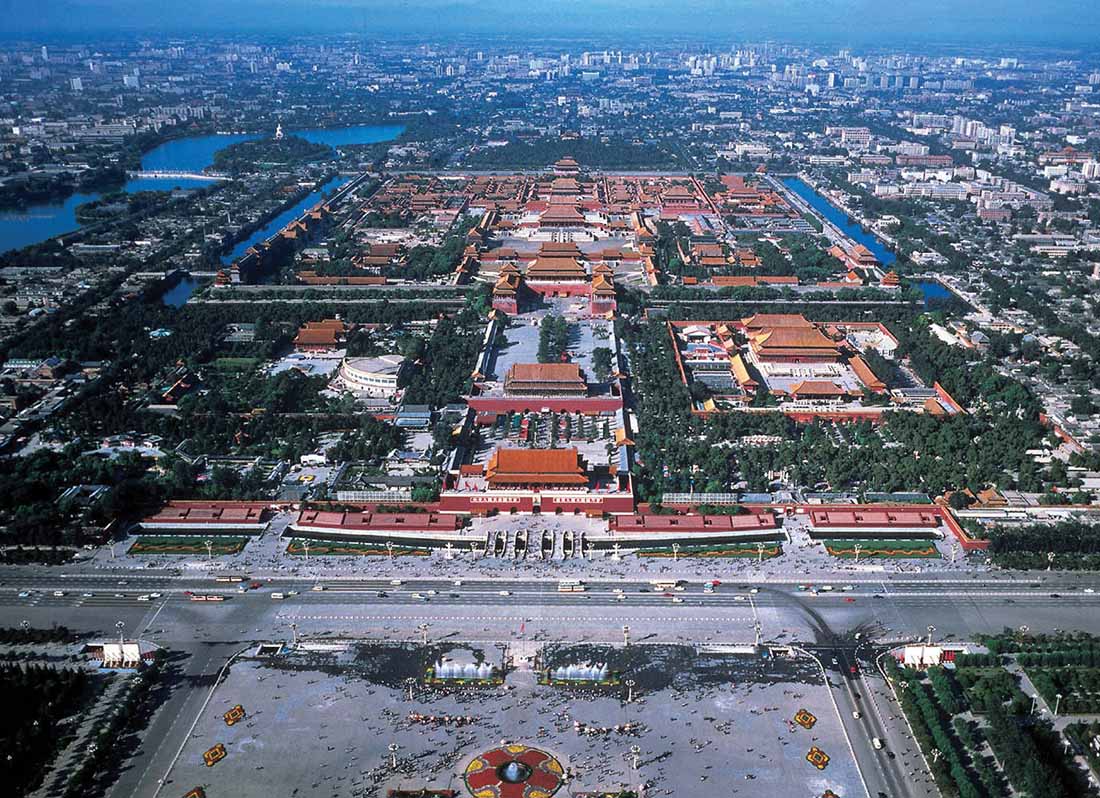