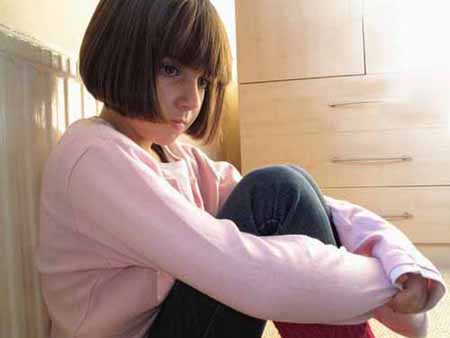 Children's mental health Issues are growing or shall we say are more openly recognized, diagnosed and treated than ever before, especially with the increase in autism and the craziness that seems to permeate the human condition.

Thanks in part to the changes with the ACA and how health insurance works, we are more aware today of the mental health issues most humans face, we also have to go back to their behavior and state of mind as children. This is reflected in their DNA, that of their biological parents with predispositions for personality disorders, and further influenced by their environment.

Media also teaches children that if they have problems, acting out can get them needed help from sources outside the home, when life seems intolerable. This goes beyond the normal stages of childhood development and rebellion they encounter while growing up - highlighted at puberty and raging by age 19.

People are having a hard time finding themselves and coping these days, as reflected in the fact that 50% of the population has been shown to suffer from some form of mental illness and the other 50% probably self medicate or are really lucky and have no psychological disorders or learning challenges, growing up in a non-abusive home.

We are taught by self-help gurus and media that children display emotional problems even at the earliest ages and must be evaluated and diagnosed to know what comes next in creating some sort of functional balance in the home.

People return to ... medication or holistic methods ... or a combination of both. Medication is a matter of trial and error but something must be done to remove the pain and suffering from both parent and child so both can function and understand what is wrong and what must be done.

The article below looks at the number of emergency room visits due to mental health problems of children and young adults which is on the rise.


Children's Mental Health Issues are a Growing Cause of ER Visits   Live Science - October 14, 2011
The number of emergency room visits due to mental health problems of children and young adults is on the rise, according to a new study. Researchers analyzed data from 279 million visits kids made to emergency rooms around the country spanning 1999 through 2007.

Over the eight-year period, the percentage of those visits attributable to psychiatric complaints rose from 2.4 percent to 3 percent. While seemingly small, such an increase translates to hundreds of thousands of additional psychiatry-related ER visits per year, the study's authors wrote. The largest rise was seen among children who have no health insurance or public health insurance.

The reasons for the psychiatric visits in those under age 19 fit into six broad categories, said study researcher Dr. Zachary Pittsenbarger, of Children's Hospital Boston. Depression, anxiety and behavioral issues were the most common, with suicide attempts, drug use and alcohol problems less often cited. "These patients are often in the emergency room for longer than many other patients, and need the most consultations," Pittsenbarger said. "We need to find out why they are there, and whether they could be better served in an outpatient clinic." The new findings are being presented today at the American Academy of Pediatrics National Conference and Exhibition in Boston.

Shortage of doctors to blame

Despite increasing numbers of pediatric psychiatric visits to emergency departments, patients did not become any more likely over time to be admitted to the hospital. This indicates that the children and young adults are not any sicker, Pittsenbarger said. Many of them likely have problems that could be dealt with by outpatient psychiatrists. Therefore, he said, a shortage of such outpatient mental health specialists may be to blame for the rise in ER visits. If a patient or parent can't easily find an outpatient specialist to help them, they will turn toward the emergency department.

A second factor in the increase, he said, is the effect of having public health insurance on a person's access to outpatient mental health care. Many psychiatrists either don't accept Medicaid and other public insurances, or are more reluctant to fit these patients into their schedule, other studies have shown.

Among the pediatric psychiatric ER visits that Pittsenbarger studied, the percentage of visits by patients with either no health insurance or Medicaid grew from 46 percent in 1999 to 54 percent in 2007.

Dr. Karin Rhodes of the University of Pennsylvania led a study in Cook County, Ill., which includes the city of Chicago, that examined whether it was more difficult for children with public insurance or private insurance to get appointments with medical specialists. The data were published in June in the New England Journal of Medicine.

The study relied on scripted phone calls with doctors' offices; callers were told what symptoms to describe and what type of insurance to mention. The psychiatry offices in the study scheduled appointments for 51 percent of calls in which a child was said to have private insurance, and only 17 percent of calls for children said to have public insurance. "Psychiatry had the worst access, not just among publicly insured children, but for all children," Rhodes said. "It's a disturbing trend," Rhodes said. Based on the study's results, it's not surprising that ER visits are rising, she said. "It does indicate that the disparities we found in Cook County probably exist nationwide."

More work is needed, Pittsenbarger said, to determine who the patients are that are using the ER for mental health issues, and how doctors can help them get more appropriate care. "For example, we want to know if these are the same patients coming in over and over or are these many patients who are coming once each time," he said.