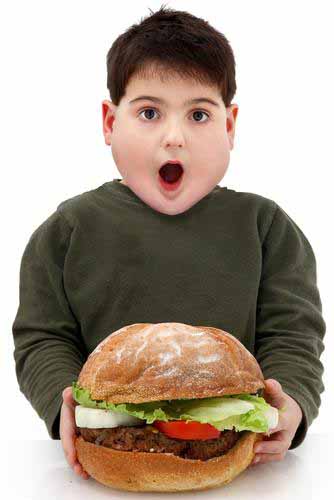 We all know that childhood obesity has become a major problem especially in the United States. We also know that everything we do is determined by our genetic codes, even if it sees to be environmentally influenced. Nothing is by accident. It all happens for a reason.


Childhood obesity is a condition where excess body fat negatively affects a child's health or wellbeing. As methods to determine body fat directly are difficult, the diagnosis of obesity is often based on BMI. Due to the rising prevalence of obesity in children and its many adverse health effects it is being recognized as a serious public health concern. The term overweight rather than obese is often used in children as it is less stigmatizing. Read more ...


2 Childhood Obesity Genes Discovered   Live Science - April 9, 2012
Researchers have linked two new genes with an increased risk of obesity in children, a new study says. The genes show a strong association with childhood obesity, the researchers say. Previous studies have identified genes associated with obesity in adults, and in children with extreme obesity due to an underlying condition, but the new study is the first to link genes with childhood obesity in the general population.

It's still not clear how the genes act to increase obesity risk, Grant said, but they operate in the gut.

The study, conducted by an international group of researchers, was published online Sunday (April 8) in the journal Nature Genetics.

Since 1980, childhood obesity has tripled in the United States, and currently, one-third of children and adolescents are overweight or obese, according to the Centers for Disease Control and Prevention.

While factors such as unhealthy foods and lack of physical activity have contributed to the rise in childhood obesity rates, studies of families and twins show obesity has a genetic component as well, the researchers said.

A gene called OLFM4 on chromosome 13, and one called HOXB5 on chromosome 17 were the closest genes to the markers. Additional research is needed to confirm these genes are, in fact, the ones that play a role in child obesity, and that the link is not due to other nearby genes, the researchers said.

"This work opens up new avenues to explore the genetics of common childhood obesity," Grant said. "Much work remains to be done, but these findings may ultimately be useful in helping to design future preventive interventions and treatments for children, based on their individual genomes," he said.