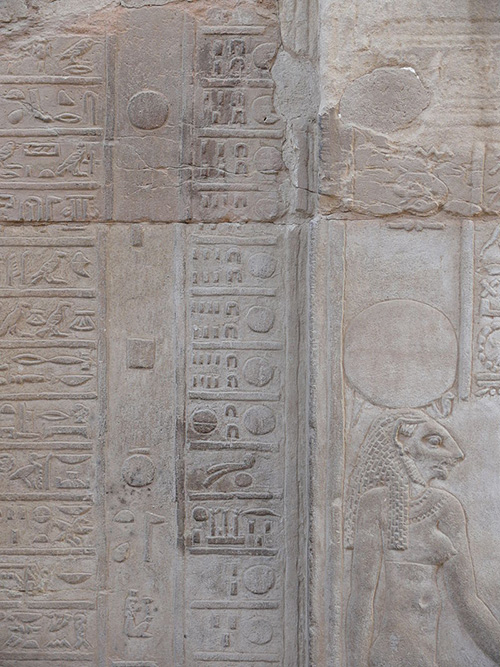 The ancient Egyptian calendar was a solar calendar with a 365-day year. The year consisted of three seasons of 120 days each, plus an intercalary month of 5 epagomenal days treated as outside of the year proper. Each season was divided into four months of 30 days. These twelve months were initially numbered within each season but came to also be known by the names of their principal festivals. Each month was divided into three 10-day periods known as decans or decades. It has been suggested that during the Nineteenth Dynasty and the Twentieth Dynasty the last two days of each decan were usually treated as a kind of weekend for the royal craftsmen, with royal artisans free from work.

Because this calendrical year was nearly a quarter of a day shorter than the solar year, the Egyptian calendar lost about one day every four years relative to the Gregorian calendar. It is therefore sometimes referred to as the wandering year (Latin: annus vagus), as its months rotated about one day through the solar year every 4 years. Ptolemy III's Canopus Decree attempted to correct this through the introduction of a sixth epagomenal day every four years but the proposal was resisted by the Egyptian priests and people and abandoned until the establishment of the Alexandrian or Coptic calendar by Augustus. The introduction of a leap day to the Egyptian calendar made it equivalent to the reformed Julian calendar, although it continues to diverge from the Gregorian calendar at the turn of most centuries.

This civil calendar ran concurrently with an Egyptian lunar calendar which was used for some religious rituals and festivals. Some Egyptologists have described it as lunisolar, with an intercalary month supposedly added every two or three years to maintain its consistency with the solar year, but no evidence of such intercalation before the 4th century bc has yet been discovered. Read more