Some Brains May Be Hard-Wired for Chronic Pain


Some Brains May Be Hard-Wired for Chronic Pain 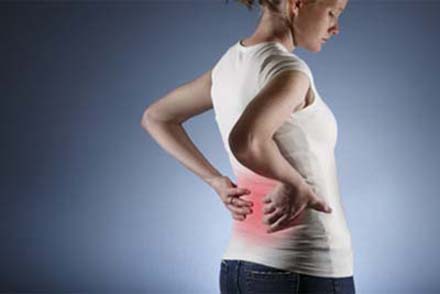 The brain is a bio-chemical machine that allows us to experience reality through emotions. When it comes to pain, the brain can have a physical base with an emotional need to perpetuate the pain. Pain can also vary based on structural differences in the brain.


Some Brains May Be Hard-Wired for Chronic Pain   Live Science - September 18, 2013
Structural differences in the brain may be one reason why one person recovers from pain while another develops chronic agony, a new study suggests. The researchers scanned the brains of 46 people who had lower back pain for about three months, and then evaluated their pain four times over the following year. About half of the patients recovered during the year; the other half continued to have persistent pain throughout the study.

Looking back at the brain scans, the researchers found structural differences in the brains of people who recovered compared with people who developed chronic pain. The differences were found in the brainŐs white matter, which mostly consists of long connections between neurons and brain regions.

Specifically, the differences lay in the connections between brain regions thought to be involved in pain perception, the researchers said. We may have found an anatomical marker for chronic pain in the brain.

Such structural differences most likely exist independent from the incident that triggers back pain, and may mean that some people are more susceptible to developing chronic pain, the researchers said in the study, which will be published in the October issue of the journal Pain.

Most people who suffer pain after an injury eventually return to a healthy state. However, some continue to suffer long after the injury has healed. It is not clear what mechanisms drive the transition from acute pain to chronic pain, which may persist for years.

In the study, the researchers used a brain imaging technique called diffusion tensor imaging (DTI), which measures the integrity of the brain's white matter.

To test the strength of the relationship between brain's structure and chronic pain, the researchers looked at whether the brain differences shown in the initial brain scans could predict whether patients would recover or continue to experience pain. They found that the early brain scans predicted whose pain would resolve and whose pain would persist one year later. Researchers were surprised how robust the results were and amazed at how well the brain scans predicted persistence of low back pain. Prediction is the name of the game for treating chronic pain.

The findings suggest that brain's structural properties are involved in chronic pain, and more extensive studies are needed to understand the role of white matter integrity in chronic pain.