Book of the Netherworld 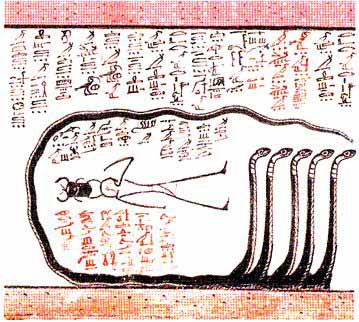 On the second shrine of the pharaoh Tutankhamen, a unique and enigmatic two-part book was discovered in his tomb by the English archaeologist, Howard Carter. It is speculated that the book covers the creation and rebirth of the sun; however, the true meaning of the book is not known due to the use of cryptographic illustrations to preserve the secrecy of the formulas.

The enigmatic Book of the Netherworld is broken into three sections that incorporate other funerary texts, such as the Book of the Dead and the Amduat. Other enigmatic books have been found in the tombs of Ramesses IX and Ramesses V.