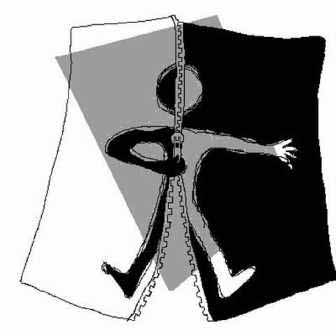 Bipolar disorder, also known as manic depression, is a mental disorder with periods of depression and periods of elevated mood. The elevated mood is significant and is known as mania or hypomania, depending on its severity, or whether symptoms of psychosis are present. During mania, an individual behaves or feels abnormally energetic, happy or irritable. Individuals often make poorly thought out decisions with little regard to the consequences. The need for sleep is usually reduced during manic phases. During periods of depression there may be crying, a negative outlook on life, and poor eye contact with others. The risk of suicide among those with the illness is high at greater than 6 percent over 20 years, while self-harm occurs in 30-40 percent. Other mental health issues such as anxiety disorders and substance use disorder are commonly associated.

The causes are not clearly understood, but both environmental and genetic factors play a role. Many genes of small effect contribute to risk. Environmental factors include a history of childhood abuse, and long-term stress. The condition is divided into bipolar I disorder if there is at least one manic episode and bipolar II disorder if there are at least one hypomanic episode and one major depressive episode. In those with less severe symptoms of a prolonged duration the condition cyclothymic disorder may be diagnosed. If due to drugs or medical problems it is classified separately. Other conditions that may present in a similar manner include attention deficit hyperactivity disorder, personality disorders, schizophrenia, and substance use disorder as well as a number of medical conditions. Medical testing is not required for a diagnosis, though blood tests or medical imaging can be done to rule out other problems.

Treatment commonly includes psychotherapy, as well as medications such as mood stabilizers and antipsychotics. Examples of mood stabilizers that are commonly used include lithium and various anticonvulsants. Treatment in hospital against a person's consent may be required if a person is at risk to themselves or others but refuses treatment. Severe behavioral problems may be managed with short term antipsychotics or benzodiazepines. In periods of mania it is recommended that antidepressants be stopped. If antidepressants are used for periods of depression they should be used with a mood stabilizer.

Electroconvulsive therapy (ECT) may be helpful for those who do not respond to other treatments. If treatments are stopped, it is recommended that this be done slowly. Many individuals have financial, social or work-related problems due to the illness. These difficulties occur a quarter to a third of the time on average. The risk of death from natural causes such as heart disease is twice that of the general population. This is due to poor lifestyle choices and the side effects from medications.

About 3 percent of people in the US are estimated to have bipolar disorder at some point in their life. Lower rates of around 1 percent are found in other countries. The most common age at which symptoms begin is 25. Rates appear to be similar in females and males. The economic costs of the disorder has been estimated at $45 billion for the United States in 1991. A large proportion of this was related to a higher number of missed work days, estimated at 50 per year. People with bipolar disorder often face problems with social stigma. Read more

Study shows how specific gene variants may raise bipolar disorder risk   Medical Express - January 9, 2019
A new study by researchers finds that the protein CPG2 is significantly less abundant in the brains of people with bipolar disorder (BD) and shows how specific mutations in the SYNE1 gene that encodes the protein undermine its expression and its function in neurons. he team's analysis and experiments show how a set of genetic differences in patients with bipolar disorder can lead to specific physiological dysfunction for neural circuit connections, or synapses, in the brain.


Bipolar disorder and epilepsy linked to turning down an inhibitory switch in brain circuits   Medical Express - January 4, 2017
People with bipolar disorder suffer from excessive emotional highs and lows that can cycle uncontrollably, severely distorting their awareness of self and others, impairing social and work ability and causing high risk of suicide. Current treatments are only partly effective. Researchers at Baylor College of Medicine have used mouse models and advanced molecular mapping studies in both mouse and human to learn how a gene associated with bipolar disorder controls the balance between brain excitation and inhibition and shown for the first time that it also is linked to epilepsy.