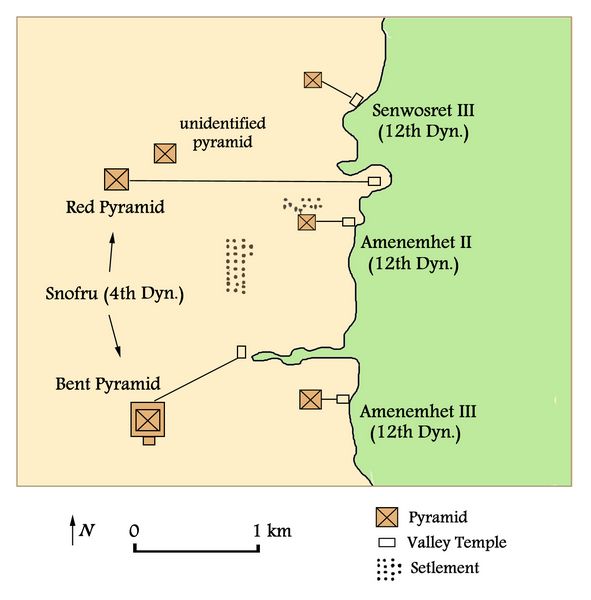 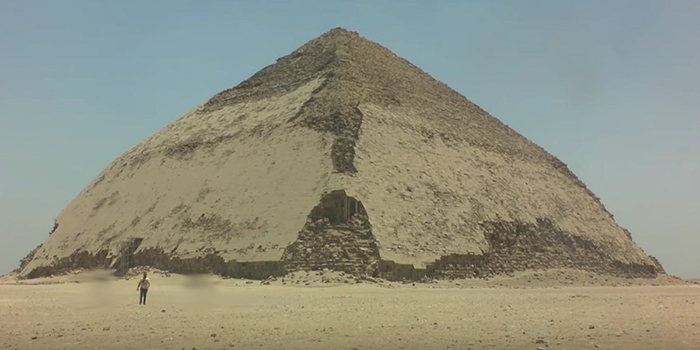 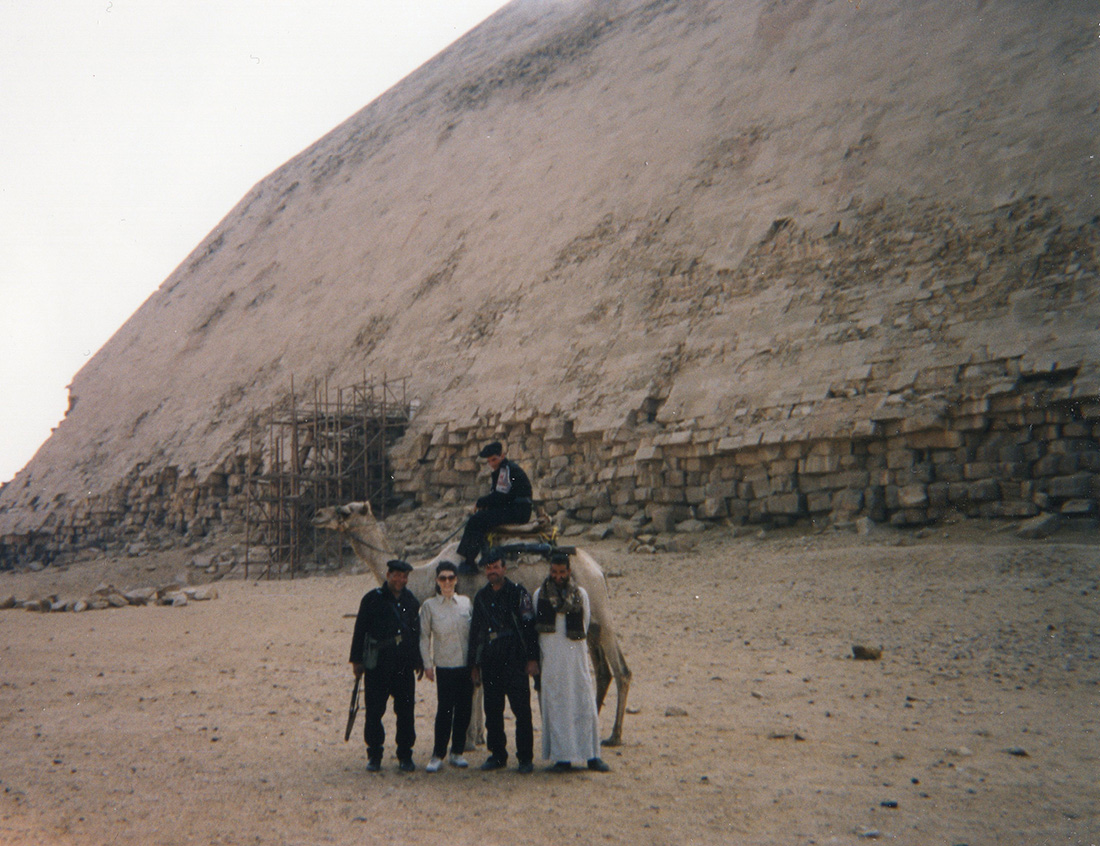 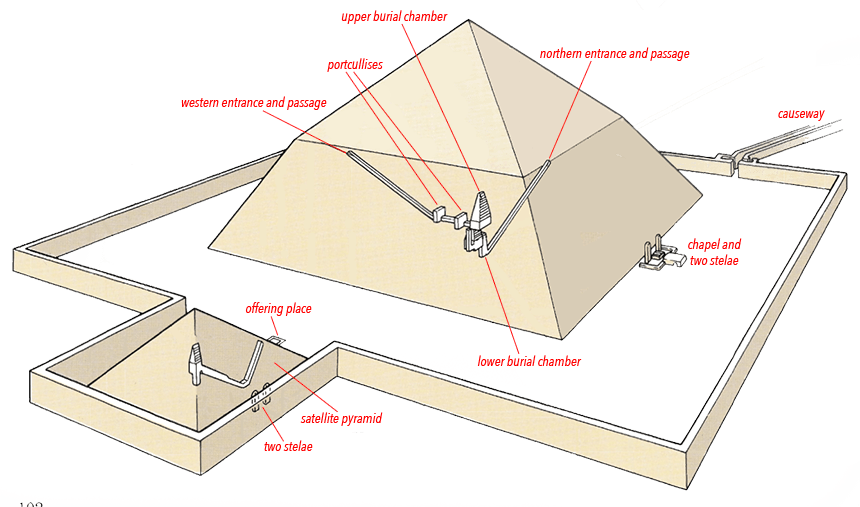 The Bent Pyramid is located at the royal necropolis of Dahshur, approximately 40 kilometres south of Cairo, built under the Old Kingdom Pharaoh Sneferu (c. 2600 BC). A unique example of early pyramid development in Egypt, this was the second pyramid built by Sneferu.

The Bent Pyramid rises from the desert at a 54-degree inclination, but the top section (above 47 metres) is built at the shallower angle of 43 degrees, lending the pyramid its very obvious 'bent' appearance. he Bent Pyramid is an ancient Egyptian pyramid located at the royal necropolis of Dahshur, approximately 40 kilometres south of Cairo, built under the Old Kingdom Pharaoh Sneferu (c. 2600 BC).

A unique example of early pyramid development in Egypt, this was the second pyramid built by Sneferu. The Bent Pyramid rises from the desert at a 54-degree inclination, but the top section (above 47 metres) is built at the shallower angle of 43 degrees, lending the pyramid its very obvious 'bent' appearance. 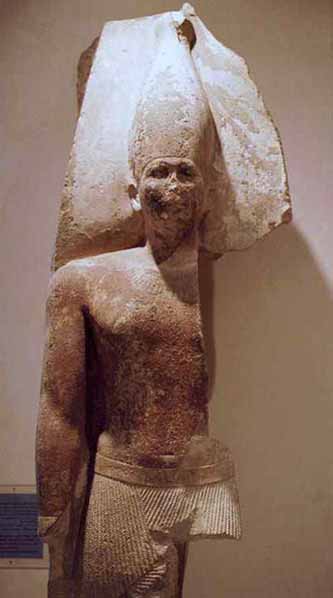 Snefru had the Bend Pyramid built as a safe place to rest after he passed to the other side. Egyptians spent years preparing to their deaths. Snefru's sons were also pyramid builders who helped create these projects. Cheops, the allegedly builder of the Great Pyramid at Giza, was one of his sons. 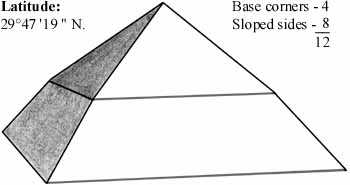 Isometric, plan and elevation images of the
Bent Pyramid Complex taken from a 3d model 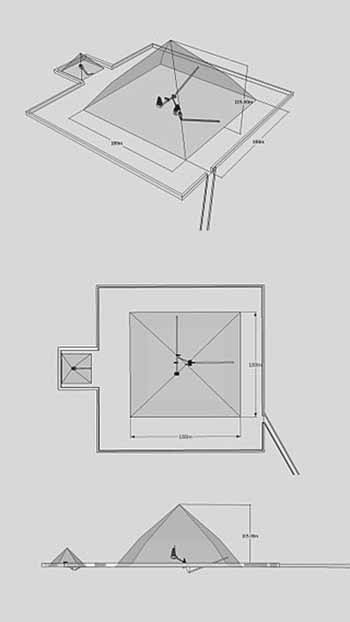 The Bent Pyramid rises from the desert at a 54-degree inclination, but the top section is built at the shallower angle of 43 degrees, lending the pyramid its very obvious 'bent' appearance.

Archaeologists now believe that the Bent Pyramid represents a transitional form between step-sided and smooth-sided pyramids. It has been suggested that due to the steepness of the original angle of inclination the structure may have begun to show signs of instability during construction, forcing the builders to adopt a shallower angle to avert the structure's collapse.

This theory appears to be borne out by the fact that the adjacent Red Pyramid, built immediately afterwards by the same Pharaoh, was constructed at an angle of 43 degrees from its base. This fact also contradicts the theory that at the initial angle the construction would take too long because Sneferu's death was nearing, so the builders changed the angle to complete the construction in time. In 1974 Kurt Mendelssohn suggested the change of the angle to have been made as a security precaution in reaction to a catastrophic collapse of the Meidum Pyramid while it was still under construction.

It is also unique amongst the approximately ninety pyramids to be found in Egypt, in that its original polished limestone outer casing remains largely intact. British structural engineer Peter James attributes this to larger clearances between the parts of the casing than used in later pyramids; these imperfections would work as expansion joints and prevent the successive destruction of the outer casing by thermal expansion. The ancient formal name of the Bent Pyramid is generally translated as (The)-Southern-Shining-Pyramid, or Sneferu-(is)-Shining-in-the-South. 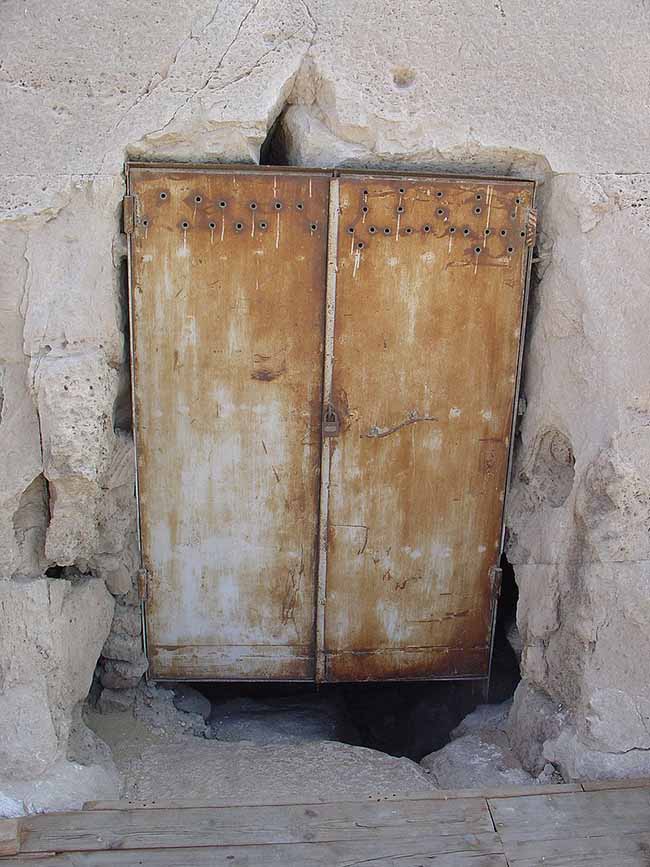 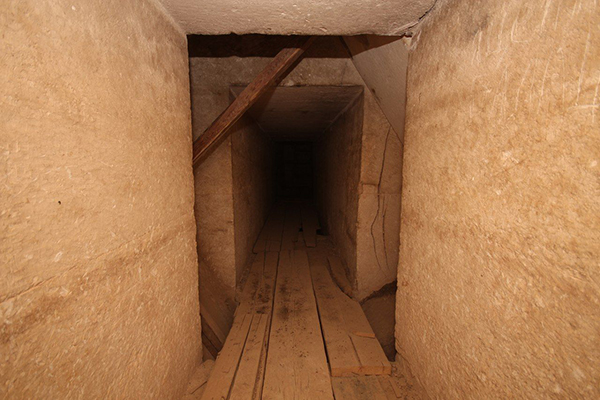 The Bent Pyramid has two entrances, one fairly low down on the north side, to which a substantial wooden stairway has been built for the convenience of tourists (though so far the pyramid is not open to tourists, although plans have been proposed to open it).

The western entrance passage is blocked by two stone blocks which were not lowered vertically, as in other pyramids, but slid down 45ˇ ramps to block the passage. One of these was lowered in antiquity and a hole has been cut through it, the other remains propped up by a piece of ancient cedar wood. The connecting passage referenced above enters the passage between the two portcullises.


On the east side of the temple there are the fragmentary remains of the pyramid temple. Like the pyramid temple of the Meidum pyramid, there are two stelae behind the temple, though of these only stumps remain. There is no trace of inscription to be seen. The temple remains are fragmentary but it is presumed to be similar to that of the Meidum temple. 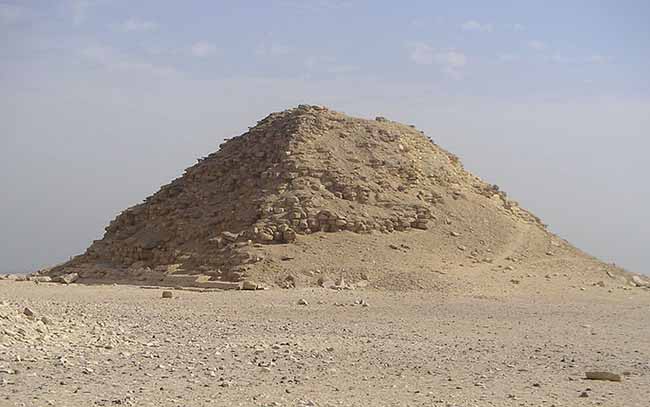 An axonometric projection of the inside of the satellite pyramid 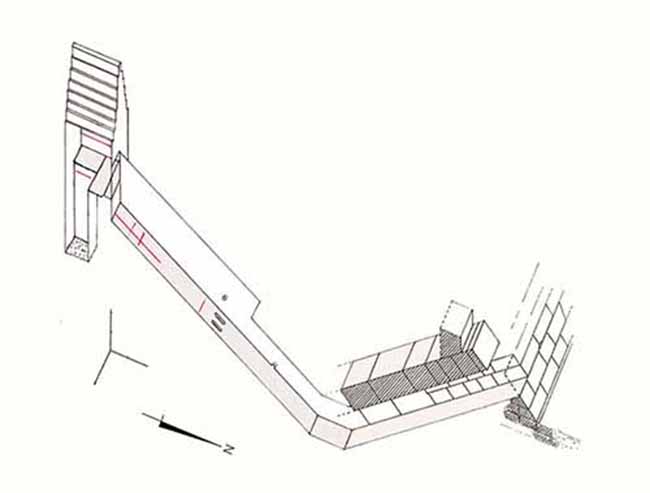 A satellite pyramid, built to house the Pharaoh's Ka, is located 55 metres south of the Bent Pyramid. The satellite pyramid originally measured 26 metres in height and 52.80 metres in length, with faces inclining 44° 30'. The structure is made of limestone blocks, relatively thick, arranged in horizontal rows and covered with a layer of fine limestone from Tura. The burial chamber is accessible from a descending corridor with its entrance located 1.10 metres above the ground in the middle of the north face. The corridor, inclined at 34°, originally measured 11.60 metres in length. A short horizontal passage connects the corridor with an ascending corridor, inclined at 32° 30', leading up to the chamber.

The design of the corridors is similar to the one found in the Great Pyramid of Giza, where the Grand Gallery takes up the place of the ascending corridor. The corridor leads up to the burial chamber (called this despite that it most probably never contained a sarcophagus).The chamber, located in the center of the pyramid, has a corbel vault ceiling and contains a four metres deep shaft, probably dug by treasure hunters, in the southeast part of the chamber. Like the main pyramid, the satellite had its own altar with two stelae located at the eastern side.