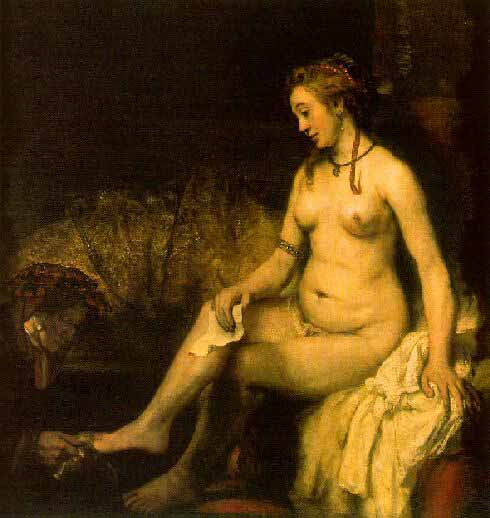 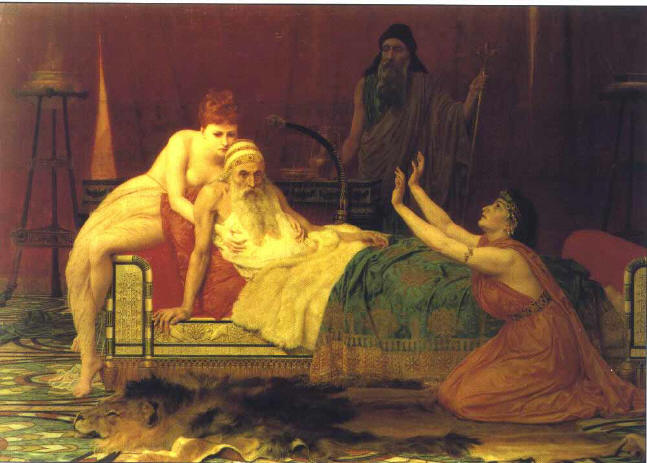 In the Old Testament, Bathsheba ("the seventh daughter" or the "daughter of the oath"), the daughter of Ammiel, is the wife of Uriah the Hittite and later of King David.

She is the mother of King Solomon.

In 1 Chronicles 3:5 she is called Bath-shua.2 Samuel 11:1 to 12:25 tells the story of David's adultery with Bathsheba, and his subsequent murder of Uriah in order to conceal his guilt. His plan comes unstuck when God sends the prophet Nathan to denounce David by means of a parable. David is completely taken in, declaring at the end of it, "The man who did this deserves to die!" only to be told by Nathan, "You are that man".

Although both David and Bathsheba are spared death for this crime, their first child dies after only 7 days. Furthermore, the Bible claims that the subsequent string of intrigues, murders and infighting including civil war that plagues David's later life is part of a curse imposed as additional punishment.

In the Gospel of Matthew (1:6) she is listed as an ancestor of Jesus.