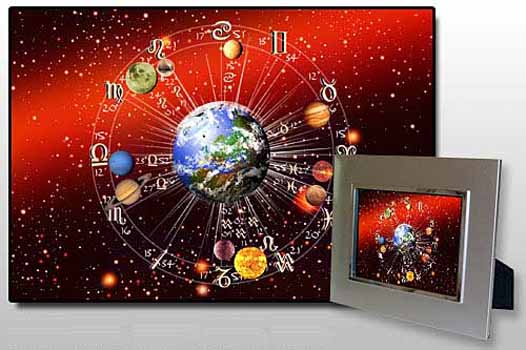 The ascendant, or rising sign, is the zodiacal sign and degree that was ascending on the eastern horizon at the specific time and location of an event. I have known many astrologers who look at the rising sign as the most significant on the chart.


According to astrological theory, celestial phenomena reflect or determine human activity on the principle of 'as above so below' which takes us to ... 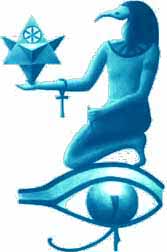 The Emerald Tablets of Thoth.


Thoth also played the role of Zoroaster who is linked to astrology. 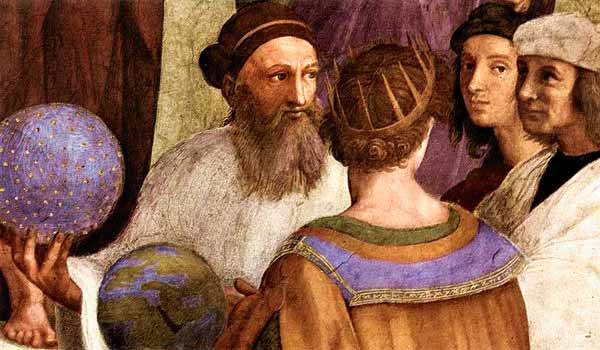 
Your rising sign is the sign that shows how "others" see you, which is reflected in your first house Once someone gets to know you, then they'll see more of your sun sign characteristics, but until that happens they'll form an opinion about you based on your rising sign. This means you take on the personality of the sign that rules your first house.

Many astrologers believe that the ascendant signifies a person's awakening consciousness, in the same way that the Sun's appearance on the eastern horizon signifies the dawn of a new day.

Because the ascendant is specific to a particular time and place, it signifies the individual environment and conditioning that a person receives during their upbringing, and also the circumstances of their childhood.

For this reason, the ascendant is also concerned with how a person has learned to present him or herself to the world, especially in public and in impersonal situations. In some circumstances, it can therefore function as a shield or mask to guard a person's real nature - in other words the 'defense mechanism' every person has to cope with unfamiliar or uncomfortable situations. The ascendant also has a strong bearing on a person's physical appearance and overall health.

The Ascendant is thus considered to be of great significance in all schools of astrology because it in effect serves as the filter through which everything in a horoscope - including the Sun and Moon - is expressed. Most astrologers believe that the Rising Sign exerts an influence equal to or more powerful than the Sun and Moon.

In Jyotish, the ascendant is without question the most individual and defining element in the chart.


Effects of the Ascendant

There are a couple of factors that influence how strong or weak a force in the chart the ascendant may be.

This is because the sun was literally on the other side of the earth when the subject was born, hidden from view. The sun may also be weaker in influence if it is unaspected, in other words if it forms no strong aspects or connections to the other planets.

Another factor concerning the effect of the ascendant is the theory that people become more like their sun sign after around 29 years old, as they grow older and more confident and thus have less of a need to present a public face to others. It is also theorized that when the progressed ascendant moves into the following sign, it weakens the influence of the natal ascendant.


Planets and the Ascendant

Planets can assume added importance in the birth chart due to their relationship to the ascendant. The planet that rules the astrological sign of the ascendant is called the chart ruler, and is said to be of particular importance.

So for example, if the ascendant sign is Libra, as in my chart, Venus will be the chart ruler, and so 'set the tone' for the chart in many ways.

In addition, the planet nearest the ascendant in the first house is usually called the rising planet and has a particular importance in the chart.

However, if a planet in the twelfth house is very close (within one or two degrees) to the ascendant, then it can be taken to be the rising planet instead. If a planet is actually in conjunction with the ascendant it then becomes vitally important in its effect on the personality, to the extent of being almost as important as the sun in some cases.

Finally, any planets in the first house will 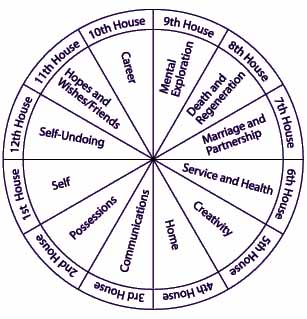 always have an added emphasis to them.


Ascendants in the Zodiac Signs


The effect of the ascendant varies according to the zodiac sign in which it is placed.

The fire signs of Aries, Leo and Sagittarius are noted for their energy, enthusiasm and optimism. When a fire sign is on the ascendant the outer manner is friendly, uncritical and non-hostile, which makes such people good mixers and public relations executives. They typically send out friendly, but professionally competent signals which draw out a friendly and rather respectful response from others.

Aries rising gives out a well-organized, slightly military bearing which makes them fit for any kind of military or civil service organization.

Leo rising subjects have a dignified and rather formal manner which inspires confidence.

Sagittarius risers have a cheerful, pleasant and rather witty outer manner which suits all kinds of teaching, training and public speaking situations.

The earth signs of Taurus, Virgo and Capricorn are noted for their practicality and security. When an earth sign is on the ascendant the outer manner is shy, serious and cautious.

Taurus risers are the most sociable of the three and are often musical or artistic.

Virgo risers look for mental stimulation in others.

Capricorn risers enjoy both work and social pursuits. People with these ascendants send out signals which are pleasant and tactful suggesting that they prefer to form part of a team - at least to begin with - than to push themselves immediately to the front.

The air signs of Gemini, Libra and Aquarius are noted for their communication skills. When an air sign is on the ascendant the subject is friendly and sociable, but also independent and somewhat detached.

The Gemini riser is constantly busy, fully engaged in a kind of juggling act, with at least a dozen activities on the go at any one time.

The Libra riser occupies him or herself with business schemes which often need the aid of a more earthy partner to make them come into fruition.

The Aquarius riser makes wonderful plans for himself and others and may even carry some of them out.

The water signs of Cancer, Scorpio and Pisces are noted for their emotion, intuition and feeling. When a water sign is on the ascendant the subject will hide their true feelings and have a strong need to protect themselves from the world around them. What you see is often not what you get with water ascendants. In other words, the signals they send out are consciously or unconsciously chosen for effect.

Cancerians appear chatty and helpful and they do well in any situation that requires tact.

Scorpio risers can use many different forms of camouflage with people they do not know, one of their favorites being offensiveness and an off-putting manner.

Pisces risers appear soft, gentle, self-sacrificing and sometimes even helpless, but this is misleading, as they will fight strongly for what they think is right.