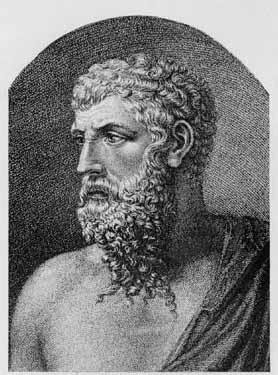 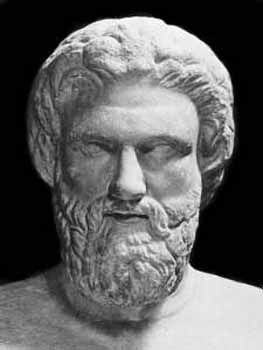 Aristophanes was a Greek Old Comic dramatist. He is also known as the Father of Comedy and the Prince of Ancient Comedy.

The place and exact date of his birth are unknown, but he was around thirty in the 420's when he achieved sudden brilliant success in the Theater of Dionysus with his Banqueters. He lived in the deme of Kudathenaion (the same as that of the leading Athenian statesman Cleon) which implies he was from a relatively wealthy family and, accordingly, well educated. He is famous for writing comedies such as The Birds for the two Athenian dramatic festivals: the City Dionysia and the Lenea.

He wrote forty plays, eleven of which survive; his plays are the only surviving complete examples of Old Attic Comedy, although extensive fragments of the work of his rough contemporaries Cratinus and Eupolis survive.

Many of Aristophanes' plays were political, and often satirized well-known citizens of Athens and their conduct in the Peloponnesian War and after. Hints in the text of his plays, supported by ancient scholars, suggest that he was prosecuted several times by Cleon for defaming Athens in the presence of foreigners and the like; how much truth there is to this is impossible to say.

The Frogs was given the unprecedented honor of a second performance. According to a later biographer, he was also awarded a civic crown for the play.

His sons Araros, Philippus, and Nicostratus were also comic poets: Araros is said to have been heavily involved in the production of Wealth II in 388 (test. 1. 54Đ6) and to have been responsible for the posthumous performances of Aeolosicon II and Cocalus (Cocalus test. iii), with which he seems to have taken the prize at the City Dionysia in 387 (IG II2 2318. 196), while Philippus was twice victorious at the Lenaia (IG II2 2325. 140) and apparently produced some of EubulusŐ comedies (Eub. test. 4).

(AristophanesŐ third son is sometimes said to have been called not Nicostratus but Philetaerus, and a man by that name appears in the catalogue of Lenaia victors with two victories, the first probably in the late 370s, at IG II2 2325. 143 (just after Anaxandrides and just before Eubulus).)

Aristophanes appears as a character in Plato's Symposium, in which he offers a humorous mythical account of the origin of Love. Plato's text was produced a generation after the events it portrays and is a patent apologetic attempt to show that Socrates and Aristophanes were not enemies, despite the attack on the philosopher in The Clouds (original production 423 BC). The Symposium is therefore best treated as an early chapter in the history of the reception of Aristophanes and his poetry rather than as a description of anything approaching a historical event.

Of the surviving plays, The Clouds was a disastrous production resulting in a humiliating and long-remembered third place (cf. the parabasis of the revised (preserved) version of the play, and the parabasis of the following year's The Wasps). The play, which satirizes the sophistic learning en vogue among the aristocracy at the time, placed poorly at the City Dionysia.

Socrates was the principal target and emerges as a typical Sophist; in Plato's Apology at 18d, the character of Socrates suggests that it was the foundation of those charges which led to Socrates' conviction. Lysistrata was written during the Peloponnesian War between Athens and Sparta and argues not so much for pacifism as for the idea that the states ought not be fighting one another at this point but combining to rule Greece. In the play, this is accomplished when the women of the two states show off their bodies and deprive their husbands of sex until they stop fighting. Lysistrata was later illustrated at length by Pablo Picasso and also by Aubrey Beardsley. 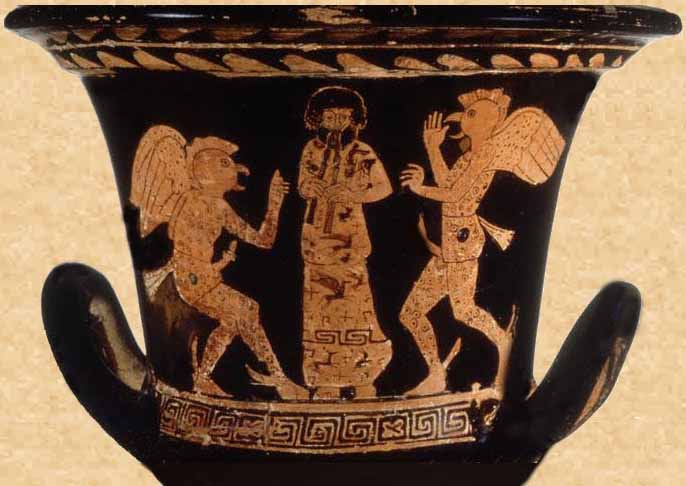