Australopithecus afarensis fossils have only been discovered within Eastern Africa. Despite Laetoli being the type locality for A. afarensis, the most extensive remains assigned to the species are found in Hadar, Afar Region of Ethiopia, including the above-mentioned "Lucy" partial skeleton and the "First Family" found at the AL 333 locality. Other localities bearing A. afarensis remains include Omo, Maka, Fejej and Belohdelie in Ethiopia, and Koobi Fora and Lothagam in Kenya. Read more ... 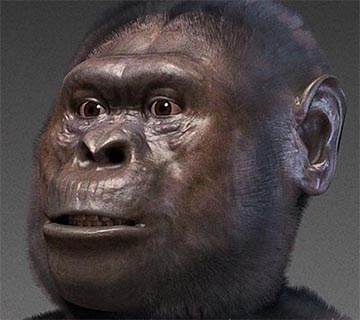 Analysis of hominin Ardi's hand suggests our ancient ancestors were 'swinging from trees like chimps' until at least 4.4 million years ago   Daily Mail - February 25, 2021
Analysis of the hand bones of Ardi reveal she probably lived in the trees. Were found to be different to those of Lucy, who lived one million years later. Thought Lucy walked on two legs and used tools whereas Ardi did not. Believed the million years or so between their lives was a big evolutionary jump which saw the emergence of bipedalism in human ancestors


Strange pelvis of our 4.4 million-year-old ancestor 'Ardi' reveals the hominid could walk upright like a human and climb trees like an ape   Daily Mail - April 3, 2018
The study helps settle a long-standing debate about how quickly our ancestors began to amble like humans and shows that ancient hominins didn't have to sacrifice their nimble climbing skills to walk upright. 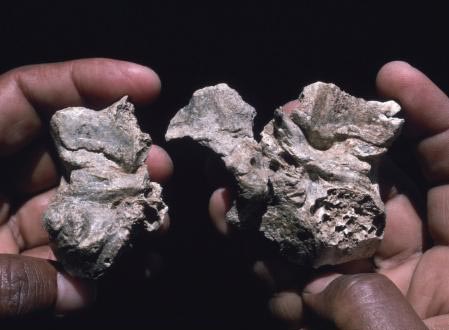 One of the most hotly debated issues in current human origins research focuses on how the 4.4 million-year-old African species Ardipithecus ramidus is related to the human lineage. "Ardi" was an unusual primate. Though it possessed a tiny brain and a grasping big toe used for clambering in the trees, it had small, humanlike canine teeth and an upper pelvis modified for bipedal walking on the ground. 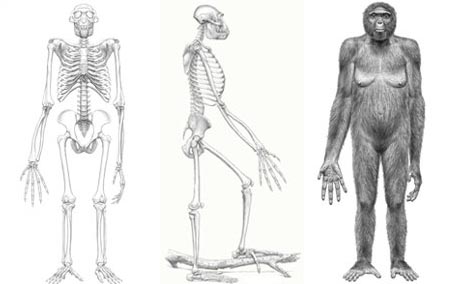 The discovery of a fossilized skeleton that has become a "central character in the story of human evolution" has been named the science breakthrough of 2009. The 4.4 million year old creature, that may be a human ancestor, was first described in a series of papers in the journal Science in October. It has now been recognized by the journal's editors as the most important scientific accomplishment of this year. It is part of a scientific top 10 that ranges from space science to genetics. The first fossils of the species, Ardipithecus ramidus, were unearthed in 1994. Scientists recognized their importance immediately. But the very poor condition of the ancient bones meant that it took researchers 15 years to excavate and analyze them. 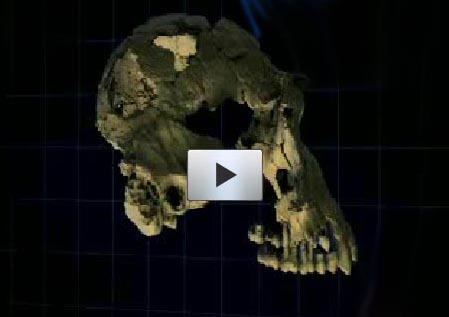 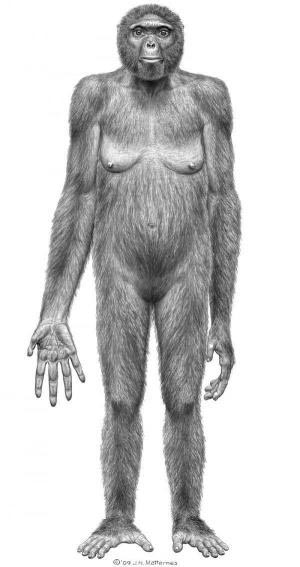 The skeleton of an early human who lived 4.4 million years ago shows that humans did not evolve from chimpanzee-like ancestors, researchers reported on Thursday. The 4-foot (1.2 meter) tall, 110 pound creature is a million years older than "Lucy" -- the skeleton of another species called Australopithecus afarensis that is one of the best-known pre-humans.