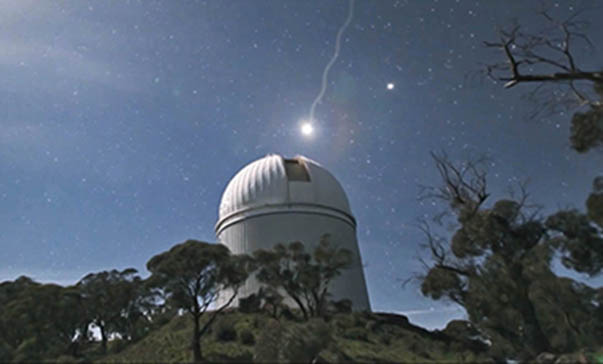 Archaeology of a million stars to unravel galaxies' evolution

Our archaeology of space is a new era in astronomy and the knowledge gained promises to be every bit as exciting and important as anything discovered on Earth.

Archaeology is no longer earthbound but is being used to solve one of the fundamental mysteries of astronomy. We still don't understand how the more than 100 billion galaxies in our universe formed and evolved. Now we are going back to the very beginning of the Milky Way and using the astronomical equivalent of fossils to understand how our galaxy and those beyond it came about. GALAH probes ten times further into the galaxy and is the first attempt to survey a million stars to create a dataset that will be used by astronomers worldwide for decades to come."

The GALAH survey is an international five-year project, led by Australia, involving 70 astronomers from 17 institutions in eight countries. t is led by Dr Gayandhi De Silva and Professor Joss Bland-Hawthorn from the University of Sydney and Professor Ken Freeman from the Australian National University. Dr De Silva is also the HERMES instrument scientist at the Australian Astronomical Observatory.

GALAH refers to Galactic Archaeology with HERMES. HERMES is the new $13 million instrument on the Anglo-Australian Telescope at Siding Spring Observatory and can analyze light from up to 400 stars or galaxies at the same time. GALAH is the main purpose for which HERMES was built. Read more

The goal of Galactic archaeology is to unravel the history of assembly of the Milky Way, using fossil remnants of ancient star formation events which have disrupted and are now dispersed around the Galaxy. Recent studies of chemical abundances of stars in individual (not dispersed) open clusters show that their abundance distributions are homogeneous to the level at which they can be measured, and their abundances are different from cluster to cluster. This enables the technique of chemical tagging to identify the fossil remnants of old dispersed clusters from their element abundance patterns over many chemical elements.

With this goal, we plan to use the new HERMES multi-object high-resolution spectrometer on the Anglo Australian Telescope to measure abundances for up to 30 elements in about a million stars. This program is called GALAH (Galactic archaeology with HERMES) and we hope to begin the pilot study in late 2013. This paper provides an overview of the proposed GALAH survey and discusses its goals, opportunities, execution and potential problem issues. The selection criteria for the survey stars are outlined. Chemical tagging of disrupted clusters provides a key science opportunity, to evaluate observationally the significance of radial mixing for the evolution of the Galactic disk. Read more