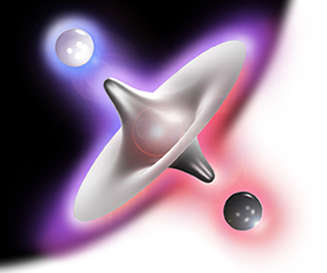 In modern physics, antimatter is defined as matter that is composed of the antiparticles (or "partners") of the corresponding particles of "ordinary" matter. Minuscule numbers of antiparticles are generated daily at particle accelerators Đ total production has been only a few nanograms (ng)Đ and in natural processes like cosmic ray collisions and some types of radioactive decay, but only a tiny fraction of these have successfully been bound together in experiments to form anti-atoms. No macroscopic amount of antimatter has ever been assembled due to the extreme cost and difficulty of production and handling.

A collision between any particle and its anti-particle partner leads to their mutual annihilation, giving rise to various proportions of intense photons (gamma rays), neutrinos, and sometimes less-massive particleĐantiparticle pairs. The majority of the total energy of annihilation emerges in the form of ionizing radiation. If surrounding matter is present, the energy content of this radiation will be absorbed and converted into other forms of energy, such as heat or light. The amount of energy released is usually proportional to the total mass of the collided matter and antimatter, in accordance with the notable massĐenergy equivalence equation, E=mc2.

Antimatter particles bind with each other to form antimatter, just as ordinary particles bind to form normal matter. For example, a positron (the antiparticle of the electron) and an antiproton (the antiparticle of the proton) can form an antihydrogen atom. The nuclei of antihelium have been artificially produced, albeit with difficulty, and are the most complex anti-nuclei so far observed. Physical principles indicate that complex antimatter atomic nuclei are possible, as well as anti-atoms corresponding to the known chemical elements.

Stars made of antimatter could exist in the Milky Way   Live Science - April 29, 2021
Out of an estimated 100 billion stars in our galaxy, no more than 14 may be made from antimatter. That's the result from a new study that scoured the Milky Way for signs of antistars - which are identical to regular stars save for the fact that they would burn antimatter at their cores. Though the findings turned up mostly empty this time, researchers haven't yet fully ruled out the existence of antistars, whose presence would change much about our understanding of the universe. The recent search for antistars can be traced back to 2018, when a $1.5-billion experiment called the Alpha Magnetic Spectrometer (AMS) that's attached to the International Space Station captured a few examples of what might be antimatter.


Stars made of antimatter could lurk in the Milky Way   Science News- April 29, 2021
ItŐs generally thought that although the universe was born with equal amounts of matter and antimatter, the modern universe contains almost no antimatter. Physicists typically think that as the universe evolved, some process led to matter particles vastly outnumbering their antimatter alter egos. But an instrument on the International Space Station recently cast doubt on this assumption by detecting hints of a few antihelium nuclei. If those observations are confirmed, such stray antimatter could have been shed by antistars.


There Could Be 14 Antimatter Objects Lurking Out There in The Milky Way   Science Alert - April 29, 2021
In a new analysis of the properties of that radiation, a team of astrophysicists have determined that it's consistent with what we'd expect from stars made of antimatter - hypothetical objects known as antistars.


Decades-Long Experiment Finds Strange Mix of Antimatter in The Heart of Every Proton   Science Alert - February 26, 2021
As convenient as this simple metaphor might be, the quantum engine operating within these subatomic particles is an incomprehensible ledger of quantum economics: quarks and antiquarks adding up and cancelling out, but never balancing.


A Strange New Higgs Particle May Have Stolen the Antimatter from Our Universe   Space.com - September 29, 2019 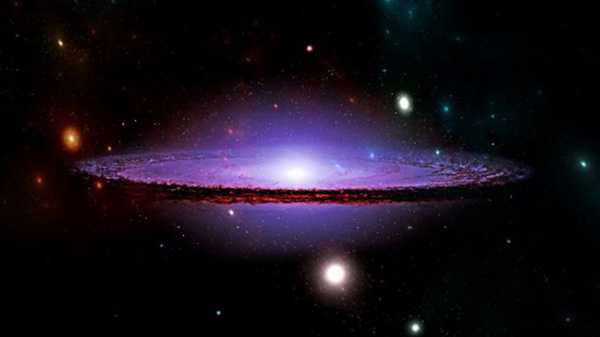 Why our universe is swirling with more matter than its bizarre counterpart antimatter is one of the most perplexing puzzles of modern physics. Somehow, when the universe was incredibly young, almost all the antimatter disappeared, leaving just the normal stuff. Theorists have long stalked the ever-elusive explanation - and more important, a way to test that explanation with experiments. Now, a trio of theorists has proposed that a trio of particles called Higgs bosons could be responsible for the mysterious vanishing act of antimatter in the universe. And they think they know how to find the suspected culprits.


Antimatter Is Both a Particle and a Wave, New Experiment Confirms   Live Science - May 8, 2019
Antimatter isn't just made of antiparticles, it's also made of waves. Now we know that this holds true even at the level of a single antimatter particle. Physicists have known for a long time that just about everything - light and other forms of energy, but also every atom in your body - exists as both particles and waves, a concept known as particle-wave duality. That's been shown again and again in experiments. But antimatter particles, which are identical to their matter partners, except for their opposite charge and spin, are much more difficult to experiment with. These twins of matter flit into existence fleetingly, usually in massive particle accelerators. But now, physicists have shown at the level of a single positron - an antimatter twin of the electron - that antimatter, too, is made of both particles and waves.


The Most Precise Measurement of Antimatter Yet Deepens the Mystery of Why We Exist   Live Science - April 5, 2018
Scientists have made the most precise measurement of antimatter yet, and the results only deepen the mystery of why life, the universe, and everything in it exists. The new measurements show that, to an incredibly high degree of precision, antimatter and matter behave identically. Yet those new measurements can't answer one of the biggest questions in physics: Why, if equal parts matter and antimatter were formed during the Big Bang, is our universe today made up of matter?