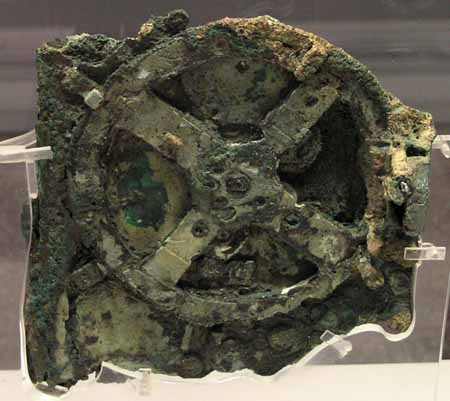 The Antikythera mechanism is believed to be an ancient mechanical analog computer (as opposed to most computers today which are digital computers) designed to calculate astronomical positions. It was discovered in the Antikythera wreck off the Greek island of Antikythera, between Kythera and Crete, and has been dated to about 150-100 BC. It is especially notable for being a technological artifact with no known predecessor or successor; other machines using technology of such complexity would not appear until the 18th century.

The mechanism was housed in a wooden box approximately 340 x 180 x 90 mm in size and comprised 30 bronze gears (although more could have been lost). The largest gear, clearly visible in fragment A, was approximately 140 mm in diameter and probably had either 223 or 224 teeth. The mechanism's remains were found as 82 separate fragments of which only seven contain any gears or significant inscriptions. 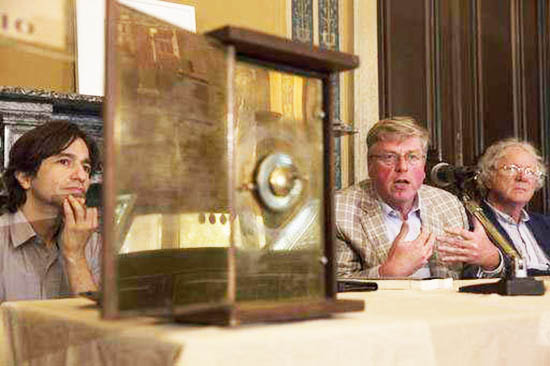 When you're trying to fathom a mangled relic of very old hi-tech, it helps to have the manufacturer's instructions. For over a century since its discovery in an ancient shipwreck, the exact function of the Antikythera Mechanism named after the southern Greek island off which it was found was a tantalizing puzzle. After more than a decade's efforts using cutting-edge scanning equipment, an international team of scientists has now read about 3,500 characters of explanatory text - a quarter of the original - in the innards of the 2,100-year-old remains. They say it was a kind of philosopher's guide to the galaxy, and perhaps the world's oldest mechanical computer. 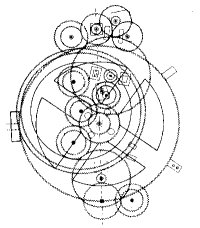 Sometime during the year 1901, Elias Stadiatis, a Greek sponge diver, with a sponge diving group, discovered the wreck of an ancient cargo ship off Antikythera island at a depth of 50 meters. (Sponge divers had earlier retrieved several statues and other artifacts from the site. The mechanism itself was discovered in 1901.) The name has been confused in some recent publications with that of a politician of the same name.

It was noticed that a piece of rock recovered from the site had a gear wheel embedded in it. Examination revealed that the rock was in fact a heavily encrusted and corroded mechanism that had survived the shipwreck in three main parts and dozens of smaller fragments.The device itself was surprisingly thin, about 33 cm (13 in) high, 17 cm (6.7 in) wide, and 9 cm (3.5 in) thick, made of bronze and originally mounted in a wooden frame. It was inscribed with a text of over 2,000 characters, many of which have been deciphered.

Jacques-Yves Cousteau visited the wreck for the last time in 1978, but found no more remains of the Antikythera Mechanism. Professor Michael Edmunds of Cardiff University who led the study of the mechanism said: "This device is just extraordinary, the only thing of its kind. The design is beautiful, the astronomy is exactly right. The way the mechanics are designed just makes your jaw drop. Whoever has done this has done it extremely carefully."

The device is displayed in the Bronze Collection of the National Archaeological Museum of Athens, accompanied by a reconstruction made and offered to the museum by Derek de Solla Price. Another reconstruction is on display at the American Computer Museum in Bozeman, Montana.

The origins of the mechanism are unclear, as are the circumstances by which it came to be on the cargo ship. The ship was Roman, but there is no doubt that the mechanism itself was made in Greece.

One hypothesis is that the device was constructed at an academy founded by the ancient Stoic philosopher Posidonius on the Greek island of Rhodes, which at the time was known as a centre of astronomy and mechanical engineering. Investigators have suggested that the ship could have been carrying it to Rome, together with other treasure looted from the island to support a triumphal parade being staged by Julius Caesar.

New finds from the Antikythera shipwreck   OUP - November 1, 2017
Since 2014 the Return to Antikythera project has revisited the shipwreck site for one or two diving campaigns each year, applying a dazzling range of new technologies to gather archaeological data, all of which should cast light on an ancient voyage of remarkable significance for our understanding of ancient economies, art, and science. As was the case in 1900-1901, the new investigations have had to work in the face of capricious weather conditions, and parts of the site were clearly worked over pretty thoroughly by the sponge divers. The latest finds, however, are in the location of the shipŐs hold, and were protected from earlier excavation by boulders, under which there is excellent prospect of finding some of the missing bronzes and other parts of the cargo in untampered archaeological context - this would truly be a breakthrough!

What looked like a hunk of corroded metal lying at the bottom of the Aegean Sea near the Greek island of Antikythera turned out to be a piece of a mysterious astronomical calculator. That was 115 years ago, on May 17, 1902, when archaeologist Valerios Stais discovered the bronze bit among other artifacts discovered on the Roman cargo ship called the Antikythera shipwreck. Today's Google Doodle celebrates that discovery with an illustration showing the biggest part of the Antikythera mechanism, which looks like a gear or wheel. Dating to about 85 B.C., or even earlier, the shoebox-size computer is intricate, with dials on the outside and 30 bronze gear wheels inside. Long ago, Greeks could have turned a hand crank on the device to reveal everything from the positions of the sun and the moon and the lunar phases to the cycles of the Greek Olympics.

What Will the Antikythera Shipwreck Skeleton Tell Us?   Scientific American - September 20, 2016 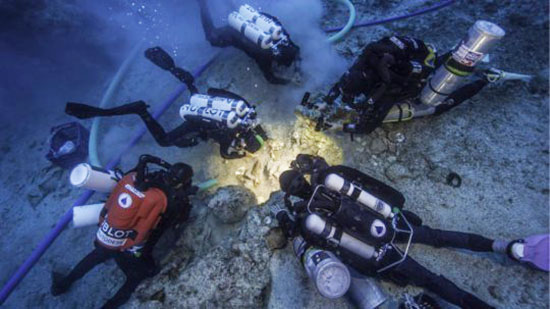 An international research team discovered a human skeleton during its ongoing excavation of the famous Antikythera Shipwreck (circa 65 B.C.). The shipwreck, which holds the remains of a Greek trading or cargo ship, is located off the Greek island of Antikythera in the Aegean Sea. The first skeleton recovered from the wreck site during the era of DNA analysis, this find could provide insight into the lives of people who lived 2100 years ago. 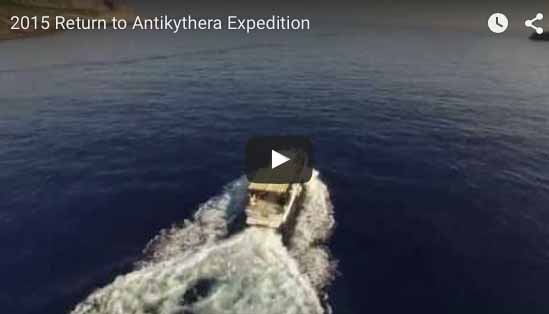 Archaeologists have discovered more than 50 artifacts hidden at the site of the ancient Greek shipwreck. The ancient Antikythera shipwreck -- a lavish Greek vessel that sank more than 2,000 years ago off the southwestern Aegean island of the same name -- isn't finished giving up its secrets. The shipwreck was found by Greek sponge fishermen in 1900. Over the past century, marine archaeologists have recovered marble and bronze statues and sculptures from the wreck, along with an odd clock-like device that some call the "world's oldest computer." Now an international team of archaeologists has recovered even more treasures -- a trove of more than 50 items, including a bronze armrest, remains of a bone flute, fine glassware, luxury ceramics, a pawn from an ancient board game and several pieces of the ship itself.


Famed Roman Shipwreck Could Be Two   Discovery - January 6, 2013
A dive to the undersea cliff where a famous Roman shipwreck rests has turned up either evidence that the wreck is enormous - or a suggestion that, not one, but two sunken ships are resting off the Greek island of Antikythera. "Either way, it's an exciting result," said study researcher Brendan Foley, an archaeologist at Woods Hold Oceanographic Institution who presented the findings Jan. 4 at the annual meeting of the Archaeological Institute of America in Seattle.

The Antikythera time machine   PhysOrg - June 11, 2012
Leonardo da Vinci may have left behind sketches of helicopters, tanks and submarines but it is rare that we find actual artifacts that seem so way ahead of their time. Almost like a science fiction tale of archaeologists finding a wristwatch buried deep in an Egyptian pyramid or motorcar under the foundations of Stonehenge, we do have an example of a scientific computer that was built between 150 and 100 BC. It was so advanced, nothing as complex would be developed again until the 14th century. 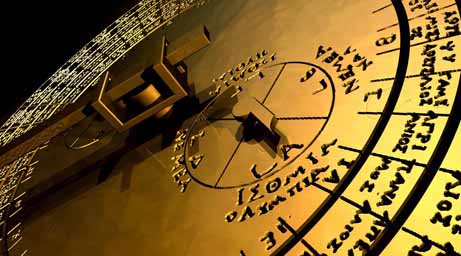 A Greek machine sometimes called the world's first computer could have helped sports fans track the cyclical schedule of ancient athletic contests - including the Olympic games, new research reports. The Antikythera mechanism, which dates to around 150 to 100 B.C., is a complex amalgamation of bronze gears, dials, and text inscriptions that was created perhaps a thousand years before the next known device of similar sophistication. 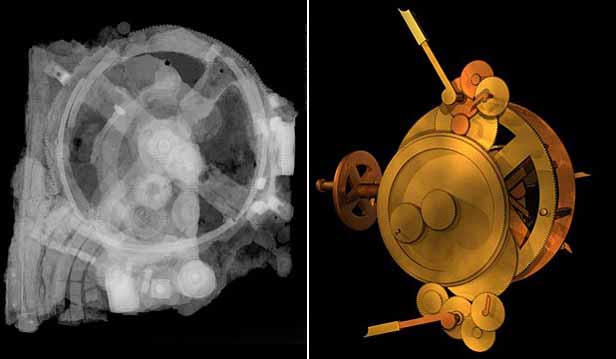 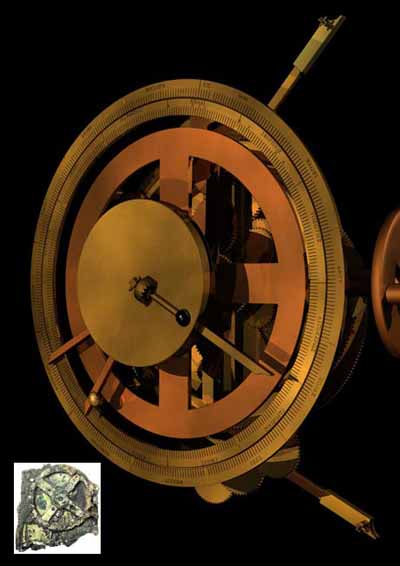 When it came to making cogs and gears, the ancient Greeks got there more than a millennium before anyone else, scientists say. Using advanced new imaging techniques, scientists have reconstructed the gear structure of the mysterious Antikythera mechanism - one of the world's oldest computers. 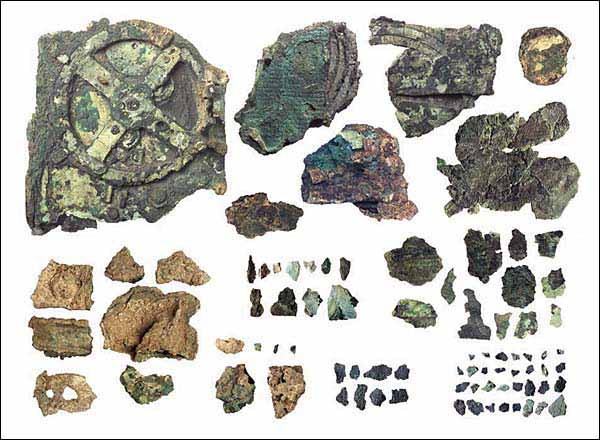 Using advanced imaging techniques, an Anglo-Greek team probed the remaining fragments of the complex geared device. The remains of the device were first discovered in 1902 when archaeologist Valerios Stais noticed a heavily corroded gear wheel amongst artefacts recovered by sponge divers from a sunken Roman cargo ship. A further 81 fragments have since been found containing a total of 30 hand-cut bronze gears. The largest fragment has 27 cogs.