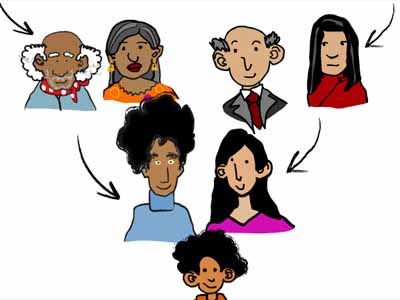 In this day and age, many of us joke about time flying and being forgetful. But for others this is a serious matter.

Alzheimer's is a brain disease that causes problems with memory, thinking and behavior. Symptoms usually develop slowly and get worse over time, becoming severe enough to interfere with daily tasks. Alzheimer's is not a normal part of aging, although the greatest known risk factor is increasing age, and the majority of people with Alzheimer's are 65 and older.

Alzheimer's is a progressive disease, where symptoms gradually worsen over a number of years. In its early stages, memory loss is mild, but with late-stage Alzheimer's, individuals lose the ability to carry on a conversation and respond to their environment. Alzheimer's is the sixth leading cause of death in the United States. Those with Alzheimer's live an average of eight years after their symptoms become noticeable to others, but survival can range from three to 20 years, depending on age and other health conditions.

Although current Alzheimer treatments cannot stop Alzheimer's from progressing, they can temporarily slow the worsening of symptoms and improve quality of life for those with Alzheimer's and their caregivers. Today, there is a worldwide effort under way to find better ways to treat the disease, delay its onset, and prevent it from developing.


A family history of Alzheimer's disease significantly increases the risk for developing this disorder, but a new study in Biological Psychiatry suggests that which of your parents has the disease is very important.

Alzheimer's is the most common form of dementia in late-life, affecting over 5 million elderly in the United States alone. In order to develop preventative treatments, it is necessary to identify those individuals who are at highest risk for developing Alzheimer's.

Although individuals with a parental history of Alzheimer's are at increased risk for developing the disease, the specific biological and genetic mechanisms accounting for this increased risk are not known.

An important consideration may be a phenomenon called genomic imprinting, where the pattern of the inherited disease differs based on whether the risk genes are inherited from the mother or the father. Imprinting is a type of epigenetic regulation, meaning that long lasting changes in gene function are produced through regulatory mechanisms rather than by altering the sequence of the DNA.

"Our data indicate that adult children of mothers with Alzheimer's may be at increased risk for developing the disease," explained Dr. Lisa Mosconi, the first author on the study. "It is therefore extremely important to understand the genetic mechanisms involved in maternal transmission of Alzheimer's disease, which are currently unknown. Identifying a genetic predictor for the disease might lead to preventive treatments years before the onset of clinical symptoms."

Dr. John Krystal, Editor of Biological Psychiatry, added: "This study is very important because we are just beginning to understand the epigenetic control of particular genes. In theory, some day, one might develop a medication that reduces the risks associated with a maternal history of Alzheimer's disease."

The authors cautioned that additional follow-up research is now needed to test the usefulness of these protein measures for predictive purposes and to investigate potential susceptibility genes for Alzheimer's disease.