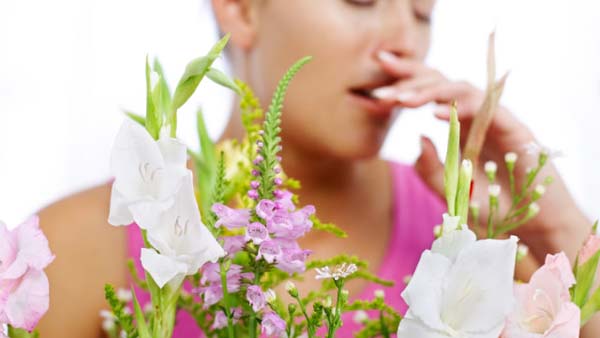 There are many things you can be allergic to - affecting your physical and emotional bodies. You can be allergic to people, places, and things, and may not recognize what they are. It's all about trial and error and finding out exactly what's creating symptoms in your body. There are former allergens - and now as we are discovering each year - new ones as the environment changes. It is also important to know the difference between allergies and colds or flu. In the world of self-help and awareness, it would seem that most of us are becoming therapists and doctors as we search for ways to improve our lives. 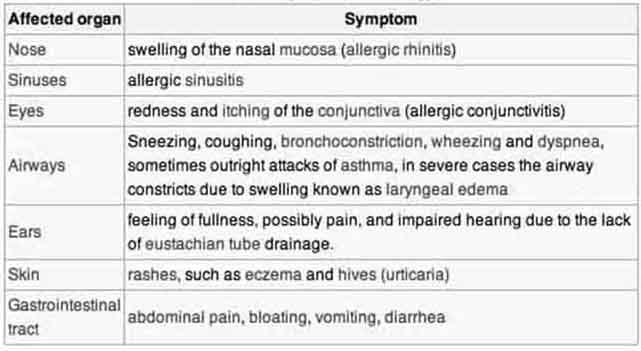 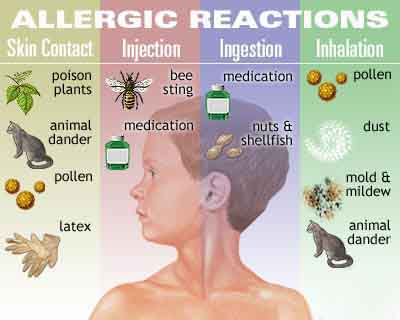 It is characterized by excessive activation of certain white blood cells called mast cells and basophils by a type of antibody known as IgE, resulting in an extreme inflammatory response. Common allergic reactions include eczema, hives, hay fever, asthma attacks, food allergies, and reactions to the venom of stinging insects such as wasps and bees.

Mild allergies like hay fever are highly prevalent in the human population and cause symptoms such as allergic conjunctivitis, itchiness, and runny nose. Allergies can play a major role in conditions such as asthma. In some people, severe allergies to environmental or dietary allergens or to medication may result in life-threatening anaphylactic reactions.

A variety of tests now exist to diagnose allergic conditions; these include testing the skin for responses to known allergens or analyzing the blood for the presence and levels of allergen-specific IgE. Treatments for allergies include allergen avoidance, use of anti-histamines, steroids or other oral medications, immunotherapy to desensitize the response to allergen, and targeted therapy. Read more


Season of birth linked to eczema, hay fever and asthma   Daily Mail - March 21, 2016
Spring is a dreary season for allergy sufferers - signaling the start of months of sniffles, rashes and red eyes. Yet, it has long been a mystery as to why certain people suffer from allergies, while others do not. But now, scientists have discovered that the likelihood of developing seasonal allergies is dependent upon a person's birthday.