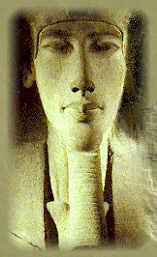 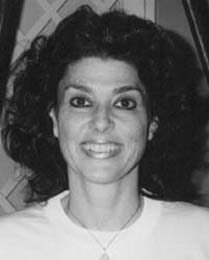 She has a neck that is similar to my fake beard!

Other names for the city were . . . AkhtAton - 'The City of the Horizon'
Today it is known as Tel-El-Amarna. 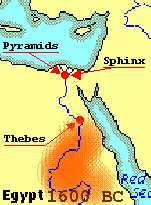 Speaking of names . . . I originally went by the name Amenhotep IV.

I had major adjustment problems growing up - especially with my father. It was because I was different than the other kids as I had a rare disease that left me looking out of shape. My father died when I was young.

Luckily I was the favorite child of my mother,

Queen Tiy - (pronounced "TEE") - who eventually made me the next Pharaoh of Egypt, when I was only 17 years of age. She may look like a 'mean Mother' - but she wasn't.

[Though Israel did not yet exist (the first archeological traces of Hebrew tribes appear from around that time), Tiy was, as we say today, 'Jewish' - and so was her son, Akhnaton.] 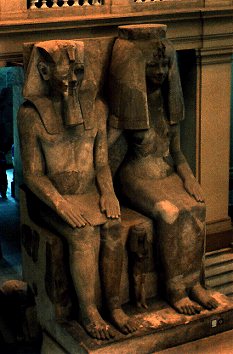 This is Mom and I before I changed the way art was created in Egypt. I got sick of art only depicting perfect Gods, Goddesses and Pharaohs. Art would hence forth depict people as they were in their every-day lives. 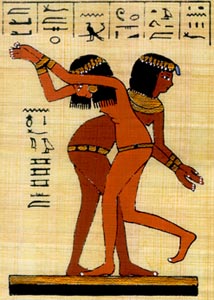 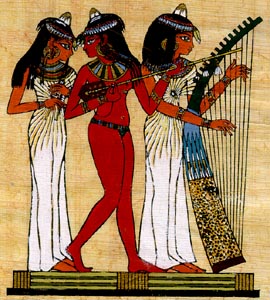 After I took the thrown, I further decreed that all the lands be set free to those who tilled its soil.

My journey was to change the thinking of the people - to get them to understand how we are all beings of light from a creational Light Source. For over 2,000 years the people had worshipped stone idols and many gods. I figured the odds of me reaching them were stacked against me - but I decided to try!

I believed in monotheism - the worship of the Sun God Aton - as the Creational Source of all things.

I moved the capitol of Egypt to Armana - 180 miles north of Thebes after receiving the information in a vision wherein I saw the sun disc between two mountains. The Mrs. and I set up housekeeping in the desert. I doubt that she loved it there . . . but she didn't complain. She did have problems with my mother having such a great influence in my life - I guess that's how all this business about 'Mother-in- Laws interferring' got started! 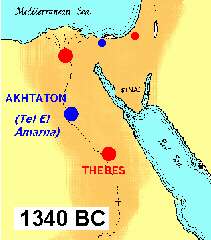 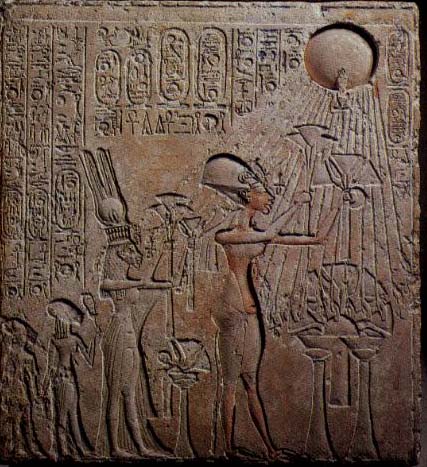 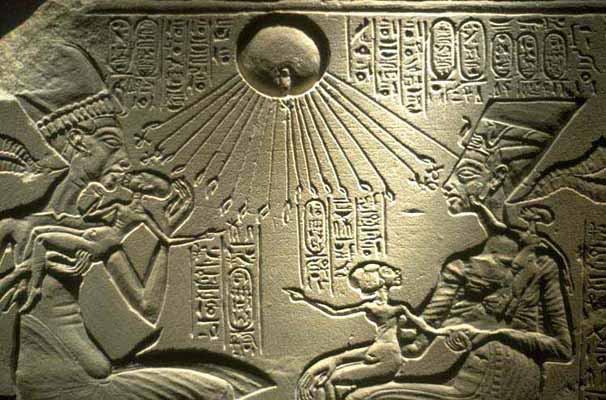 and for the first time in Egyptian history a Pharaoh allowed images to be created about his family.

The Mrs. was particularly happy when we made the cover of 'People and Pharaoh' Magazine!

The Mrs. and I had four daughters and one son.

In the image I am kissing my daughter, Merytaten. Sitting on my Mrs.' lap is Meketaten, and our baby daughter, Aknkhesenpaaten.

We were an affectionate family. 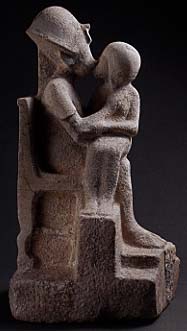 Here are more true-to-life images of us.

This is supposed to be me as the Sphinx bowing to Aton.
Aton is the male in Spirit. The Sphinx is his Guardian on the
Earth who is supposedly a female.

Most of what I created was given to me in meditation with the great God Aton. He manifested into the form of a holographic projection before me on several occasions and showed me how we are created from the Light. He told me not to be vain about my appearance - and to create the image of Pharaoh as he truly was - after all - humans manifest in every shape and size the Creator could think of - though I was never happy looking as I did.

I tried a personal trainer - but I was never one to sick to a diet or regime!

I was grateful the Mrs. loved me - especially as everything about this body was 'longer' than the norm!

something unheard of for a Pharaoh at that time.
It did not go over well with the people.
The Mrs. suggested a 'tummy tuck'
but I didn't agree.

I sought to bring the Star Knowledge and Star Languages to the Egyptian people. Today some might view me as a being from another place - an ET - above the Earth experience.

The flame was the Source of Creation as shown to those of us who walked with god.

The gold was the Alchemy - the blood.


Alas things did not go well.

I had planned the development of a single civilization which would comprise all of the territories appending the Ithmus, between Africa and Eurasia. But I overlooked how these projects provoked military threats.

After a few years, my plans failed, and the Thebean politicians, particularly the Amon priests who hated me for divesting them of their power - took advantage of both the military difficulties at the borders, and the economical turmoil in the country. They threatened me. Eventually my entire Kingdom crumbled.

The city I had built - City of the New Horizon - was razed to the ground then covered up - all traces vanished for thousands of years to come. It was as if we never existed.

My mother, wife and I fled to the desert and lived in the mountains in anonymity until the times of our deaths.

The mummies of myself, my mother, my wife and children were never found! Our tombs are unoccupied.

It is written that I was the incarnation of Moses - another man who talked to God - and lived in the desert of Egypt. This is correct.

It is also written that I was a High Priest in Atlantis. This too is true meeting many of the Atlantean souls in Egypt where they had incarnated. There were times we recognized the truth in our past lives and spoke of the ancient Atlantean ways - and the God Tehuti.

I have been connected to Oedipus because I ruled Egypt with my mother - moreso than with my Queen.

For the record - I loved my Mrs. I was never into my mother nor Queens!

I tried to teach the people some of the sacred knowledge about Creational Forces and geometry.

Alas it was NOT the time for the information to come forth.

Once again - in the name of spirituality - it was the Priests - those who say they represent the word of God - who blocked the wisdom and knowledge which is now re-surfacing on the planet. It is the awakening of our higher selves.

I thank you for coming to visit with me.